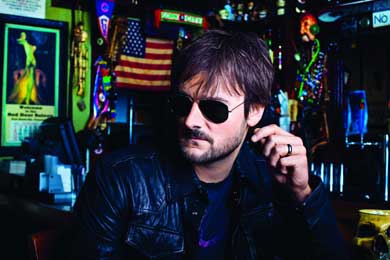 Everybody needs an anthem. Even folks (like me) who find themselves daydreaming about happy hour specials as early as noon on Wednesdays. Shh, don’t tell the bossman.

Though the song might become the scourge of 12-steppers everywhere, Eric Church’s “Drink In My Hand” has knocked back the artist’s first CountryBreakout No. 1. Church has experienced a few firsts in recent weeks: his first CMA nomination for New Artist of the Year, the birth of his first child (Boone McCoy Church), and just yesterday his first Grammy nomination for Best Country Album (for Chief). It’s been a long time coming for Church, who now has three albums and countless live performances (like his game-changing slot on the 45th Annual CMA Awards) under his belt. It might be tough to legitimately call him ‘new’ at this point, but at least the rest of the music world is starting to realize what the folks in Nashville have known for years.

“The Grammys are the ultimate honor for any recording artist,” says Church. “It’s very cool that they recognized Chief in what I feel is the most coveted category. I got into the music business because of great records and the feelings they imparted on my heart. I’ve poured everything I am into making those kinds of albums, and I am very thankful for this nod.”

Starting in 2012, Church will join forces with Brantley Gilbert on the Blood, Sweat & Beers Tour of 50 US cities. I don’t want to jump to conclusions, but I suspect that might be cause for a drink (or two) in the hand. 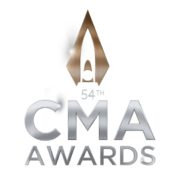 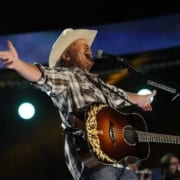 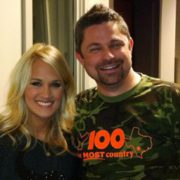