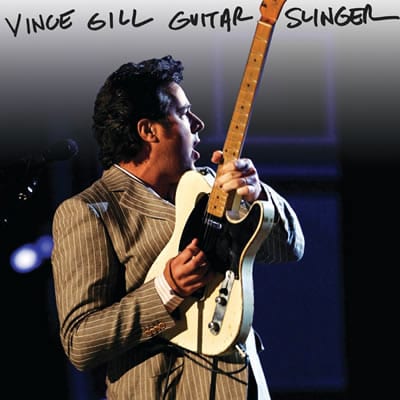 To celebrate, Gill is making a series of television and concert appearances over the next few weeks. He will perform cuts from the new album, which is available in both standard and deluxe editions.

In conjunction with the Guitar Slinger rollout, earlier this month (10/13), Nashville Mayor Karl Dean declared “Vince Gill Week.” The occasion was honored with a party at the Bridgestone Arena.

Gill is scheduled to make the following appearances: