Facing the Challenge of the Cell Phone

I was recently in a meeting with a bunch of industry executives. I snuck in. Each of us was bemoaning the condition of our individual businesses. It was like if we’re going to get kicked in the teeth we wanted to have the worst smile when it was all done.

Radio people complained about the Japanese auto manufacturers not spending money this year on radio because of the tragedy they lived through. To heck with an earthquake, what about my bonus?

Record people complained that they were selling enough music to keep the lights on but that there was real question about the water and sewer bills coming due. Again, the bonus issue came up.

Tour operators complained that acts were asking for too much money and that the live business is not what it used to be. There are not as many sheds as in the good old days.

Publishers were strangely silent. That’s for another column.

I was thinking about how I could get in on this conversation. I don’t have a bonus plan that I could discuss. Then it hit me.

What has changed in the last 10 years that has really made things unbearable for our businesses? What is sucking up the money for live events and recorded music. What is a challenge for radio listening, even in the safe confines of the car?

The overall problem is that families are now paying upwards of $200.00 a month to outfit the household with text machines, music players and even quasi-radios that masquerade as cellphones. The darn things are portable wrecking machines on every level.

I don’t know about your family but if you add something that costs $100-200 a month to the budget, something has to give. It might be that Friday night out for pizzas. It might be a Saturday night at the movies. Though they appear to have stayed level, revenue wise. But you can’t keep track of real ticket sales because the cost of a movie has skyrocketed even before factoring in 3D ripoffs for $4 a ticket more. Do you really need to see the Smurfs in 3D? How blue is blue?

If your kid is a video game addict you’re lucky. At least he or she is not “sexting” 15 hours a day with other kids. Teens have lost interest in anything not attached to a text.

In 2003 CDs accounted for 95 percent of recorded music sales. Today CDs are down to 49 percent. What has increased more than cellphones in those nine years?

So do we all agree that Napster, the Japanese earthquake and diva acts are getting a bad rap.

It’s Verizon, ATT and Sprint that we should be pissed at. And radio would be, except telecom is the number one radio account. Oh the conflict. 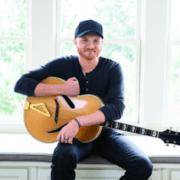 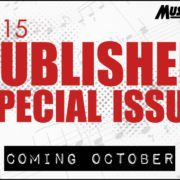 Swift and Underwood Among Best Paid Celebs Under 30

Exclusive: Eric Paslay Gives Fans An Inside Look At The Songwriting Process With ‘The Work Tapes’