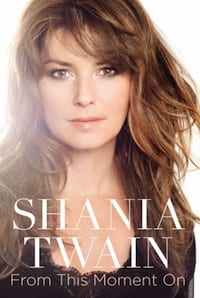 Shania Twain’s autobiography, From This Moment On, is set for release May 3. The singer will be back with a bang this summer, as her new docu-series for OWN: Oprah Winfrey Network will also debut in May.
Twain has experienced monstrous career success, combined with personal highs and lows, but there is no word on what the book will delve into.
The five-time Grammy winner has sold over 75 million albums worldwide. She also triumphed over a painful divorce from husband and producer Mutt Lange. On New Year’s Day 2011 she married Frederic Thiebaud in Puerto Rico, escorted down the aisle by nine-year-old son Eja.
The autobiography is her first book and will be published by Atria Books, an imprint of Simon and Schuster.