BMI honored gospel greats Commissioned and Pastor Shirley Caesar at the organization’s 12th Annual Trailblazers of Gospel Music Awards Luncheon. The event was held January 14 at Rocketown in Nashville and was hosted by Catherine Brewton, BMI VP Writer/Publisher Relations, and Del Bryant, BMI Pres./CEO. The ceremony will be telecast on the Gospel Music Channel Saturday, February 19 at 7 pm. BeBe and CeCe Winans’ “Close to You” was named BMI’s Most Performed Gospel Song of the Year. Written by BeBe Winans and published by Music of Everhits, the song also earned the 2010 Dove Award for Urban Recorded Song of the Year. RCA Nashville recording artist Sara Evans visited Pearl-Cohn High School on Friday (1/14) to give choir students career advice and performance tips in anticipation of their appearance at the Keep the Music Playing All Stars Concert presented by SunTrust Bank at the Schermerhorn on February 1. The students performed and were accompanied by Pearl-Cohn High School Music Director, Llewellyn Peter, on a Baldwin Grand Piano which was donated to the school in 2008 through the Country Music Association’s “Keep the Music Playing” Program. 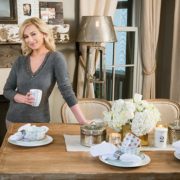