BMI and ASCAP joined forces to throw a party at Rooster’s in Nashville, celebrating Josh Turner’s #1 hit, “All Over Me.” The song was co-written by the “Peach Pickers”—the songwriting power trio of Dallas Davidson, Rhett Akins and Ben Hayslip. The Pickers have also collaborated on Joe Nichols’ “Gimmie That Girl,” and Blake Shelton’s “All About Tonight.” 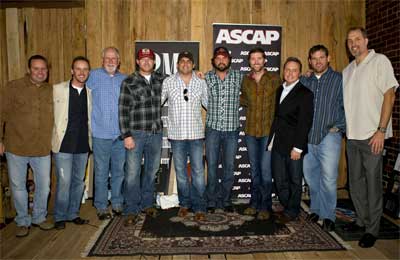 ASCAP hosted a celebration for Brad Paisley’s latest hit, “Water,” with a party at Watermark in Nashville. “Water,” written by Paisley, Chris DuBois and Kelley Lovelace, marks Paisley’s 17th chart-topper and 13th consecutive No. 1 hit. “Water” is also the fourth No. 1 from his lauded American Saturday Night album. 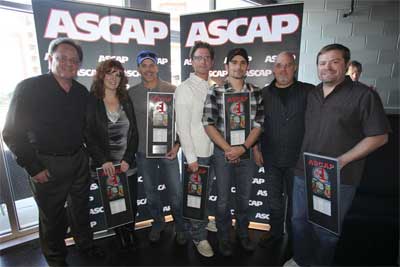 Artist Karli Whetstone recently visited the MusicRow office to play her new single, “I Didn’t” and to gift the staff with promotional mugs featuring a line from the song, “He thought that I should have a D-cup … and I didn’t.” 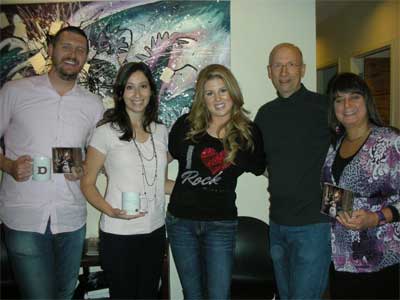