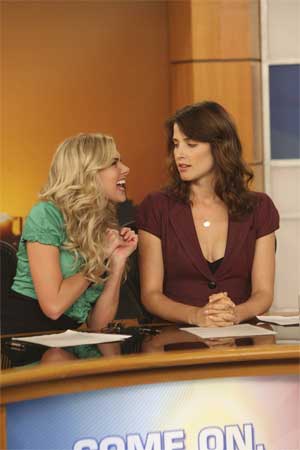 On Monday, October 25th, Mercury recording artist Laura Bell Bundy will make her second appearance on the hit CBS show How I Met Your Mother. Bundy will reprise her role as “Becky,” Robin’s (Cobie Smulders) new co-anchor on the fictional news show Come On, Get Up New York!

“I love it! These people are amazing – from the writers, producers, director to the cast and crew,” Bundy enthuses. “They are all very easygoing and they do great work. It’s a harmonious environment. I have felt very welcomed. It’s a lot of fun.”

Bundy, a Tony-nominated actress, is best known for originating the role of Elle Woods in Legally Blonde: The Musical. She also appeared as Amber Von Tussle in Hairspray and as Glinda in Wicked. She recently released a country album, Achin’ and Shakin’.