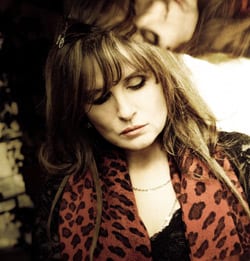 E1 Records artist Deborah Allen and her video crew recently found themselves on the wrong side of Memphis. While in the Bluff City to debut her new release, “Amazing Graceland,” during Elvis Week, Allen was scouting locations for her new video when her team decided to take an interesting, but ultimately very wrong, turn.

Allen, her manager Raymond Hicks, and video director Mark Nicolosi took a service road under the old Memphis Arkansas Bridge for what looked like the perfect location for shooting a nostalgic delta scene. Quickly, the scene turned into a barrage of flashing blue lights and officers charging toward the team with weapons drawn shouting, “Stay in the car! Keep your hands on the dash! Keep your hands in sight and don’t move!”

Allen and crew had mistakenly driven into an area heavily protected by Homeland Security and authorities had been alerted. Turns out the entourage were risking a violation of the Patriot Act. After an interrogation and search, the officers realized that Allen was not a terrorist threat. Before departing, the officers listened to Allen’s new song and were invited to attend her September 10 performance at the Bartlett, Tennessee Performing Arts Center.

Allen’s tribute to the life and home of Elvis Presley, “Amazing Graceland”, is available on i-Tunes and can be heard by visiting www.deborahallen.com.