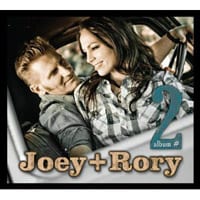 Husband/wife country duo Joey+Rory have filmed a video for “This Song’s For You,” a collaboration with Zac Brown Band and the leadoff single from their upcoming sophomore release, Album #2. CMT is offering a behind-the-scenes look at the making of the video, which spotlights working people in and around the couple’s rural Middle Tennessee hometown. The exclusive footage takes you deeper into the stories of the “stars” in the video and lets you know just how they ended up in front of the camera.

Fans can head to CMT.com on Friday, August 20 for the world premiere of the full length video. Streaming of the video will begin August 25 in addition to being available on iTunes starting August 31. Album #2 hits shelves on September 14.

Check out the behind the scenes video below.