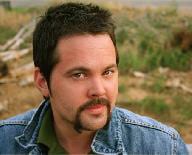 Former Lyric Street artist, singer/songwriter Joshua Ragsdale passed away today in a Nashville hospital after battling leukemia. He was 32.

Ragsdale was a staff writer with Sony/ATV. His song, “Ain’t Much Left Of Lovin’ You,” was the recent debut for Mercury Records artist Randy Montana. Along with legendary songwriter Bill Anderson, Ragsdale co-wrote “Papaw’s Sunday Boots,” which Anderson recently released.

“I’ve never seen anybody that remains so positive and so concerned about others through such personal adversity,” said Ragsdale’s manager, Bob Titley. “With every bit of bad news, he’ll react with three minutes of crying and praying, and then it’s back to this positive energy.”

Ragsdale inspired many people to be tested as potential bone marrow donors during his illness, saying that he knew of five people who had been told they were matches for someone because of his encouragement. Visit www.marrow.org to find out more about joining the bone marrow registry.

Journalist Peter Cooper has written a tribute to Joshua Ragsdale in the Tennessean. Read it here.