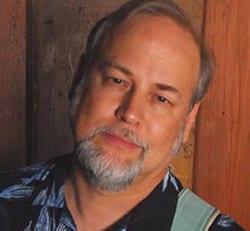 Bassist Dave Pomeroy, President of the Nashville Musicians Association, AFM Local 257, was elected to the International Executive Board of the American Federation of Musicians at the organization’s 98th Convention in Las Vegas last week. Delegates representing the 90,000 members of the AFM voted for a major change in leadership, which has resulted in turnovers in the office of President and Vice President, as well as four out of five of the five-member International Executive Board (IEB).

The IEB serves a three-year term and is responsible for the governance of the federation of locals in the United States and Canada. Other new members of the board include Vince Trombetta, President of Local 47 in Los Angeles, Tino Gagliardi, President of Local 802 in New York City, and Tina Morrison, of Local 105 in Spokane, WA. The remaining incumbent IEB member who was re-elected is Joe Parente, Local 77, Philadelphia, PA.

Tom Lee, President of the Federation since 2001, was decisively defeated by Ray Hair, President of the AFM’s Dallas/Fort Worth Local, and longtime Vice President and former AFM Local 257 President Harold Bradley was unseated by Bruce Fife of Local 99, Portland, OR. Among the incumbents defeated in the field of 16 candidates were IEB members Billy Linneman (former Secretary/Treasurer of Local 257 in Nashville) and Bob McGrew, currently Secretary/Treasurer of Local 65-699, Houston TX.

Secretary/Treasurer Sam Folio and VP from Canada Bill Skolnik were the only other incumbents who retained their seats.

Upon his election, Pomeroy said, “I am honored and humbled to be an International Officer of the AFM, and I look forward to applying the lessons we have learned in Nashville as we work together to modernize and reinvent the AFM.”

The past five years had seen increasing conflict between AFM leadership under President Lee and AFM Player Conferences representing recording and symphonic musicians. The “Unity Slate’ of candidates – Hair, Fife, Trombetta, Gagliardi and Pomeroy – focused on a positive message of bringing the AFM back together, pledging a return to inclusive democracy, fiscal responsibility, and forward-looking initiatives. The delegates overwhelmingly voted to pass the torch of leadership to the next generation. The term of office will be three years, and the new officers will take office next month.