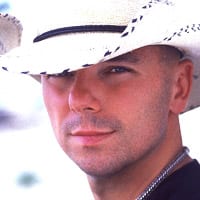 He’s taken batting practice with the Boston Red Sox, been drafted and cut by the New Orleans Saints and is now in the final stages of co-producing and co-directing The Boys of Fall, a 90 minute documentary on high school football. And now, country superstar Kenny Chesney has been chosen as a presenter at the 18th Annual ESPY Awards, broadcast live July 14 at 8:00 PM/CT on ESPN.

“Obviously, I’m friends with an awful lot of coaches and athletes, so being able to do this, is being able to honor a lot of my friends – and that’s always nice,” Chesney says. “I’ve always tried to run my career like an athlete: have that discipline, that work ethic and gamesmanship. To be able to be a part of honoring people who’ve achieved at this level…the honor is all mine.”

A varsity member of the Gibbs High Fighting Eagles, Chesney stopped growing in his freshman year of high school, limiting his ability to play college sports. But growing up in East Tennessee, he never lost his passion for the game.

“When we’re on the road, we wake up with SportsCenter and leave ESPN on all day,” Chesney says. “It’s the one thing on the road that remains a constant for us out there… no matter where we are, it’s the one thing that is always on. So being asked to be a part of something with Drew Brees, Reggie Bush and Terrell Owens is cool.”