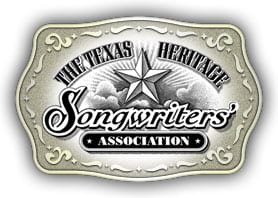 A quartet of iconic Texas-born, Nashville-based songwriters whose work has been recorded and performed by major award-winning entertainers, have been selected as 2011 inductees in the Texas Heritage Songwriters Association (TxHSA) Hall of Fame. Bruce Channel (“Hey! Baby”), Delbert McClinton (“Two More Bottles of Wine,”
“Givin’ It Up for Your Love”), Gary Nicholson (“That’s The Thing About Love,” “One More Last Chance”) and Lee Roy Parnell (“What Kind of Fool Do You Think I Am,” “Love Without Mercy”) will be inducted into the Hall of Fame during an awards show and concert next March.

TxHSA founder Terry Boothe said these honorees are not only Texas music contemporaries, but also collaborators.

“These icons have their own diverse lives and careers, but there is linkage between them that makes it appropriate that they be honored together,” Boothe said.

Noting just several of many instances where these performers have worked with each other, Boothe pointed out that McClinton’s distinctive harmonica work while a member of the Ron-Del’s was featured on a recording of Channel’s  “Hey! Baby.”; Nicholson was once a member of McClinton’s band and later produced two Grammy-winning albums for him; and Parnell co-wrote “Lucky Me, Lucky You” with Nicholson.