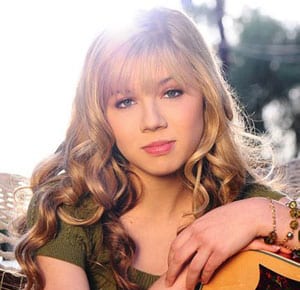 Capitol Records Nashville newcomer and star of the hit Nickelodeon show, iCarly, Jennette McCurdy will be opening for Faith Hill on July 23 at the Ironstone Amphitheatre in Murphys, California and July 24 at the OC Fair and Event Centre in Costa Mesa, California.

McCurdy’s first acting job at 8 years old was the Faith Hill music video for “The Way You Love Me,” where she not only caught the acting bug but also realized her desire to pursue a career in music. A fan of country music since being introduced to Patsy Cline by her grandmother at an early age, she began writing songs and poetry at 7 years old.

“Faith Hill was a huge influence in my desire to pursue a career in country music,” McCurdy says. “To open for her is an honor and I’m so thrilled!”

Last summer McCurdy signed to Capitol Nashville on her 17th Birthday and has been writing for and recording her debut album, The Story Of My Life, in Nashville over the last year. Produced by Paul Worley (Lady Antebellum), McCurdy co-wrote nine of the 11 tracks on the album including debut single “Not That Far Away” which she co-wrote with Rachel Proctor and Blair Daly.

iCarly, currently in production on its third season, airs on Saturdays at 7:00 PM/CT on Nickelodeon.