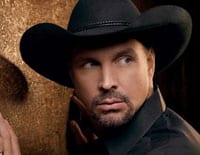 Garth Brooks Joins Daytime Emmys
Garth Brooks will be taking part in next month’s Daytime Emmy Awards. HollywoodReporter.com reports that the country superstar is among the celebrities who’ve signed on to help celebrate American Bandstand and its iconic host, Dick Clark, at the event. Others confirmed for the Bandstand salute include Cher, The Spinners, and Marie Osmond, along with Barry Manilow, Ann Margaret, American Idol judge Simon Cowell and Jay Leno.

Brad Paisley Charms British Media
Brad Paisley is in London performing two sold-out shows and guesting on BBC Breakfast on BBC One TV, the UK’s highest-rated morning show. He and show hosts Charlie Stayt and Sian Williams, chatted about why he wears a hat, how he met his wife and why he loves country music. On Wednesday Paisley visited with BBC Radio 2’s Bob Harris and taped a segment complete with an acoustic performance for Harris Country and also visited with Mark Coles on BBC World Service The Strand.

Lynyrd Skynyrd Honored by U.S. Congress
Legendary southern rock band Lynyrd Skynyrd was honored this week in the U.S. Congress by Florida Congressman Connie Mack and Alabama Congressman Spencer Bachus during a reception at the U.S. Capitol. The congressional honor for the group came during a visit to Washington including stops at both the Capitol and the White House. Representatives Bachus and Mack presented a Congressional Record tribute to the band members, recognizing the band’s career and successes.

Jaron Takes The Short Road To No. 1
Fans have been flocking to iTunes for the debut album from Jaron and The Long Road To Love, causing the album to soar to No. 1 on the iTunes Country Chart less than 24 hours after its release. Released on Tuesday (6/22), Getting Dressed in the Dark is currently in the Top 10 overall albums on iTunes. The albums leadoff single, “Pray For You,” has already reached Gold status, selling more than 500,000 copies. 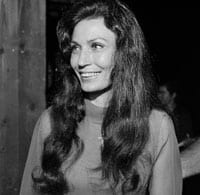 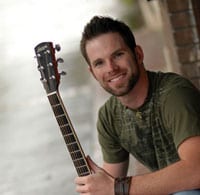 Todd O’Neill – The Human Jukebox
Country newcomer Todd O’Neill is currently on a radio tour promoting his latest release “Somethin’ With Some Attitude,” and executives from his label are learning something new about the singer.

“He can basically sing anything from Otis Redding to Nickelback,” says Aria Records’ Barbara Farkas.
O’Neill started taking requests during station visits, amazing station staffers with his ability to perform virtually anything from any genre. From there, things evolved into a game where staffers write down requests and O’Neill plays them on the spot.

“He’s only been stumped twice,” Farkas says. “There was a Styx tune he
didn’t know and a rap song. That’s it. We call him the human jukebox.”

Currently collaborating with producer Jim Allison in the studio, O’Neill will be featured in Great American Country’s (GAC) Get To Know segments in July.

Nashville’s Cooperstand “Best Of Show” at NAMM
Last weekend’s NAMM show at the Nashville Convention Center featured well-known mega-companies like Fender, Gibson and Yamaha, but also turned the spotlight on smaller companies and products. One such product is the Nashville-made Cooperstand, a diminutive-and-durable instrument stand that folds up and fits into the headstock area of a guitar case. The brainchild of two Nashville songwriters – Melanie Dyer and Daniel Cooper – this innovative product was nominated in NAMM’s “Best of Show” category, the only Nashville-made product to earn that distinction. To learn more about this cool accessory, visit www.cooperstand.com.