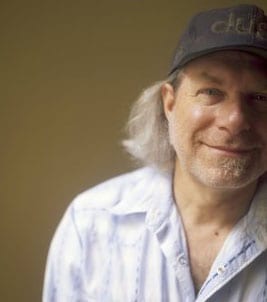 Acclaimed singer/songwriter/guitarist Buddy Miller will bring his guitar, his songs and some of his favorite collaborators when he takes the Ford Theater stage as the Country Music Hall of Fame® and Museum’s 2010 Artist-in-Residence. Miller will serve as host and curator for the intimate evening performances, which are slated for August 10, 17 and 24 at 7:00 PM.

Miller’s residency marks the official re-opening of the Museum’s Ford Theater, which was damaged in the catastrophic flood that hit Nashville in May. And, for the first time, attendees will have a choice of ticket options for each performance, including exclusive packages that provide dinner, reserved parking and a commemorative Hatch Show Print poster. In addition, the Museum’s galleries will be open to all ticket holders prior to each performance beginning at 5:15 PM. Miller is featured in the Museum’s newly expanded core exhibit, “Sing Me Back Home: A Journey Through Country Music.”

Established in 2003, the Museum’s residency program annually honors a musical master who can be credited with contributing a large and significant body of work to the canon of American popular music. Honorees are given a blank canvas – the Museum’s acoustically pristine, 213-seat Ford Theater – to deliver an up-close-and-personal musical experience. Previous honorees include Cowboy Jack Clement, Earl Scruggs, Tom T. Hall, Guy Clark, Kris Kristofferson, Jerry Douglas and Vince Gill.

“Buddy Miller is a one of those rare, gifted musicians who has not only built an impressive resume of relevant, multilayered compositions and recordings that document the pain, joy and triumph of the human experience, but who also possesses a genuine passion for facilitating the visions of others through producing, songwriting and musical accompaniment,” said Museum Director Kyle Young. “His unflinching dedication to his craft, along with his collaborative spirit, makes him a perfect fit for the Museum’s artist-in-residence series.”

Buddy Miller residency event tickets can be purchased exclusively by Museum members for $40 beginning Friday, July 16, at 9:00 AM by visiting the Museum’s website (a one-year Museum membership is $35, and ticket buyers must purchase membership prior to the on-sale date). Tickets will go on sale for $45 to the general public at 9:00 AM Tuesday, July 20, and should be purchased via the museum’s website. There is a four-ticket limit, per show, to each order. For more information, call (615) 416-2001 or visit the museum’s website.