Photographer Alan Mayor has been shooting photos for Nashville’s music community for decades and remembers well the flood that inundated the Opry House back in 1975. As with the 2010 flood, the show went on as planned, relocated to Nashville’s Municipal Auditorium. Mayor offered the following shots and reminiscences.

“This current flood has me back in my files to the flood of 1975 that covered Opryland and caused the Opry to move to the Municipal auditorium,” Mayor says. “Here are a couple of shots from that close call. No one thought it would ever happen again.” 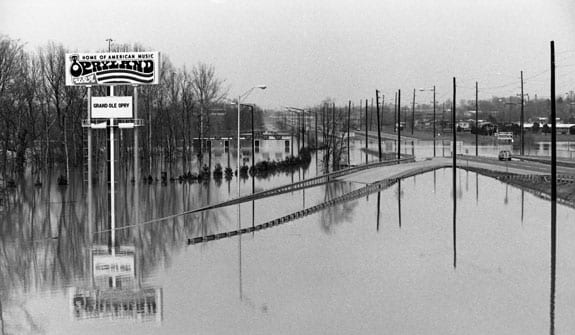 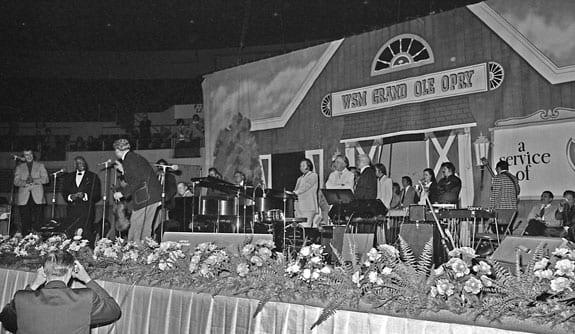