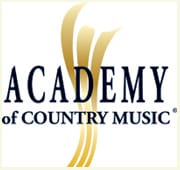 Today (3/12) the Academy of Country Music announced the full list of radio award winners that will not be televised on the upcoming ACM Awards due to time constraints. The ceremony will be broadcast live from the MGM Grand in Las Vegas on Sunday, April 18 at 7:00 PM CT on CBS.

Cody Alan, the host of CMT Radio Live with Cody Alan, was named National On-Air Personality of the Year. CMT Radio Live is CMT’s premiere country music and entertainment radio show. Alan has received numerous national awards, including DJ of the Year from Country Radio Broadcasters. He has also been honored at the Grand Ole Opry and featured in USA Today and GQ. A five-time Radio and Records Music Director of the Year, Alan’s accolades also include honors from Billboard and the Radio Music Awards.

BNA Records artist Craig Morgan, a member of the Academy of Country Music’s Board of Directors, and Executive Director, Bob Romeo called all the winners this morning to surprise them with the news.

Winners in radio categories will be invited to receive their awards at a private reception in Las Vegas on Saturday, April 17, the day prior to the ACM Awards.

ON-AIR PERSONALITY OF THE YEAR WINNERS: