Taylor Swift, Zac Brown, Kings of Leon….
The biggest and brightest Grammys all have a thread that at least a few thousand of us should be smiling about this morning. NASHVILLE!

Now we all knew Ms. Swift was going to need a valet to help her get all of hers to the limo. She is a true phenomenon and is getting just rewards for making music that millions of people love and want—I’m one of them. But, frankly Nashville has always thrown out a gem every generation or so that reaches dizzying heights.   So, you can almost dismiss that to “blind pig, truffle” cynicism if that makes you more comfortable—more comfortable in a high rise office in a city where the bar b cue sucks, that is. 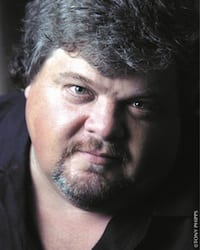 But just to look back up at those three names and think about the scope of music that is there—Contemporary pop/country at its finest. New traditional, college town, party band gun slingers and then, well frankly, one of the best pure rock bands to come along in years.

Once again, cynicism might come in and look for threads to connect them—that one label, one a&r person is really hitting the premium koolaide and it all teeters on one fragile stack of luck, timing and marketing and promotion. All gone with the slightest shift.

But, no. The only thing more varied than their music is their completely different journey up the mountain. In fact, I can’t think of ONE place where their paths crossed even in some way-back-in-the-boiler-room industry way.

Well, I can think of one thing that connects these souls barely within light years of one another—NASHVILLE.   Not so much that everyone lived here as much as they found what they needed to do what they do here—and they needed nothing more. What they found here was people who still believed in great music and did all they could to get it  out there. Now, that is not to take away from all of the people who are very involved all over America to get acts up there on the stage thanking the academy—but, at the same time, I will not stand by and have NASHVILLE minimized as these entities step forward either.

What was going on at the Grammys last night was only what me and some of my friends have been seeing for the last few years breaking the surface. It really is all coming to NASHVILLE. I went to dinner a few months ago with a multiple Grammy winning, LA rock star—certified, type guy who was in town working. When I got to the table and saw that he had his wife with him I jokingly leaned over and said, “So, when are you moving to town?”  His eyes got big and he leaned in and whispered, “Man, who told you? I’m trying to keep it under the radar since I have a record coming out—but my wife came with me this time to look at houses.”

That conversation in various forms has been happening a lot in recent years and after the Grammys last night  I’m charging up my phone cause I know it’s gonna be blowing up this week with people calling asking for a placement in  advanced hillbilly lessons from their lil’ country mouse buddy, Craig. The difference being 5 years ago  it was guys who had cooled off  in the pop world hoping they could learn how to rhyme window and fender. Now days its pop and rock writers and producers who are going to keep on doing what they do—they just see they need to do it in a place where music is alive and players play and, well….people thank the academy.

In this last month alone—Kara Dioguardi, The Academy Is, Hinder, The Plain White T’s, Mike Elizondo, (M&M’s producer and writer- dude!!!), Joy Williams, just to name a few have all been in my building—writing and loving NASHVILLE. amen.

Least we forget—Keith and Carrie and Kenny and Brad and Darius and Lady A and Toby and Rascal F and B&D and Alan and Tim and Faith and Jason and so many others that have long held the flag high. No one can speak of the success of our fair city without mentioning some of the ones that made it amazing already. Dig you guys and proud to know you.

Take heart my friends—this truly is music city. The industry is shrinking—but it is shrinking to us—and I can’t help but see more and better. I can’t help but look up at those names at the top of this and see that people stopped over-thinking it and just put out great music and the world responded. I am SO proud of us and excited about the days ahead. I am SO convinced that we have all we need to do anything we want to do.

Blessings to you all.
Craig Wiseman