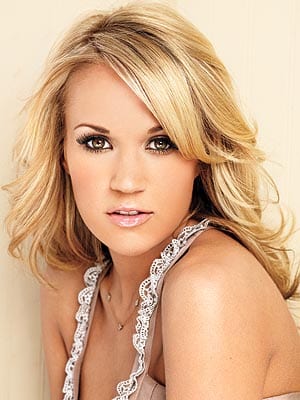 Five-time Grammy award winner Carrie Underwood has landed a supporting role in her first feature film, Soul Surfer. The movie is based on the autobiography of 19-year-old champion surfer Bethany Hamilton, who has defied the odds to win professional championships after losing her arm in a shark attack at age thirteen. Underwood will play Sarah Hill, a church youth leader. Filming is to take place in February

In other Underwood news, the singer will perform the national anthem at this Sunday’s (2/7) Super Bowl XLIV and will appear on the cover of the March issue of Cosmopolitan, with an Allure cover feature hitting stands for their April issue. In addition, the video for her latest single, “Temporary Home,” is today’s #1 video on iTunes. “Temporary Home” will hit the will make its television debut February 4 in Hot Shot rotation on CMT and in Turbo rotation on GAC.

Looking ahead, the singer will make her first appearance at the prestigious Hollywood Bowl on Saturday, October 2, with a concert performance that will involve the renowned Hollywood Bowl Orchestra.