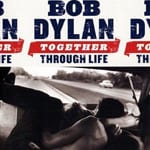 You’d think everyone else would turn tail and flee the field.

With a new Bob Dylan album in the Americana music mix, everyone else should pack it in, right? Well, Dylan may have the Disc of the Day, but the current collections by Buddy & Julie Miller, Eric Brace & Peter Cooper and Jesse Winchester are all so winning that you’ll want to hear them in your speakers repeatedly, too.

I am in total agreement with the AMA that The Belleville Outfit is a contender for Emerging Artist of the Year. The group wins this column’s DisCovery Award. 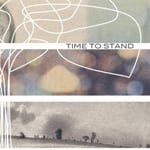 JESSE WINCHESTER/O What A Thrill
Writer: Jesse Winchester; Producer: Bil Vorndick & Jesse Winchester; Publisher: Bug, ASCAP; Appleseed (track) (www.jessewinchester.com)
-What took so long? Love Filling Station is Jesse’s first studio album in 10 years. Whatever the reasons for his absence, the fact is that he remains a major, major talent. From the opening notes of this first track, he captivated me anew. The tune was originally popularized by The Mavericks back in 1994. In addition to nine originals, the collection includes lovely covers of Ben E. King’s “Stand By Me,” Freddie Hart’s “Loose Talk” (as a duet with Claire Lynch) and the gospel tune “Far Side Bank of Jordan.” Throughout the CD, Jesse is backed by a stellar Nashville crew including Jerry Douglas, Russ Barenberg and Andy Leftwich. If you are unfamiliar with this man’s sound, prepare to fall in love.

STEVE EARLE & JUSTIN TOWNES EARLE/Mr. Mudd And Mr. Gold
Writer: none listed; Producer: Steve Earle; Publisher: none listed; New West (track) (www.steveearle.com)
-Steve’s tribute album to his friend and mentor Townes Van Zandt is titled simply Townes. How perfect is it that his son, partly named after the late singer-songwriter, joins him to duet on this title? Tom Morello (“Lungs”) and Steve’s wife Alison Moorer (“To Live Is to Fly”) also put in appearances on this sterling, homemade folk-music collection.

JACK WESLEY ROUTH/Another Season
Writer: Jack Wesley Routh/Randy Sharp; Producer: Randy Sharp & Jack Wesley Routh; Publisher: Ten-Cal/With Any Luck; Ninnessean (track) (www.jackwesleyrouth.com)
-This laconic ballad is the title tune and lead-off track to this singer-songwriter’s new CD. Some of you might recognize Routh’s “Shores of White Sands” (as recorded by Karen Brooks) or “The Connection” (Emmylou Harris). His own dusty, stark, spare versions of those songs are here, as are a pair of things he co-wrote with his former father-in-law, Johnny Cash-“Field of Diamonds” and the previously unrecorded “When the Trains Come Back.”

BOB DYLAN/Beyond Here Lies Nothin’
Writer: Bob Dylan/Robert Hunter; Producer: Jack Frost; Publisher: none listed; Columbia (track) (www.bobdylan.com)
-Yes, the songs on Dylan’s new Together Through Life are terrific. But what’s equally important is the extraordinary ensemble sound he conjures up on the disc. A dash of trumpet here, a dose of Tex-Mex accordion there and a rumbling rhythm section underscore his black-humor, lowered-down vocals. It’s a heady, addictive mash-up of sonic styles that this master artist pulls off brilliantly. Start with this track, then dive in deeper. For my money, this is by far the best of his late-career collections to date.

ERIC BRACE & PETER COOPER/I Know A Bird
Writer: Eric Brace; Producer: Peter Cooper & Eric Brace; Publisher: Dry Digging Tunes, BMI; Red Beet (track) (www.redbeetrecords.com)
–You Don’t Have to Like Them Both is the debut collaboration by these two singer-songwriters. It’s a folk-country outing that kicks off with this tuneful, wistful ditty. Eric’s hearty baritone leads the way with Peter offering soft tenor harmony. Lloyd Green’s legendary steel-guitar prowess is used effectively throughout, and among the guest gunslingers are Richard Bennett, Tim O’Brien, Daniel Tashian, Kenny Vaughan and Tim Carroll. In addition to singing their own tunes, Peter and Eric draw from the works of David Olney, Kevin Gordon, Paul Kennerley, Jim Lauderdale, Kris Kristofferson and Todd Snider. Miss this one at your peril: These two sound great together.