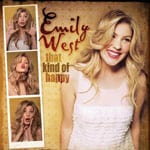 Pretty is as pretty does.

Pert Emily West is a living doll. And now she has the single that has the potential to make her the star she deserves to be. Give the little lady a Disc of the Day prize.

There’s a band in Texas called Spur 503. I have reviewed them once before, but this time I’m hearing something really special. To them, I give a belated DisCovery Award. 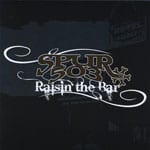 But some of our most newsworthy releases this week come from veteran stars. Dolly Parton is still firing on all cylinders as a writer and singer, more than 40 years since she first made the country charts. She is an absolute wonder. Up in Canada, 68-year-old Ray Griff is still writing good new tunes, too.

Willie Nelson’s RCA sides of the late 1960s and early 1970s were drowned in Nashville Sound productions of the era. Now they have been “un-produced,” and the result is nothing less than sensational listening.

SPUR 503/I’ll Be Gone
Writer: Chance Cody/Greg White; Producer: none listed; Publisher: none listed, BMI; Overdrive (www.spur503.com)
—Splendidly rocking. The electric guitar is down and dirty. The rhythm section is a thundering machine. The fiddle swivels and sways. And the lead vocalist has grit to spare. Crank it up! Make these boys stars.

EMILY WEST/That Kind Of Happy
Writer: Sherrie Austin/Mallary Hope/Will Rambeaux; Producer: Mark Bright; Publisher: Melrose Nashville/Lil’ Aussie Batter/Sony ATV Cross Keys/my Good Girl/Oven, BMI/ASCAP; Capitol Nashville
—This kid is charisma on the hoof. This fizzy rocker will get you out of your chair and bopping around the room like a giddy teenager. What a beam of joy this is. Play it again. And again.

LANCE MILLER/George Jones And Jesus
Writer: Lance Miller/Austin Cunningham; Producer: none listed; Publisher: Famous/Song Matters/EMI April, ASCAP; Lofton Creek/Big 7 (www.lancemiller.com)
—Hard-core country, as you might guess from the title. Lance is a superb honky-tonk stylist, and this gives him plenty of room to twang. Toss yer cowboy hat in the air and give a rebel yell.

DOLLY PARTON/Backwoods Barbie
Writer: Dolly Parton; Producer: Kent Wells & Dolly Parton; Publisher: Velvet Apple, BMI; Dolly (track) (www.dollypartonmusic.net)
—The title tune of Dolly’s latest CD bops along, dropping fiddle and steel notes every which way. The lyric asks that you judge her by what’s inside, rather than her glam exterior. I always have. And I think she’s as cool as the breeze, inside and out.

WILLIE NELSON/The Ghost
Writer: Willie Nelson; Producer: Mickey Raphael; Publisher: none listed; RCA (track)
—Actually, the production credit reads, “Un-produced by Mickey Raphael.” The Naked Willie CD consists of old 1960s and 1970s RCA sides that originally had Nashville Sound strings and background voices on them. Mickey stripped things down to the rhythm tracks and a few key lead players on guitar or piano. The results are extraordinary, for Willie was at the peak of his vocal powers, and now you can hear some of his finest songs in beautifully unadorned arrangements. “The Ghost,” “I Just Dropped By,” “The Party’s Over,” “Following Me Around” and the like are now officially masterpieces. This is the finest Willie Nelson album in years.

RAY GRIFF/Bring It On
Writer: Ray Griff; Producer: Ray Griff; Publisher: Calnash, SOCAN; Focus (Canada) (track) (www.raygriff.com)
—Ray Griff was inducted into the Canadian Country Music Hall of Fame in 1998 and was given SOCAN’s Lifetime Achievement Award last year. But this veteran is still writing and singing new tunes. The title song to his latest self-penned collection is a dandy shuffle that proves he’s as solid as ever at age 68.