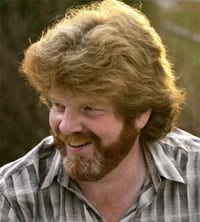 Fresh off his big success with “Down The Road,” his chart-topping duet with Kenny Chesney, respected singer/songwriter and reigning CMA Musician of the Year Mac McAnally has signed with Toby Keith’s Show Dog Records.

“There’s nobody more respected, at least when it comes to musicians and people who really know this business, than Mac McAnally,” said Keith. “So getting to be a part of whatever Mac wants to do is an honor for me, and for everyone at the label.”

McAnally, a Nashville Songwriters Hall of Fame inductee and a longtime member of Jimmy Buffet’s Coral Reefer Band, is also nominated for Vocal Event of the Year for the Chesney duet at the upcoming ACM Awards (airing Sunday, April 5th, 2009 at 7:00 PM CT on CBS). While “Down The Road” marks McAnally’s first No. 1 as an artist, he’s hit the top six times as a songwriter. His record production clients over the years have included Buffet, Ricky Skaggs, Sawyer Brown, Chris LeDoux and Little Feat.