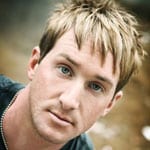 The Raconteurs are the latest pop act to put their toes in our country waters. Come one, come all, say I.

We have several youngsters in our listening stack today. One of them, Matt Gary, walks off with a DisCovery Award.

Mercury’s Billy Currington is on a roll. Thanks to his ultra-smart song selection, he earns this week’s Disc of the Day. 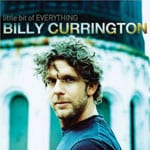 Music/Frank Myers/Big Tractor/Curbtone, BMI; 17 Music Entertainment (www.mattgarymusic.com)
—Promising. He sings with gusto, the song is terrific and the production is right up in your face.

ONE FLEW SOUTH/Life
Writer: Chris Roberts/Billy Mann; Producer: Marcus Hummon; Publisher: Sony ATV/Fresh Pond/Turtle Victory, ASCAP/SESAC; Decca (track)
—The lyric is pure poetry. The production is a swirl of wonder. The harmonized vocals are celestial. This little piece of magic is like a country version of CSN&Y.

DARYLE SINGLETARY/Love You With The Lights On
Writer: Chris Dubois/David Cory; Producer: Greg Cole & Chuck Rhodes; Publisher: EMI April/New Sea Gayle/Universal Careers, ASCAP/BMI; Koch (615-594-7684)
—I just love this guy’s voice. The song is one of those classic country-bedroom thangs that have worked so well in this format so often. Also, the guitar solo is cool.

BILLY CURRINGTON/People Are Crazy
Writer: Bobby Braddock/Troy Jones; Producer: Carson Chamberlain & Billy Currington; Publisher: Sony ATV/Tiltawhirl/Carnival/Crozier; Mercury
—This story song knocks me out. I want to hang out with that old man in a bar, too. And when was the last time you heard somebody whistling the tune at the finale of a song?

JOEY & RORY/Play The Song
Writer: Rory Feek; Producer: Carl Jackson; Publisher: State One Songs America/A Sling and a Prayer/FSMGI, ASCAP/IMRO; Sugar Hill (track) (www.joeyandrory.com)
—They’re nominated for an ACM award. Hooray. They deserve it so much. The bopping new single is a shout-out to radio to let the listeners decide whether they like it or not. Amen to that.

THE RACONTEURS with RICKY SKAGGS & ASHLEY MONROE/Old Enough
Writer: Brendan Benson/Jack White III; Producer: Jack White III; Publisher: Chrysalis/Gladsad/Third String, ASCAP/BMI; Warner Bros.
—This is a nifty little hoedown. Ashley kicks things off, then Jack takes over with her and then Ricky providing harmony vocals. Fiddle and mandolin dominate the percussive track, so it’s actually more “country” than most of what you hear on country radio. Highly engaging.

KATHE KNIGHT/I’m Gonna Be A Country Girl Again
Writer: Buffy Sainte-Marie; Producer: John R. Craig; Publisher: Almo/Gypsy Boy, BMI; TAM (CDX) (828-758-2349)
—Buffy Sainte-Marie’s catalog should be explored by more country acts. Songs like “Take My Hand for Awhile,” “Until it’s Time for You to Go,” “The Piney Wood Hills” and “A Soulful Shade of Blue” are simply masterpieces. This ditty is another one I’ve always liked. Knight’s delivery is sweet, the track is a toe tapper, and I love the bass-singer harmony part on the choruses.

NIKKI BRITT/Do I Look Like Him
Writer: Rita Weyls; Producer: Brien Fisher & Jack Schneider; Publisher: Iron Skillet, ASCAP; Rustic (CDX) (www.rusticrecords.com)
—The little girl grows up without a daddy. After a long, long time he decides he wants to see her. Britt handles the sentimental material confidently, and the piano-dominated production supports her at every turn.