With last week’s success of the Rascal Flatts concert at Madison Square Garden in New York City, the band became the first country act to sell out the famous venue three consecutive times. They have played there on the last three tours: 2006’s Me & My Gang Tour, 2007’s Still Feels Good Tour and this year’s Bob That Head Tour. The current outing will run through March 14 with Epic/Columbia Nashville’s Jessica Simpson opening. The Lyric Street band, which has sold 18 million albums, is also busy planning the April 7 release of its latest project Unstoppable.

Britta Coleman has been promoted to the newly created position of Manager, Marketing Operations for Sony Music Nashville. The 16-year company veteran most recently served as Manager, Label Operations for the label group’s BNA Records. Her longtime work within the BNA promotion department dates back to the research leading to the imprint’s 1991 launch.

As Coleman advances, a new person has been confirmed to join the BNA team, with a formal announcement expected in the next few days. 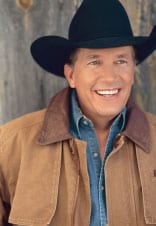 George Strait will headline the grand opening of the new Dallas Cowboys football stadium on June 6. “I grew up in South Texas and have always been a Dallas Cowboys fan,” says the recent Grammy winner who will share the bill that day with Reba McEntire, Blake Shelton and Julianne Hough.

The $1.1 billion facility has seating for 80,000 and can expand to accommodate 100,000. Besides being the home of the Cowboys, it will host the annual AT&T Cotton Bowl Classic, the 2011 Super Bowl, the 2010 NBA All-Star Game and the 2014 NCAA men’s basketball Final Four. The stadium has the world’s largest HD quality video board, an expansive retractable roof, and the world’s largest retractable end zone doors.

Before Strait heads to Dallas, he will be honored on April 6 with the Academy of Country Music’s Artist of the Decade award in Las Vegas. The 19-time ACM winner also received four nominations for this year’s show.

Also at Fox: Nashville’s Fox 17 WZTV is going ahead with tonight’s digital TV transition, and will end its analog signal at midnight. Today was the transition date scheduled more than a year ago. Broadcasters can choose whether or not to ditch the signal now, or turn it off before the mandatory deadline of June 12. According to the latest Nielsen research, about 30,000 people in the Nashville area (3.5 percent of the media market) will be affected by the change.

Sirius XM Radio is avoiding bankruptcy through a $530 million loan from Liberty Media, the company which owns DirecTV and television outlets including QVC and Discovery. In exchange for the money, Sirius is giving Liberty 40 percent of its common stock as well as seats on its board of directors. The loan will be used to pay off the satcaster’s $175 million in debt that is due today, to pay debts coming due in May and at the end of the year, and for the general running of operations.

The first phase of the plan includes a $280 million senior secured loan from Liberty to SIRIUS XM, $250 million of which will be funded today. The second phase provides an additional loan of $150 million to XM Satellite Radio, SIRIUS XM’s wholly owned subsidiary.

[Update 2/16; 9 pm] Gaylord has now announced it will reduce 3.5% of its workforce nationwide, cutting about 350 jobs. 180 positions will be eliminated in Nashville.

According to the Fort Worth, Texas Star-Telegram, Gaylord Entertainment laid off 30 full-time people today (2/16) from its resort in Grapevine, Texas. The property has a workforce of about 1,850 total. The article says that Gaylord spokeswoman Martha Neibling refused to comment on possible cuts at other Gaylord properties in Nashville, Orlando, and the Washington DC area.

Gaylord CEO Colin Reed recently announced that the company’s Opryland hotel had suffered a 7.1% drop in revenue per available room during the 4Q 2008 compared with the previous year. “We ended the year in an economic environment that continued to rapidly decelerate and since then, has shown no signs of improvement,” Reed told the Nashville Busness Journal. “Meeting planners are deferring decision-making, shrinking the booking window for 2009 and 2010 business.”

The National Association of Broadcasters (NAB) and SoundExchange have reached an agreement on streaming rates for local radio stations that simulcast online or that have other Internet stations. For 2009-10 these rates will be reduced by about 16%, then they will gradually increase through 2015. In 2009 the rate will be $0.0015 per streamed sound recording, and by 2015 it will be $0.0025 per stream. 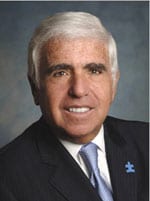 Sirius XM Radio chief executive Mel Karmazin may be removed from his post by creditors if the company files for bankruptcy instead of making a deal to remain operational, the Wall Street Journal reports. Among the satcaster’s options to stay afloat are making deals with either EchoStar or Liberty Media Corp. The New York-based Sirius XM is supposed to repay $175 million in bonds held by EchoStar Corp. by tomorrow’s (2/17) deadline, or bankruptcy could be imminent. Some reports say word on the outcome could come as early as today (2/16). 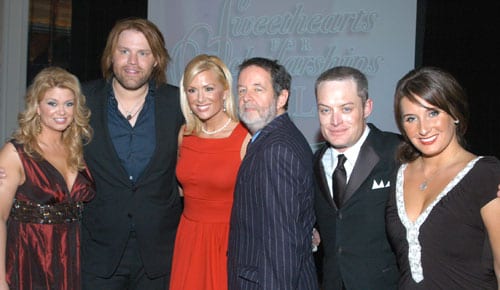 Wynonna mentored Belmont University’s Music Business students last week as part of the school’s The Insider’s View series. Students of a Record Company Operations class produced and promoted the event which also served as a CD release party and concert for her latest release, Sing.

On Sat., Feb. 21 Belmont and its music business students will present the 2009 Country Showcase. Great American Country’s Nan Kelley has signed on to host the 7 PM show at the Curb Event Center where Belmont artists Jenna Basso, Steven Darden, Cassidy Lynn, W.C. Marion and The Westbound Rangers have been selected to perform following a rigorous audition process. They will sing for industry judges Gina Keltner, Talent Manager of the Grand Ole Opry; Freeman Wizer, Creative Manager of Universal Music Publishing Group; and Steve Powell, General Manager of Bandit Lites. Admission to the 2009 Country Showcase is free and open to the public. VIP seating can be reserved for music industry professionals who RSVP at [email protected] 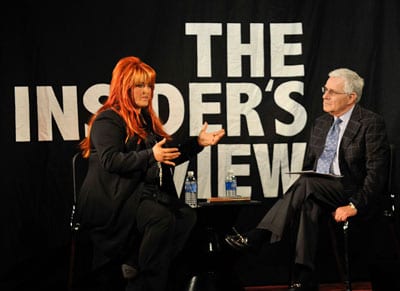