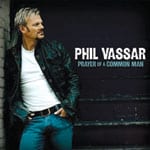 All I have to say is, “wow.” I can’t remember the last time so many records deserved a Disc of the Day award. How to choose between Alan Jackson’s sweet/sad acoustic ballad, The Zac Brown Band’s groove-a-thon, Wynonna’s celestial performance, Love and Theft’s dizzy pop confection, Dierks Bentley’s party platter and Jefferson Ross’s brilliant songwriting?

In the end, I went with the one that moved me most emotionally, “Prayer of a Common Man” by the heart-tugging Phil Vassar. But let me hasten to add that all seven of these records deserve your attention and support. 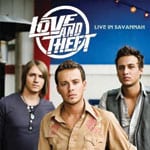 Carolwood Records is the new Lyric Street imprint. It is also the home of our DisCovery Award winning group, Love and Theft. Who are these guys?

Our runners up for this honor, by the way, were Mr. Ross and the duo of Nathan Chance. You can’t miss Chance when he’s on Music Row. He stands over 6’6” tall.

DIERKS BENTLEY/Sideways
Writer: Jim Beavers/Dierks Bentley; Producer: Brett Beavers & Dierks Bentley; Publisher: Sony-ATV Tree/Beavertime Tunes/Big White Tracks, BMI/ASCAP; Capitol Nashville (track)
—You worked all week, it’s time to play. And here’s your soundtrack, a party-hearty anthem that’s meant to get you out on that dance floor. Everything works here, from the mash-up of banjo and steel to the shouted “Heys,” the crowd noise and the rollicking rhythm. Somewhere in there hollering is label boss Mike Dungan, making his disc debut.

NATHAN CHANCE/I Think She Loves Me
Writer: Dukas/Anderson; Producer: Kevin Lawson; Publisher: none listed; Nathan Chance (www.chancemckinney.com)
—Nathan Arneson and Chance McKinney were solo acts with solid followings in the Pacific Northwest. In 2006, they decided to combine forces and form a duo. This shouted rocker has loads of energy and power. The stunning “Some Bridges Don’t Burn” proves they can handle a ballad as well. These dudes have audio charisma, and their stage show must be pretty good, too. They’ve opened for Chesney, Strait, Rascal Flatts, Martina and loads of other top headliners. This format needs more duos, especially ones that sound as good as this one. Send a full CD ASAP.

MELISSA CLEVELAND/It’s All About Me
Writer: Victoria Colbert/Brandon L. Shane/Nicole Nichols; Producer: Brandon Lynn Shane; Publisher: Shanethang, BMI; Mirror Image (track) (www.melissacleveland.com)
—It’s a feisty-female “attitude” tune. She’s sick of being a housewife drudge and is aiming to go out on the town to kick up her heels while he stays home for a change. The fiddler and guitarists sizzle around her scratching-kitten-claws vocal.

JEFFERSON ROSS/The Prophet Elijah
Writer: Jefferson Ross/Alison Mellon; Producer: Jefferson Ross; Publisher: none listed; Deep Fried Discs (track) (www.jeffersonross.com)
—Jefferson is a Curb writer who has been on the road backing Terri Clark for 10 years. She tipped me off to his talent, and his debut CD arrived in the mail a few days later. What a find. He sings with immense heart and believability. This terrific track is about the injustice and violence faced by a peace-loving old black man. You’ll hang on every word of this tender story song. And the rest of his Azalea collection is just as strong.

ZAC BROWN BAND/Whatever It Is
Writer: none listed; Producer: none listed; Publisher: none listed; Big Picture (ERG)
—The Zac Brown Band’s second single is just as winning as “Chicken Fried” was. And it is even more irresistibly tuneful. There’s just so much honesty and integrity in the group’s singing and playing. I’m digging this groovy combo more and more.

WYNONNA/Sing
Writer: Rodney Crowell; Producer: Brent Maher & Don Potter; Publisher: Sony-ATV Milene/J Only, ASCAP; Curb (track)
—Wy’s Sing Chapter 1 album is a collection of mostly covers of classics such as “Ain’t No Sunshine,” “Til I Get it Right,” “Anyone Who Had a Heart,” “I’m So Lonesome I Could Cry” and “When I Fall in Love.” Not everything is a standard, however. The title tune and first single is a thrilling, inspirational melody from a Nashville Songwriters Hall of Fame member. She soars into the stratosphere on this fabulous performance. For a sassier side of her prowess, check out the swinging revival of The Boswell Sisters’ 1932 gem “That’s How Rhythm Was Born.” This is Wy’s strongest album in years. Buy it.