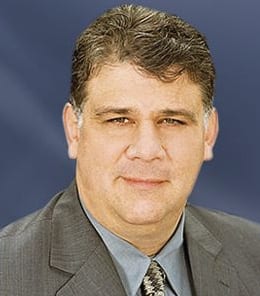 Like it is for all Awards shows, the ACM final nominees announcement was a cause of joy and pain for various artists whose names did and did not appear on the coveted list. Some mainstream brands were missing in categories where they seemed essential and a few relative newcomers caught a wave that some might say was larger than the stage of their career. But the ACMs have a built in reality meter—the fans—who this year will again vote for Entertainer and for the first time also choose a Top New Artist.

So what is the case for and against fan voting? Years ago, there was no practical way to reach and tabulate votes from millions of fans in a short time. Today’s new media encourages a one-on-one relationship which makes voting easy and has the added benefit of possibly continuing the dialog with each fan during the year. Awards shows and networks are also dedicated to winning the ratings wars, so it makes sense to find out directly from the fans who they consider entertaining and will tune in to watch. It also seems reasonable to assert that regardless of the purity of the process or safeguards taken, industry voters will stretch to affirm their vested interests.

To balance these issues, ACM has chosen to rely on industry experts to do the heavy lifting and choose the final nominees. “We use our official membership to vette the new talents and ultimately put forth what we the industry feel are the five best nominees in each category,” says ACM Executive Director Bob Romeo. “When that process is done correctly, then one could assume that if we ask the fans to weigh in at that point we would be happy regardless of which of the five acts were to win. The process builds on industry wisdom and then gives the fans a chance to engage.”

Romeo sees the fans as a type of fail-safe mechanism. “If the industry makes a mistake and there is some kind of irregularity, then the fans will ultimately validate what the best choice should be. When it’s said and done, I don’t think you can bullshit the fans. If someone gets nominated for Entertainer that perhaps isn’t ready, then with all due respect, the fans won’t vote them in.”

After successfully experimenting with fan voting for its Entertainer category last year, this year ACM will introduce three fan-voted New Artist categories—Top New Male, Female and Vocal Duo/Group. A winner from each category will then be entered into the Top New Artist race, again voted upon by the fans.

Unfortunately, while plans were being set for these New Artist honors, an issue arose over the album category. Part of the ACM Best Album criteria required a nominee to have sold over 300,000 units. This year that meant cutting the list of final noms severely. “We were focused on the newcomer awards and album criteria became an oversight,” explains Romeo. “Our board voted to drop the 300,000 sales requirement for this year. We have a mechanism set up for industry to redo the balloting process so we will have our final five in time for the final ballots.”

Is fan voting the future? “I believe my board would be open to additional fan voting ideas,” says Romeo. “But one step at a time. We’re going to validate it again this year, plus open up the Entertainer vote to text voting. So Entertainer ballots will be cast via online and text. If it goes as well as it did last year and we engage even more people—they are telling me that adding text could engage multiple millions more—I’m sure our board will be interested to see those numbers. If it was only up to me I’d be pushing to let the membership shape the final ballot and then have the fans weigh in on every category. You can say what you want about last year, but it was an exciting race. All five of the Entertainer noms knew the outcome wasn’t in the hands of any politics, it was controlled by the fans. When it was all done, the fans validated Kenny Chesney.”

Last year’s ACM show, with fan voting, drew 11.7 million viewers, an increase of 26% from the previous year. Other Awards shows (and their networks) will surely be watching CBS this April 5, to see if ratcheting up the engagement and interactivity continues to bring glad viewership tidings. If it does, one could bet that knocking sound will be the other networks demanding more of the same. 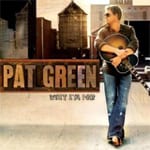 Almost escaping notice, January 2009 has trailed off into obscurity, but the short story regarding country sales continues to be, “more of the same.” Top 75 Current Country sales fell short of the 300k mark again this week reaching about 295,000 units. Year-to-date country sales are now down 20.5%. One bright spot is country digital album sales which are up 36.1%, but not enough to make up for the lost revenue from physical sales. Pat Green launched a new CD this week which scanned 18,195 units, enough to take the No. 2 spot behind Taylor Swift’s 55,102 units. Green also kicked off his headline Jaegermeister Country tour in Atlanta last week, which will visit 25 major markets in the next three months.

On the pop side, Bruce Springsteen leveraged his Super Bowl performance to debut at No. 1 with 223,741 scans, edging Swift out of the top spot which she owned for eight consecutive weeks. Overall album sales are down 12% YTD.

On the horizon we have debuts coming this week from Dierks Bentley and Aaron Tippin.

The country music record business was especially hard hit as the previous year’s drop of 16.3% rose to 24% in 2008. Actual country album sales (physical and digital) toppled from 62.7 to 47.6 million, a new all time low under the SoundScan era.

Country 2008: A Year End Report asks questions and presents much of the past year’s key data.