The Tin Pan South Press Preview Party is set for March 9, 2010 from 3:30 – 5:30 p.m. at The Rutledge (410 4th Avenue South) in Nashville. There, several featured writers will perform and announcements will be made regarding schedules, venues, participating writers and more. 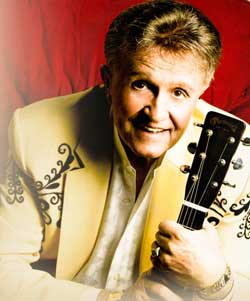 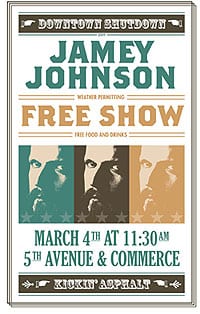 UMG Nashville is planning a Downtown Shutdown during Country Radio Seminar, a unique event which is open to the public as well as CRS attendees. On Wed., March 4 at 11:30 AM, Mercury’s Jamey Johnson will take to an outdoor stage at the corner of 5th Avenue and Commerce to perform a free concert, weather permitting. While many parties and performances surrounding the annual conference are only for those with CRS badges or invitations, UMG is taking this opportunity to reach out to the community at large for exposure, even luring them in with free food and drinks.

Tomorrow night (2/25) Johnson will perform on an encore airing of NBC’s Tonight Show with Jay Leno.

DigitalRodeo.com and Country Radio Broadcasters, Inc.® have announced a number of performers for the 40th anniversary concert to close CRS-40 at Cadillac Ranch on Friday night, March 6 at 10:30 PM. Artists confirmed to date include

“The lineup for The 40th Anniversary Jam is a great example of the diversity of artists that have experienced success at country radio,” says DigitalRodeo.com Director of Marketing and Promotions John Pyne. “We have artists with a proven history of No. 1 hits, as well as the emerging artists that will be stars tomorrow. The common thread is the role of country radio in the success of their careers.”

The unique theme of The 40th Anniversary Jam: A Musical Thanks to Radio is for artists to celebrate 40 years of Country Radio Seminar with performances of their favorite cover songs from the last four decades. The event will be held following the New Faces of Country Music Show® to officially close out CRS-40.

CRS-40 will be held March 4-6, 2009 at the Nashville Convention Center. The regular registration rate of $699 has been extended through the opening of the event. www.crb.org.

The performances, at 3 PM and 8 PM each day, are open to the public and will be taped at the historic hall in the Grand Masonic Lodge downtown. The show is produced in Nashville by Songwriters In The Round and shot in HD1080p with Surround Sound. Details at www.legendsandlyrics.com. 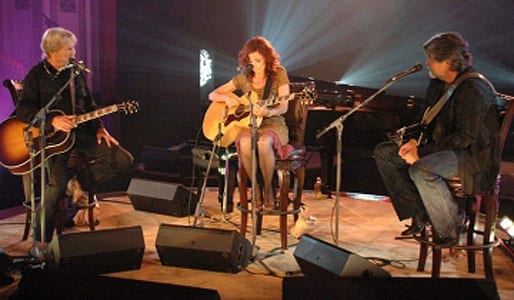 To be held at Belmont University’s Curb Event Center, sessions include Reforming the Digital Copyright System; Supply and Accessibility of Capital for Music Industry Innovation; and Creating, Cultivating and Monetizing the Artist-Fan Relationship.   This year’s expanded two-day event runs Mon., March 23-Wed., March 25, with added networking opportunities and more live music. All registration fees are currently at or below 2008 prices, starting as low as $129. More than 600 attendees are expected. 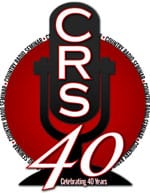 Those signing up for Radio Sales Day will enjoy that evening’s New Faces of Country Music Show, sure to be a highlight of the week with performances by Lady Antebellum, James Otto, Kellie Pickler, Chuck Wicks and The Zac Brown Band. For the $370 one-day registration fee, attendees can learn from panels focused on consumer habits, promotional and research ideas. Also included is the Managers’ Breakfast, and Capitol Nashville’s luncheon with Darius Rucker and Little Big Town.

Nashville Mayor Karl Dean, who has officially proclaimed the week of March 2, 2009 “Country Radio Week” in the city, will greet CRS-40 attendees on March 4. Registration for the full event, to be held March 4-6, 2009 at the
Nashville Convention Center, will be $699 until Feb. 6. On-site
registration will be $749.

The Nashville Recording Workshop and Expo, hosted by the local section of the Audio Engineering society, is set for Feb. 20-21 at the Musicians Hall of Fame and Museum. The two-day audio production conference will boast exhibits from top audio equipment manufacturers and a full schedule of presentations, starting with a keynote address from artist and studio owner Ricky Skaggs. The program is designed to aid home studio owners in getting the most of their recordings, and a selection of top audio engineers has been enlisted to guide attendees through the recording process. To register online, visit www.nashvillerecordingworkshop.com.

Country Radio Broadcasters, Inc.® has announced that this year’s KCRS Live! lineup at CRS-40 will include artists and songwriters Jimmy Wayne, Kelley Lovelace, Ashley Gorley and Jonathan Singleton. The annual ASCAP sponsored event will take place Wed., March 4, at 5 p.m. as part of CRS-40, which runs March 4-6 at the Nashville Convention Center in Nashville. Connie Bradley, ASCAP Sr. VP commented, “We look forward to KCRS Live! every year. It gives ASCAP an opportunity to showcase some of our best songwriter/artists to radio in a more intimate setting.” Also during CRS-40 is the BMI and Country Aircheck sponsored WCRS Live!, set for Thurs., March 5 at 4:10 p.m. As previously announced, the program will include acoustic performances by Bobby Pinson, Paul Overstreet, Josh Turner and Jamey Johnson.

The eleventh annual Nashville Screenwriters Conference (NSC) is set to take place May 29-31 at the historic Union Station hotel. The open-to-the-public conference will bring some of Hollywood’s top writers, producers, directors, managers, agents and studio executives to Nashville to network and share their experiences with local aspiring screenwriters and other interested individuals.

The popular “Music in Film & TV Luncheon” is returning to give songwriters, composers and artists an opportunity to learn how to place their music in films and TV.  Attendees can purchase to tickets to all or just some of the conference’s events. More details will be announced soon.