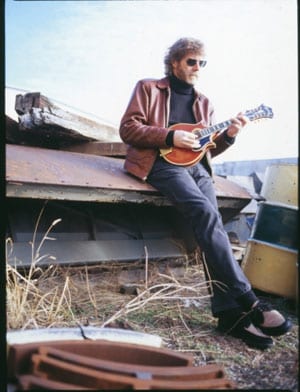 am Bush will receive the Lifetime Achievement for Instrumentalist award at the 8th Annual Americana Honors & Awards ceremony, presented by the Gibson Foundation, on Thurs., Sept. 17 at the historic Ryman Auditorium. As co-founder and leader of the seminal progressive bluegrass band New Grass Revival for 18 years, Bush was among the first purveyors of newgrass–the wild bluegrass stepchild that features rock ‘n’ roll grooves and extended virtuosic jams–and he continues to burn as one of the genre’s most brilliant lights, both as a sideman and the leader of the Sam Bush Band.

Jed Hilly, executive director of the Americana Music Association, praised Bush’s standing as one of the greatest mandolin players ever. “Sam has created his own genre and has become such an integral part of the Americana community,” Hilly said. “It’s such a privilege to honor him this year.”

The past 20 years have found Bush performing as a sideman with Emmylou Harris; special guest artist with the likes of Lyle Lovett and Bela Fleck & The Flecktones; spearheading boundary-stretching collaborations with Edgar Meyer, Mark O’Connor and David Grisman; and driving nearly every “bluegrass supergroup” imaginable with his mandolin playing. Bush’s newest album, Circles Around Me, will be released Oct. 20 on Sugar Hill Records.

The Lifetime Achievement Award for Instrumentalist is one of several career honors that will be handed out during the awards ceremony on Sept. 17, to be hosted by Jim Lauderdale with Buddy Miller leading his all star band. Running Sept. 16-19, the 10th Annual Americana Music Festival & Conference will offer seminars, panels and networking opportunities at the Nashville Convention Center by day, and bring a stellar lineup of musical showcases each evening. Conference registrations currently at the early bird discount rate of $350 for members and $450 for non-members are available here.

While the goals of Nashville’s top three music trade groups are closely aligned, each has issues and objectives specific to its genre. The Country Music Association, Americana Music Association, and International Bluegrass Music Association work tirelessly to promote the music they represent to consumers and the industry.

A recent poll on MusicRow.com posed the following question: “Would Music City would be better off if the CMA, AMA and IBMA merged and became one large trade organization?” Our readers responded with an overwhelming “no.” The results were 77 percent “No,” and 23 percent “Yes.” The feeling is shared by the leaders of the three groups. 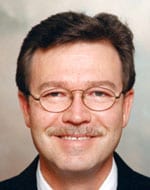 IBMA leader Dan Hays explains, “As genres of music…Bluegrass, Americana and Country music have important and interrelated connections with one another, but they’re three distinct communities. Each of the organizations listed, functions as the ‘chamber of commerce’ for their community and each has its own unique culture, economic climate and professional development needs. I believe both Music City and the music industry around the world benefit from having healthy organizations devoted to each. We work together with AMA and CMA whenever mutual opportunities arise (in addition to many other music trades), but having ‘one large trade organization’ would be akin to suggesting one Chamber of Commerce to serve New York, L.A. and Nashville.”

“While there are some artists and industry employees whose work crosses between them, Country, Bluegrass and Americana are three distinct genres of music,” agrees CMA CEO Tammy Genovese. “Each format is better served by having a specific trade association to represent them and their unique needs instead of one combined organization. However, we highly respect both the other organizations and all that they do.” 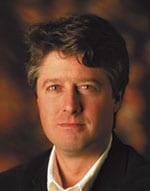 “I think the missions of each of these three organizations are very different as are the expectations of their respective memberships,” says Jed Hilly, Executive Director of the AMA. “While I believe in change and in collaboration, I don’t believe such a merger into one large trade association would make sense. As far as Nashville goes, the IBMA feels like a brother, CMA a cousin, but today, the cute girl at school is the NSO, and I am looking forward to that first date!” 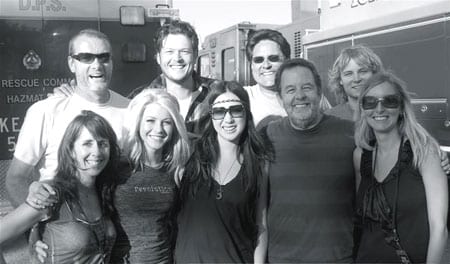 The Americana Music Association will host a new “Live at The Bluebird Cafe” concert series every Thursday beginning Feb. 19 and running through March 26.

Celebrating some of the genre’s best-loved and most influential performers, the six-show series sponsored by the Gibson Foundation will feature Jim Lauderdale (2/19), Sam Bush (2/26), Nanci Griffith (3/5), and Foster & Lloyd (3/26). Surprise performers are likely to sit in during many of the dates. Artists for the March 12 and 19 shows will be announced soon. A series pass is $125 and available through Feb. 11 by calling the AMA at 615-386-6936. Reservations for individual shows ($25) can be made at www.bluebirdcafe.com a week before each show.

The Americana Music Association is hosting an auction to raise funds for its 2009 Americana Music Festival & Conference, set to take place in Music City Sept. 16-19. Auction items include a Gibson-donated guitar signed by Robert Plant, Levon Helm and other artists who appeared at the 2008 Americana Honors & Awards show; a songwriter mentor session with Jim Lauderdale; passes for Austin City Limits’ 35th Anniversary show featuring Willie Nelson and Asleep at the Wheel; concert tickets and autographed Hatch Show Prints. New items are being added all the time, and the auction will proceed through the winter months at www.americanamusicauction.com.

With plans well underway for the 10th annual Americana Music Festival & Conference, today (1/15) the non-profit organization began accepting applications to showcase at the event. An annual part of the conference is the Americana Music Association Honors & Awards, scheduled this year for Sept. 17 at the historic Ryman Auditorium. Conference registrations are currently at the early bird discounted rate of $250 for members and $350 for non members. Conference registration and showcase information at www.americanamusic.org.