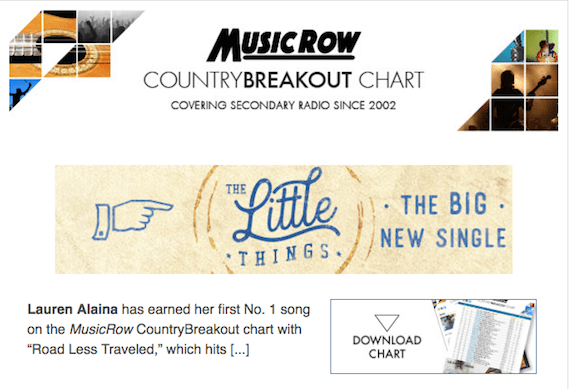 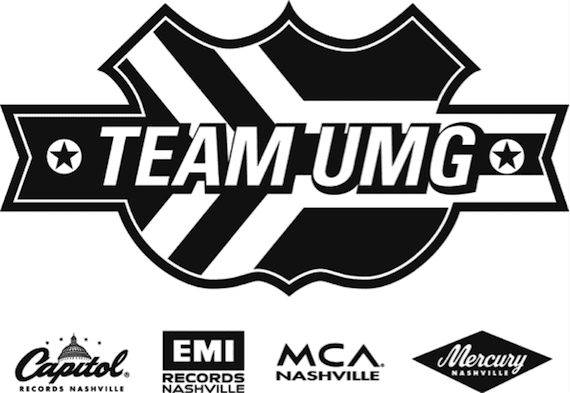 Doors will open at 11:30 a.m., and the show will start at Noon. As in previous years, seminar registrants will receive a boxed lunch prior to the event. CRS attendees will have the option to either walk or use shuttles, provided by UMG Nashville, going from the Omni Hotel to the Ryman Auditorium between 11 a.m. to 2:30 p.m.

Chairman and CEO of Universal Music Group Nashville, Mike Dungan comments, “The box lunches aren’t anything to write home about, but the show is fantastic! Always the most anticipated event at CRS, we will see you there!”

To review more of this year’s agenda, please visit countryradioseminar.com. 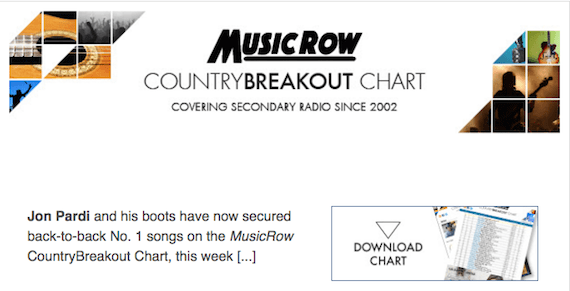 Entercom Communications (Philadelphia) and CBS Corporation’s have announced a merger—pending approval by Entercom shareholders, expected to close during the second half of 2017—by which Entercom will combine with CBS Radio to create a radio platform with a nationwide footprint of 244 stations, including 23 of the top 25 U.S. markets, as well as digital capabilities and events platform.

“This agreement is great for shareholders and achieves our previously stated objectives by separating our radio business in the best possible way,” said Leslie Moonves, Chairman and Chief Executive Officer, CBS Corporation. “Entercom is a superbly run company, and together with CBS Radio’s powerful brands and remarkable people, we are creating an organization that will be even better positioned to succeed in this rapidly evolving media landscape.”

David J. Field, President and CEO of Entercom, who will lead the combined company, said, “These two great companies, with their impressive histories, complementary assets, and premier content and brands, are a perfect strategic and cultural fit, enabling us to deliver local connection on a national scale and drive accelerated growth. We look forward to welcoming our talented new colleagues at CBS Radio, and we have the utmost respect for their significant contributions to the industry.”

Andre Fernandez, who will continue as President and CEO of CBS Radio through the closing of the transaction, said, “I couldn’t be more proud of the CBS Radio team and all of the exciting breaking news, live events, and business initiatives happening every day across the country. Today marks the beginning of a new chapter for us as we join with an organization with an equally deep tradition in radio broadcasting. The opportunities for the new company are enormous – thanks to our combined collection of industry-leading stations and brands.”

The merger will create a local media and entertainment company with strong, complementary assets on a national scale, including:

The combined companies’ pro forma revenue on a trailing 12 months basis was approximately $1.7 billion – which would make it the second-largest radio station owner in the United States – and adjusted EBITDA was nearly $500 million, including expected transaction synergies. The merger will create a well-capitalized company with a market cap of over $2 billion. 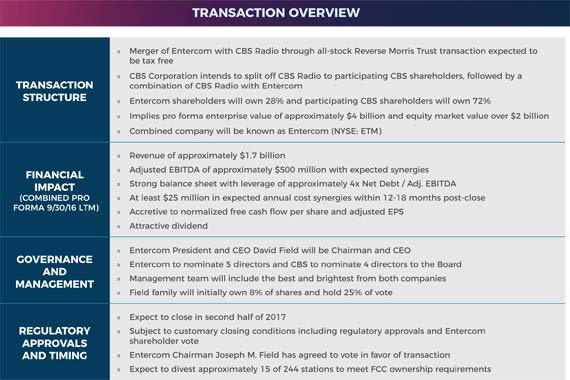 A division of CBS Corporation, CBS Radio owns 117 radio stations in 26 markets – including all of the top 10 radio markets as ranked by Nielsen Audio.

Entercom is the fourth-largest radio broadcasting company in the United States, reaching and engaging more than 40 million people a week through its 127 highly rated stations in 27 top markets across the country. Entercom delivers superior ROI by connecting its customers and audiences through its leading local brands and local marketing solutions, which include over 4,000 events each year, and its SmartReach Digital product suite.

This year’s Grand Ole Opry at CRS lineup has been announced, and will feature performances by the Zac Brown Band, Lady Antebellum, Trace Adkins, Crystal Gayle, LoCash, Cam, Michael Ray, Chris Lane, Carly Pearce, and Dailey & Vincent. The Feb. 22 show kicks off the three-day event at the Omni, and the show will begin at 7 p.m. immediately following the CMA Welcome Reception in the performance hall.

All CRS registrants can attend the show, which has been a part of CRS since 2012 and features the Opry’s signature barn backdrop and famous microphone stand on stage in the transformed performance hall. 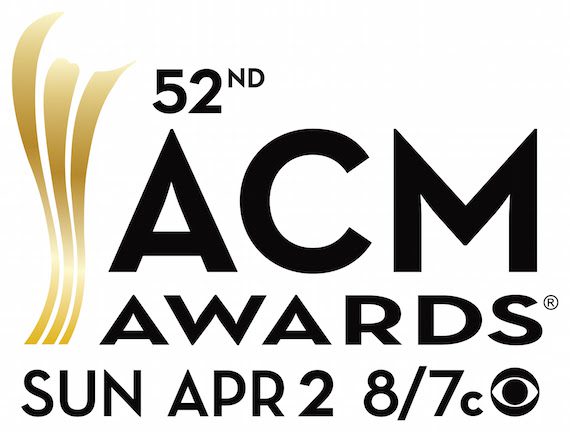 The Academy of Country Music has announced the full list of radio awards nominees for the 52nd Academy of Country Music Awards. The full list of Radio Award nominees will not be televised due to time constraints during the live telecast from T-Mobile Arena in Las Vegas on Sunday, April 2, 2017 at 8 p.m. ET/delayed PT on the CBS Television Network. Instead the awards will be presented during the ACM’s Party For A Cause event at The Joint, on Saturday, April 1 in Las Vegas. 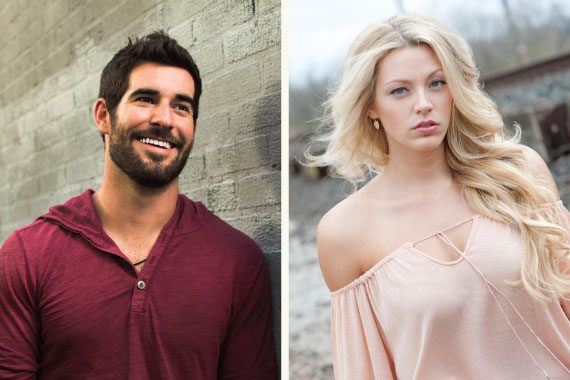 The invitation-only event will be held in February for subscribed members of MusicRow magazine, affiliates and country radio broadcasters just shortly ahead of the 2017 Country Radio Seminar.

“The MusicRow reporting panel represents some of the best stations in secondary markets and it is a privilege to shine a spotlight on the most-played artists from the CountryBreakout chart for the previous year, in addition to honoring an exemplary MusicRow chart reporter and giving nods to the songwriter with the most No. 1s,” says MusicRow Owner/Publisher Sherod Robertson. “We are excited to showcase two performances at the meet & greet with new artists also making waves on our chart, Alex Smith and Rachael Turner.”

In addition to exclusive editorial, each winner will be profiled in MusicRow‘s Country Radio print issue, which will debut at the Meet & Greet and CountryBreakout Awards. Complementary issues of MusicRow‘s Country Radio issue will be available at the CountryBreakout event and throughout the Country Radio Seminar. Subscribers will receive their print copies by mail. Additional issues will be available for purchase at musicrow.com or at the publication’s 17th Avenue headquarters in Nashville.

To receive your invite to the 2017 MusicRow Country Radio Meet & Greet and CountryBreakout Awards, subscribe today at musicrow.com. 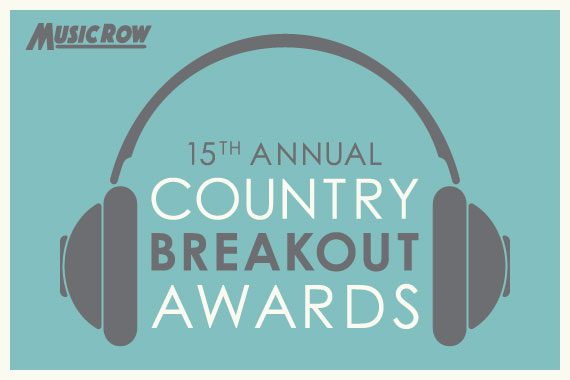 About the 2017 MusicRow Country Radio Meet & Greet And CountryBreakout Performers:

Rachael Turner (Rustic Records): Rachael Turner’s vocals and unique spin on traditional and modern country have brought a breath of fresh air to the genre. Originally from Sugar Land, Texas, Rachael now resides in Nashville and is signed to long-standing independent record label, Rustic Records. Her first two singles peaked at No. 22 on the MusicRow CountryBreakout chart, including Turner’s “Aftershock,” which showcases her ability to blend classic country with modern influences. No stranger to the stage, Turner has almost 15 years of singing experience since her first solo performance at the ripe age of 11. As a performer throughout her teen years, Turner decided to take her experience and talents to Belmont University. It was there that she harnessed her skills with degrees in vocal performance and music business, and made the decision to pursue not only music, but country music. Turner’s passion for country music bloomed after falling in love with artists such as Martina McBride, Shania Twain, Jo Dee Messina and Faith Hill. Turner kicks off the New Year with the mid-tempo story-like song “Hurts Don’t It.” The new and current release showcases Turner’s range and flexibility while capturing the emotional turmoil involved in finding the strength to leave a toxic romance. For more information, contact Rustic Records, Inc. at [email protected]

Alex Smith (Lila Records): A baseball pitcher during high school in Alexandria, Louisiana, Alex Smith decided to pursue hits of a different kind after graduation. The personable 23-year-old commands attention, whether on stage, in music videos or on social media. Smith’s live-for-the-moment first single, “Load It Up,” has even climbed to No. 32 on the MusicRow CountryBreakout chart. Smith comes from two generations of musicians, with his father and grandfather’s influence. It wasn’t until his early teens that Smith decided to follow the same path his father had as a working musician. After playing the video game Guitar Hero, the youngster—who later regretted quitting piano lessons—became self-taught on the Taylor guitar his father gave him by watching YouTube instructional videos. While still in college in Lafayette, Louisiana, Smith took note of friends making good money from just a few hours of “work” while performing music around town. Smith landed a one-hour gig at a local daiquiri shop, which eventually led to playing enough venues to pay his way through school. The singer-songwriter began making trips to Nashville, and has since opened shows for Brett Eldredge and Uncle Kracker. He starts touring extensively in 2017 with his new band of Nashville musicians. Smith recorded his debut EP, Fear of Missing Out, at Blackbird Studios with producer Ryan Sutton. The project is available on his website and iTunes. 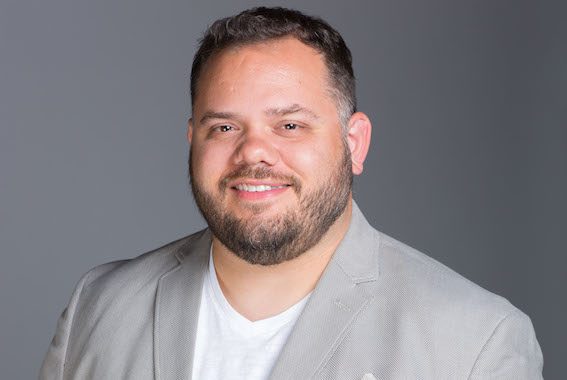 Creative Artists Agency (CAA) has added radio veteran Michael Bryan in a newly-created position within the music department to focus on artist development and artist brand strategy. Based in Nashville, Bryan will work in collaboration with client teams across the agency’s roster to help cultivate the careers of emerging artists, from curating an act’s brand and developing their social and media marketing platforms, to liaising with managers, labels and radio programmers in support of album launches. Bryan will also identify and create new touring models with radio-based properties, expanding on CAA’s success with creating/packaging branded lifestyle tours, including 2016’s Ticket To Rock and the Vans Warped Tour.

Bryan most recently served as Senior Vice President, Programming for iHeartMedia’s Nashville market, overseeing the on-air and online programming for the market’s six broadcast stations, branded digital sites, and helping to program live properties, including Guitar-B-Que for St. Jude, Battle for The Bones, and others. While at iHeartMedia, he helped break such artists as Ed Sheeran, Cam, Dan + Shay, Kelsea Ballerini, and Hozier through early radio exposure, and served as Executive Program Director for the top-rated nationally syndicated The Bobby Bones Show and The Tige & Daniel show. 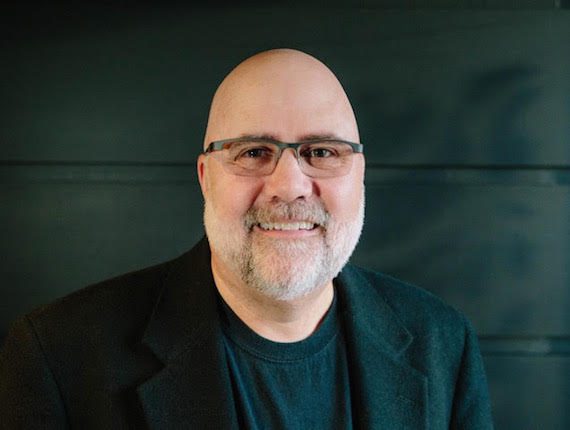 Triple Tigers Records has added a leading name to their growing arsenal of executives. Most recently with Warner Nashville, Kevin Herring joined the Triple Tigers team as Senior Vice President for National Promotion on Jan. 23. Herring’s resumé includes leadership roles with not only Warner, but also a 13-year tenure with Disney’s Lyric Street Records, and Mercury Nashville, where he and Norbert Nix, Triple Tigers’ GM, were teammates in the 90’s.

“It’s exciting to start with a clean sheet of paper, writing a new success story one page at a time,” says Herring. “Triple Tigers is stacked with amazing industry vets, and focusing on a talent like Russell Dickerson right out of the gate, for me, is a sure fire winning formula.”

Nix added, “This acquisition assures radio how serious and committed we are to competing at the highest levels. Kevin brings not only experience, but leadership, and the kind of strategic thinking that will inspire significant and meaningful results.”

Herring can be reached at [email protected] 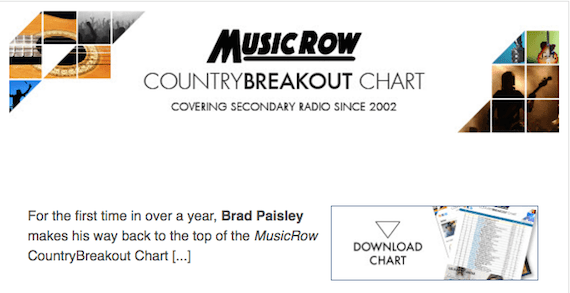