Stevens has had hits recorded by George Strait (“Carried Away,” “Carrying Your Love With Me,” “True”); Tim McGraw (“Back When”); Luke Bryan (“All My Friends Say,” “Someone Else Calling You Baby”); Alabama (“Reckless”) and many others. 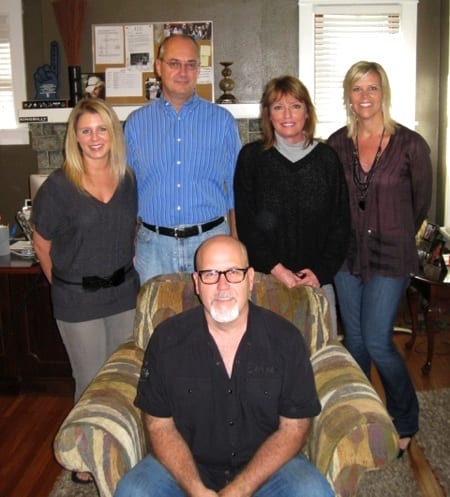 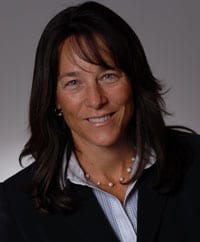 “Jodie epitomizes the highest standards of professionalism,” said BMI President Del Bryant. “She is reliable, self-motivated, analytical and enthusiastic about her work and the company.”

“Jodie is an exceptional leader in accounting, tax, and other areas,” added Esworthy. “She has displayed a resolute commitment to precision and detail, has a long record of accomplishments, and has great people skills.”

Gleason joined BMI in 1995 as a Director, Licensing Accounting in the New York office and relocated to Nashville that same year. Since then, she has worked her way through the ranks to VP. She is a Certified Public Accountant and worked in public accounting for six years prior to BMI. 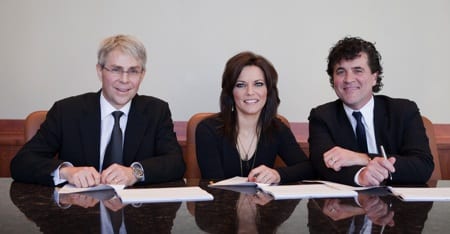 Martina McBride has joined the Republic Nashville roster. The signing was announced earlier today (11/8) at a press conference at the Country Music Hall of Fame and Museum.

“We’ve been busy orchestrating Martina’s long-term business plan, and today’s signing is a major component,” explained her manager Clint Higham. “Working with Martina has been especially gratifying because she is not only amazingly talented but also has a disciplined work ethic, which results in great execution of whatever we envision. Musically, I’ve never seen her in a better place, and I can’t wait for us to get the opportunity to share her new music with everyone.”

She is expected to begin recording her new BMLG/Republic Nashville album in December with producer Byron Gallimore.

“John and I moved here in 1990 with a big dream,” added McBride. “We have been blessed to have a wonderful 18-year partnership with RCA Records and [former Sony Chairman] Joe Galante, which helped us sell records and see the world. Change is not always easy, but now we are so focused on the future, I’m fired up!”

Big Machine Label Group CEO Scott Borchetta noted that he attracted superstar Reba to The Valory Music Co. not long after its 2007 launch. He has followed suit with McBride joining the Republic Nashville imprint. Throughout the press conference, Borchetta echoed the phrase “dreams come true” while discussing the label group’s milestones, including the record-setting success of flagship artist Taylor Swift.

In September, MusicRow’s Crystal Ball revealed that the singer had left her longtime label Sony Music Nashville, and predicted that the Big Machine Label Group was a likely new home.

Today’s news rounds out an eventful year for McBride, who also switched managers. In May, after ending her relationship with longtime manager Bruce Allen, she signed with Morris Management’s Clint Higham, president of the powerhouse group which oversees Kenny Chesney’s career.

With more than 18 million albums sold, McBride is a four-time CMA Female Vocalist of the Year and GRAMMY winner. She has charted 23 Top 10 singles, including six No. 1s. 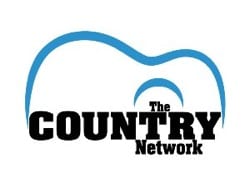 The Country Network (TCN) hit airwaves last month and is staffing up accordingly. TCN is available in 23 markets, including on WNAB Channel 58.2 in Nashville. It has agreements in place to add several more markets by early next year, which will provide it coverage of 25% of US television homes.

TCN embraces its “all country music, all the time” philosophy by devoting itself to airing videos, hosted by country stars such as Charlie Daniels, Steel Magnolia, Rodney Atkins, Cowboy Troy, Chad Brock, and Craig Morgan.

Warren Hansen, co-founder and CEO of TCN, has announced the following hirings, including some that have been previously reported:

Chris Butterick has been named President of TCN Broadcasting. He will oversee sales, affiliate relations and network distribution. He joined TCN in March 2010 as General Manager of the network’s initial affiliate in Montgomery, Ala. His background includes executive positions in TV and radio at Cumulus Media and Sinclair Broadcasting.

Tammy Genovese, as announced in April, is President of TCN Nashville. She is the liaison to the creative community and personally oversees special promotions. Previously she was President and CEO of the CMA.

Kim Bullard assumes the post of Executive Vice President of TCN Nashville where he oversees production ad operations. He is a musician/arranger/producer who operates his own production company, and has toured with numerous groups including his current engagements with Elton John. He most recently helped develop a multi-million dollar creative content structure for Code Jawa, an Indonesian based mobile technologies corporation.

Chad Brock, VP of Artists Relations for TCN. In addition to his corporate duties, Brock will co-host programs and interview artists. Along with Warren Hansen, he is co-founder of the network. As an artist, Brock has had several top ten hits including his No. 1 hit “Yes”.

Bill Jones is serving TCN in the capacity of Consulting Program Director, bringing 30 years of broadcasting and management experience, most recently with Cumulus Media where he oversaw programming of the radio group’s country formats.

Matt Golden, VP/Creative Director for TCN, has been on board with the network since 2008. Prior to assuming his new role, Golden served as Creative Video Services Director at Moseley Studios, where he was the creative director of projects which included the BamaJam Music Festival.

Bill Hutcherson has been appointed VP of Regional Sales, coming to the network from Cumulus Radio where he served for the past eight years as General Sales Manager for the country stations.

David Reid is the Director of Traffic for TCN. He brings a strong career history in broadcasting/computer applications both in creative development and applications of systems. He has over 18 years of traffic experience of which the past 12 years has been spent with Harris OSI as a trainer and traffic software specialist. 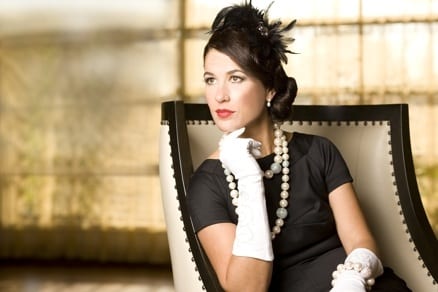 For the album, Wilson and husband/producer Monty Powell chose to record country classics such as Patsy Cline’s “Walking After Midnight” and Price’s “You’re the Best Thing That Ever Happened To Me.” They also recruited top players like steel guitar great Lloyd Green, and famed jazz musicians Rick Braun and Larry Carlton.

MusicRow contributor Robert Oermann is already raving about the album, “Wilson is not just shaking hands with two Nashville traditions. She is embracing them both. Brilliantly.”

Wilson and Powell (best known as Keith Urban’s frequent collaborator), started their own Transfer Records in 2000. Countrypolitan Duets will be the first release via a joint venture between Transfer and Mathew Knowles’ Music World Music.

On Tuesday, Nov. 16, Wilson will make her Grand Ole Opry debut at the Ryman Auditorium, along with several guests from her album including Connie Smith, Billy Dean, Larry Carlton and American Idol finalist Matt Giraud.

CMAawards.com is streaming with activity surrounding Wednesday’s (11/10) Awards. For the first time, the official site will offer live footage from the CMA Awards Black Carpet presented by Jack Daniel’s, the Pre-Telecast ceremonies, and the backstage Press Room.

Black Carpet coverage will begin at 5:00 PM/ET, followed by Pre-Telecast cermonies between approximately 7:25-7:55 PM/ET, and finally the backstage excitement in the Press Room during the Awards.

Leading up to the show, fans can visit CMAawards.com to predict the winners, look back at past Awards, answer polls, and interact with fellow fans.

For those attending the Awards in person, certain ticket holders will gain access to the official CMA Awards Post Party. The event will intertwine art and music for a Picasso-inspired “rhapsody in blue” at the Nashville Convention Center. CMA staffers including Sr. VP Bobette Dudley, and Sr. Manager of Meetings and Events Diane Bearden, have been hard at work organizing the glamorous event.

New at this year’s Post Party will be a silent auction where attendees can bid on one-of-a-kind items such as an autographed Jack Daniel’s Gibson guitar sculpture, and autographed portions of the Black Carpet, all to benefit CMA’s music education campaign Keep the Music Playing. 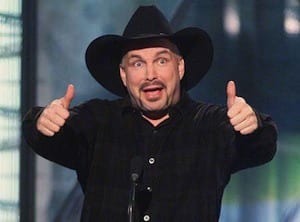 Garth Brooks has sold out a record-breaking nine concerts at Nashville’s Bridgestone Arena in one day, marking the first time that any performer ever sold that number of tickets in the state of Tennessee. Over 140,000 tickets were sold raising an incredible $3.5 million for Nashville flood victims. (Michael Jackson held the previous record of 72,000 in Neyland Stadium in Knoxville, Tennessee.)

“A very special thanks to Ben Farrell, country radio, the great people at Ticketmaster and everyone who helped with the onsale…and most of all the people who showed up to get tickets. It’s great to be a part of the healing” said Brooks.

Tickets for the fifth annual Stagecoach Country Music Festival, to take place Saturday, April 30th and Sunday, May 1st, 2011, are now on sale. For a limited time, general admission passes for the entire weekend are only $99. Reserved seating with exclusive VIP access is also available.

The popular festival, which is held at Empire Polo Field in Indio, California, offers onsite camping and a layaway program for ticket and camping packages. 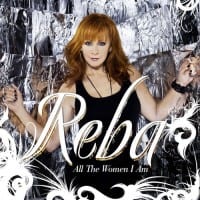 Reba will be promoting the November 9th release of her 34th album, All The Women I Am, with a week of media appearances such as Good Morning America, CMA Awards and the Late Show with David Letterman.

Reba will appear on ABC’s Good Morning America on November 9th at 7:00 am; following this, she will talk with fans backstage at the GMA studios via a live Ustream webcast at 9:00 am CT. Fans can log onto  www.Facebook.com/Reba or www.Ustream.tv/Reba in order to access the webcast and speak with Reba live.

Reba, who has been nominated as the CMA “Female Vocalist of the Year,” will perform on the 44th Annual Country Music Awards, live on ABC from Nashville’s Bridgestone Arena on November 10th.

CMT is dedicating special coverage leading up to “The 44th Annual CMA Awards,” giving fans an in-depth look at the nominees. CMT Insider host Katie Cook will conduct exclusive interviews with nominees including Miranda Lambert on Saturday, November 6th at 1:30 pm ET/PT. The music network will also air a special Stacked featuring videos from the CMA “Video of the Year” category, airing on Sunday, November 7th at 10:30 am ET/PT. CMT will be on-site for live red carpet coverage from the awards; hosts Katie Cook and Evan Farmer will interview artists, see who’s wearing what and make winner predictions. This will air on Wednesday, November 10th at 7:00 pm ET/PT.

In addition, CMT will air an encore presentation of the ABC special, “In the Spotlight with Robin Roberts.” This special, featuring interviews with Brad Paisley, Kellie Pickler and Carrie Underwood, among others, will air on Saturday, November 13th at 7:00 pm ET/PT.

ABC.com is celebrating the CMA Awards with two original series: “Live From the Red Carpet” and “Artist Countdown.”

On “Live From The Red Carpet,” Jillian Harris (The Bachelorette, Extreme Makeover: Home Edition), Brett Chukerman (“Live From The Red Carpet at the Oscars”) and Radio Disney personality Jake Whetter will interview artists from the red carpet. These interviews will stream live on abc.com on Wednesday, November 10th, from 6:00-8:00 pm ET, directly before the awards broadcast.

“Artist Countdown” will feature six episodes that will offer fans an inside look at the day in the life of multiple CMA nominees. This series will feature Chris Young, Jerrod Niemann, Joey + Rory, Luke Bryan, Little Big Town and Dierks Bentley and will be available on abc.com from Friday, November 5th to Wednesday, November 10th.

“The 44th Annual CMA Awards” will air live from Bridgestone Arena in Nashville on ABC on Wednesday, November 10th, 8:00-11:00 PM/ET. abc.com is available anytime, anywhere on mobile devices at m.abc.com and on the iPad via the popular ABC Player app.