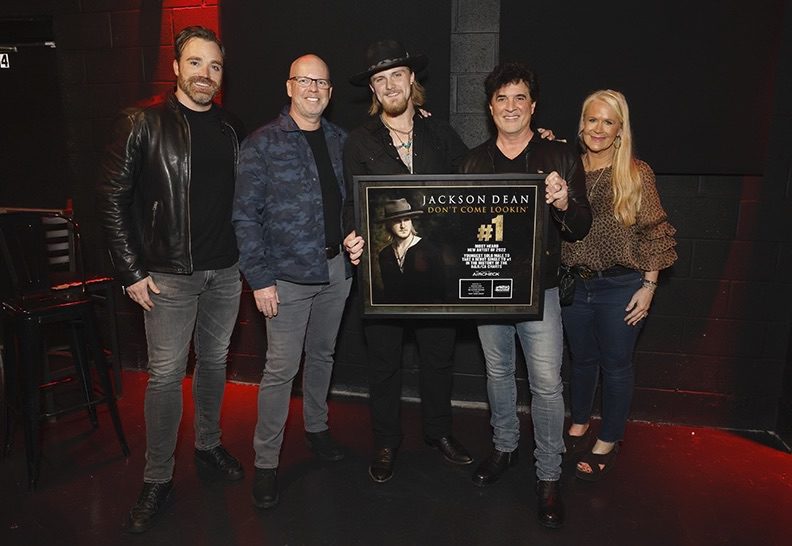 The Big Machine Records artist gave a passionate, 90-minute set with a mix of fan favorites from his debut album Greenbroke as well as eight unreleased songs. Fans were enthralled with his high-powered, almost menacing delivery of his first No. 1 hit “Don’t Come Lookin’,” as well as his full-hearted performances of the tender autobiography “Greenbroke,” the gritty stomper “Trailer Park,” and the ethereal confessional “Wings.”

The Maryland native is clearly influenced by the country outlaws of the ’70s and ’80s. While his songs are lyrically-driven, his performances range from raucous and rowdy to pensive and passionate. At The Basement East show, he didn’t say too much between songs, letting the music do the talking.

His sound has caught on. In the last year, Dean has found his place on several industry watch lists such as Pandora’s Ten for 2023 (all genre), Spotify’s Hot Country Artists to Watch 2023, the CMT Listen Up class of 2023, Amazon Music’s 2023 Breakthrough Artists to Watch: Country Class, and more. In March he will perform at CRS as part of the prestigious New Faces of Country Music show of 2023.

Prior to the show, Dean was presented with a plaque for his breakout hit, “Don’t Come Lookin’.” The tune cemented him as the youngest male in not just Country Aircheck, but Radio & Records’ chart history to land a No. 1 with their very first single and declared Dean as the top most heard new artist on the Country Aircheck chart for 2022. Later, his producer and fellow songwriter, Luke Dick made a surprise appearance and joined the young artist to perform the hit.

A highlight of the show came when Dean performed his next single to country radio, a three-and-a-half minute heartache, “Fearless (The Echo).” The track impacted country radio this week and was the No. 1 most-added single of the week.

After more headlining shows, Dean will make his second appearance on the Grand Ole Opry stage on Feb. 3 before joining Blake Shelton and Carly Pearce on the “Back to the Honky Tonk Tour.” He also has dates booked with Eric Church and Parker McCollum for later this year.