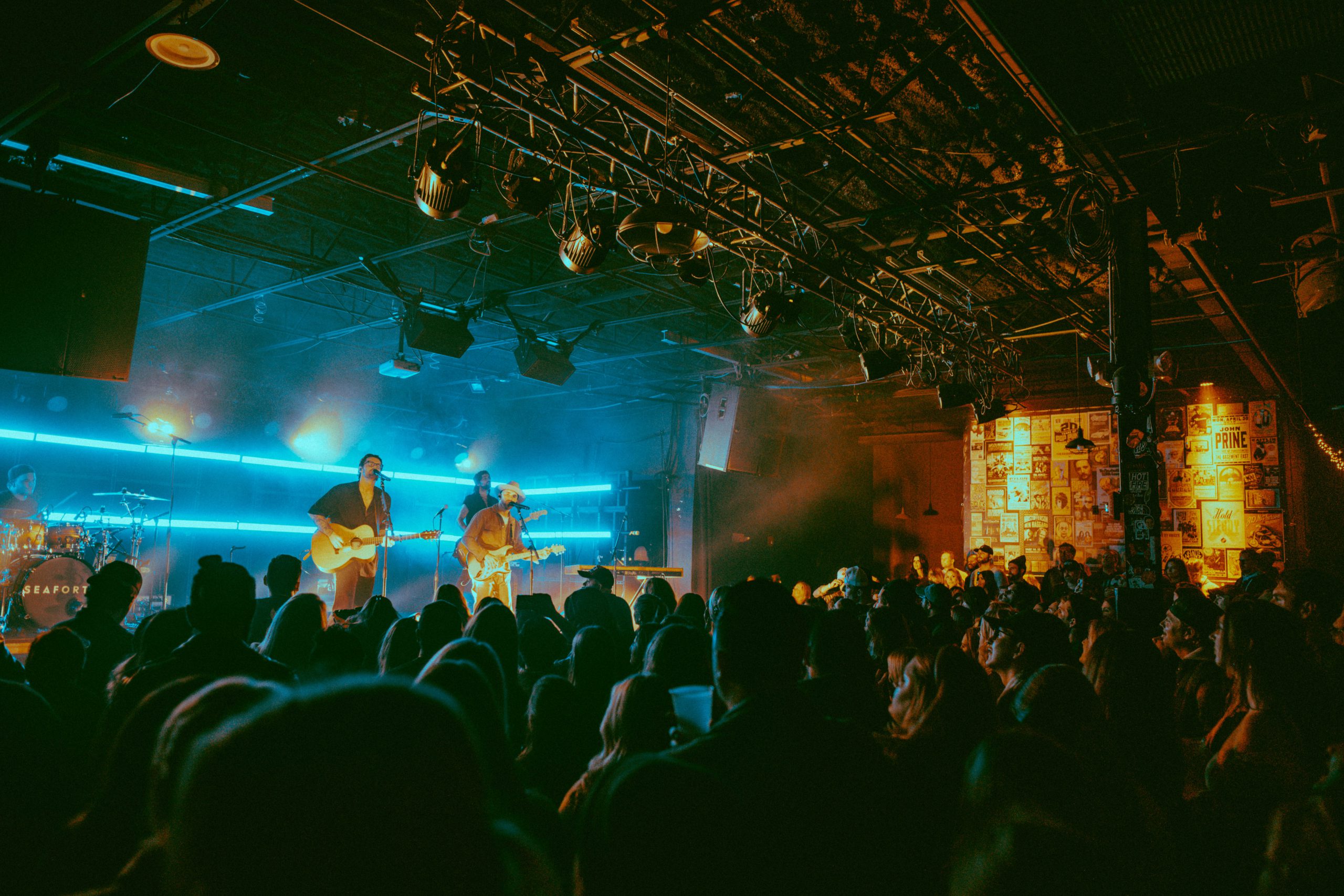 Seaforth, the country-pop duo made up of songwriters Mitch Thompson and Tom Jordan, sold out well-known venue The Basement East with their first Music City headline show on Monday night (Nov. 28) alongside opener Jordan Harvey.

Hailing from Sydney, Australia, lifelong childhood friends Thompson and Jordan joined forces while on a songwriting trip together in Nashville. Paying tribute to their roots, they named the band after their hometown, the Sydney suburb Seaforth. The two traveled between the U.S. and Australia while creating their sound before permanently landing stateside.

They released their EP, What I Get For Loving You, on Aug. 26. Their Basement East performance was a full-circle moment for Seaforth, having earned their record deal with Sony Music Nashville after a showcase at The Basement, The Basement East’s sister venue. When the doors opened Monday evening, the energy was high yet relaxing as the crowd trickled into the intimate space.

Harvey kicked off the show, treating the audience to a few unreleased tracks. The former King Calaway member’s upbeat sound mixed with his infectious tunes had everyone jamming along with him.

“I can’t thank you all enough for coming this evening,” said Harvey. “This is amazing, honestly. Tom and Mitch have been like brothers to me. It was such an honor when they called and asked me to open for them on one of the biggest nights of their lives.” 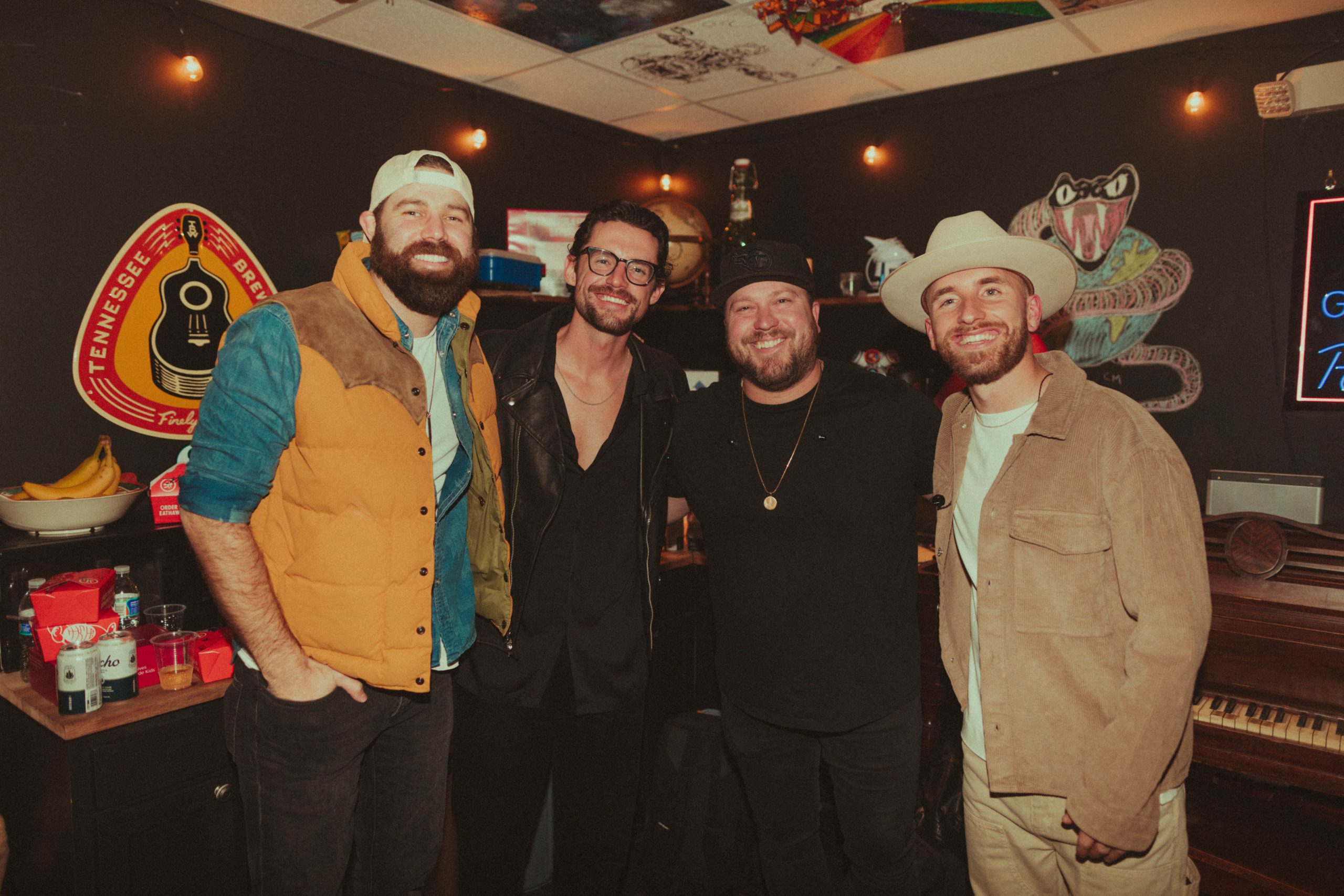 He continued to sing their praises and express his gratitude before performing “Even If It Breaks My Heart.” The Scotland native also shared “one of [his] favorite songs [he’s] ever written,” a catchy track titled “Single At The Same Time,” which he created with Seaforth and Michael Whitworth. Harvey got personal as he described his inspiration for his debut song “Alabama Girl,” his muse among the crowd, smiling and swaying along. His debut album It Is What It Is is set for release on Jan. 20.

Seaforth then took the stage, electrifying the room with their mesmerizing harmonies. Mitchell Tenpenny made a surprise appearance, accompanying the pair for their Gold-certified collaboration “Anything She Says.” The crowd was taken by surprise once again when Jordan Davis hopped on stage for duet “Good Beer.”

Seaforth continued to entrance Basement East with their rendition of Drake’s “Hotline Bling,” showing their musical range and flexibility.

They took back to where it all began, with acoustic jams, and soothed the audience with their raw instrumental skills and vocals with songs including “Break Ups.” They performed their sunny “Queen of Daytona Beach” before closing with their earworm debut single, “Love That.”

“When we were 18 years old we started writing music together, and now we’re here,” Seaforth shared. “Thank you all, if you’re new fans, old fans, anyone, thank you for being here.”

Seaforth recently finished their headlining “About Time Tour” in Australia, capping with a homecoming show in Sydney. The trek will extend to the U.S. beginning Feb. 2 in Athens, Georgia with stops in New York City, Boston, Washington, D.C., Chicago, and more.