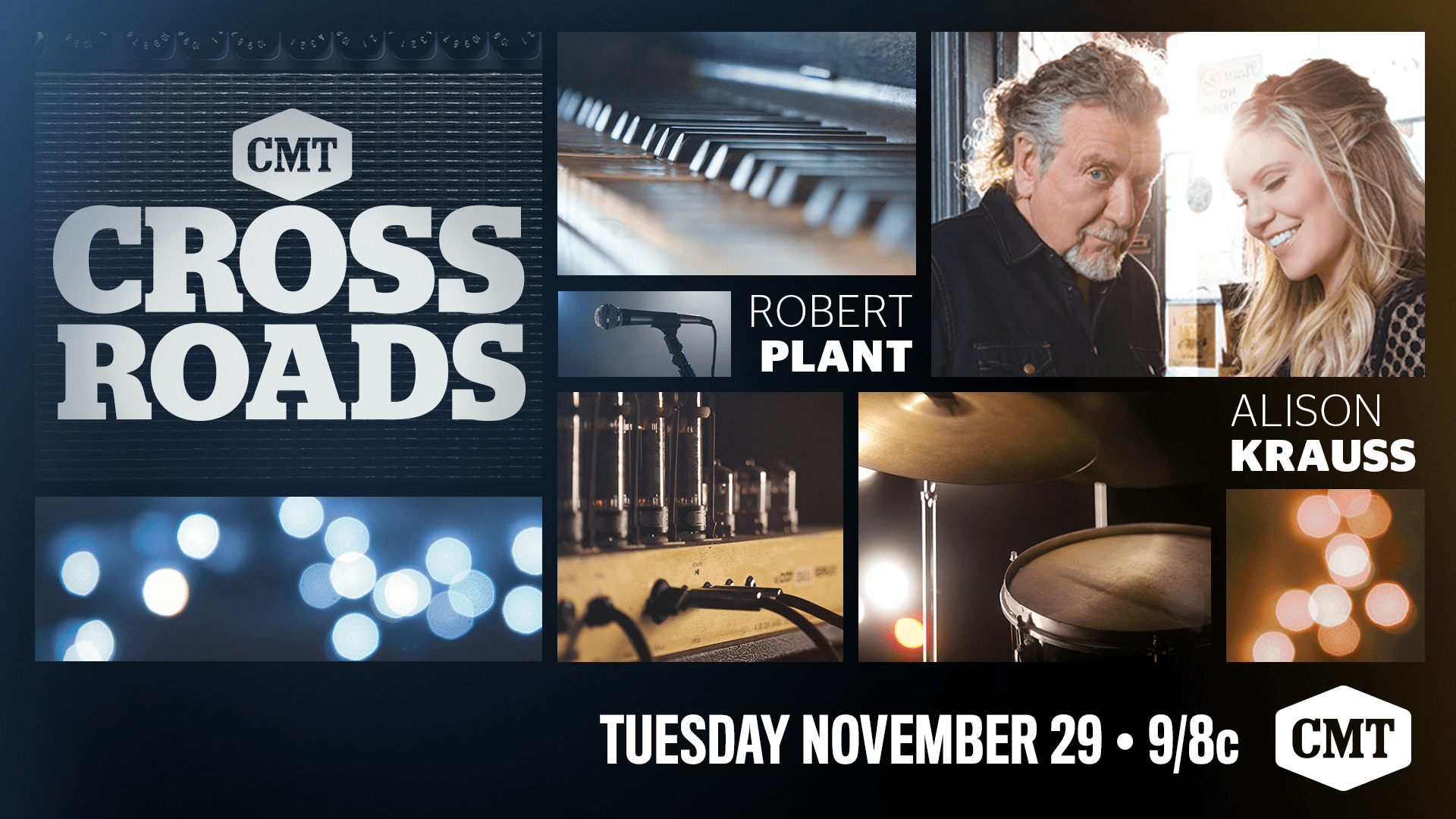 Revered for their solo careers as well as their collaborations, Plant and Krauss first teamed up for an episode of CMT Crossroads in 2008 following the release of their six-time Grammy-winning album Raising Sand.

14 years later, amidst a worldwide tour, they return to the CMT stage on the heels of three 2023 Grammy nominations for their latest project, Raise The Roof, including Best Americana Album, Best American Roots Song (“High And Lonesome,” written by Plant & T Bone Burnett), and Best Country Duo/Group Performance (“Going Where The Lonely Go”).

The anniversary special will feature a night of captivating performances as the two artists present hits from their collaborative albums, including “High And Lonesome,” “Can’t Let Go,” and “Gone Gone Gone” as well as classics such as Led Zeppelin’s “Rock And Roll” and “When the Levee Breaks.”

“Since its debut in 2002, CMT Crossroads has been instrumental in breaking down perceived barriers between genres and carving out a place in television history,” notes Margaret Comeaux, SVP, Production, Music & Events, CMT. “What better way to celebrate 20 years of incredible musical pairings than to reunite the beloved duo of Robert Plant and Alison Krauss as we reflect upon and celebrate the magic of 70+ episodes of this trailblazing series.”