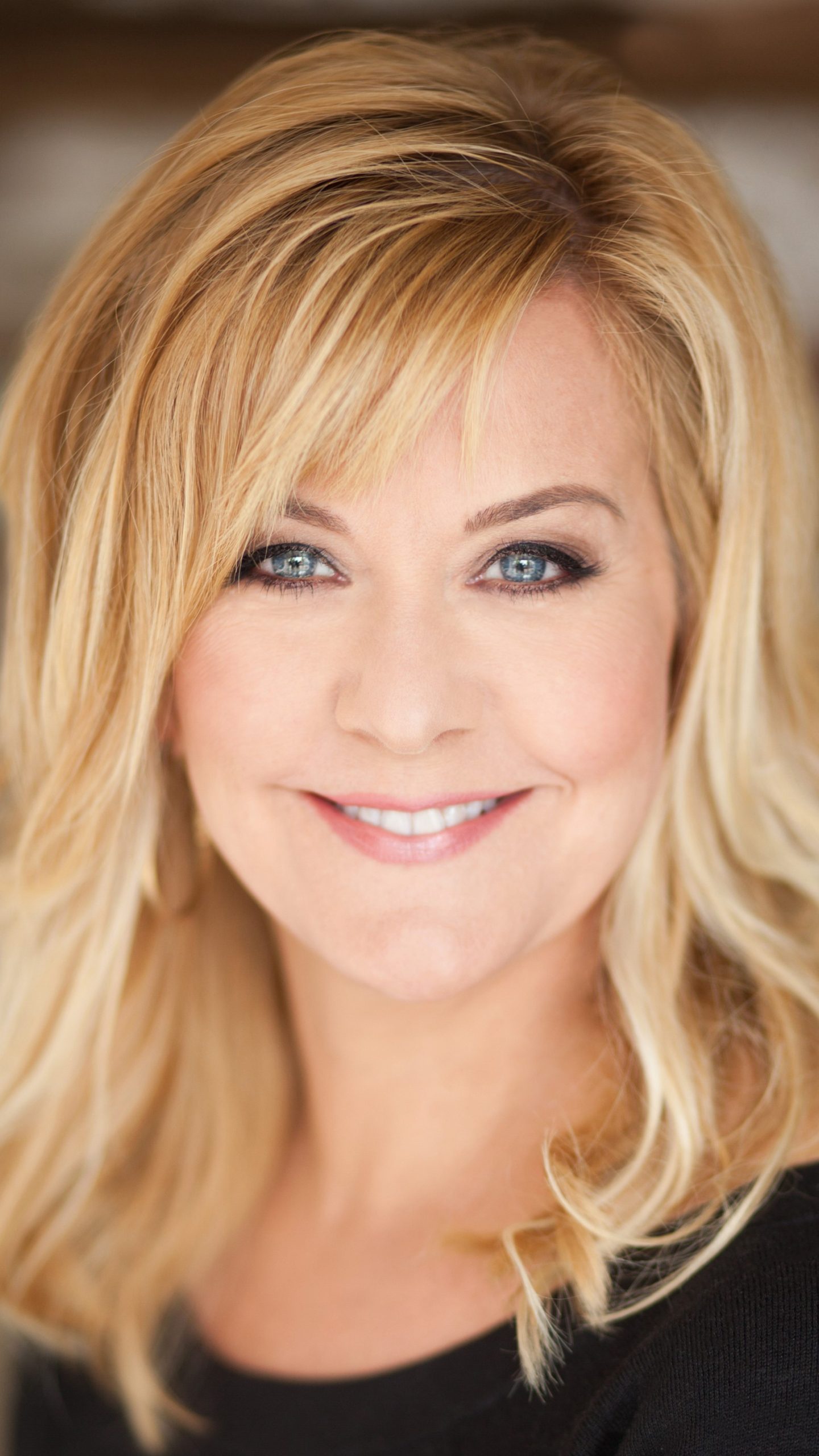 Ellen Truley serves as Chief Marketing Officer for The Mechanical Licensing Collective (The MLC), where she works closely with The MLC’s Leadership Team, CEO, Board and Advisory Committee members. In her role, she also leverages her wealth of experience in marketing, brand strategy, digital initiatives, advertising, public relations and industry relations to direct a robust and proactive communications operation that engages both the music community and the public at large.

Prior to joining The MLC, Truley was the founder and CEO of ETC Consulting, a leading music industry marketing firm focused in the entertainment relations niche, consulting with music, tech and entertainment companies in New York, Nashville, Los Angeles and London. Previously, Truley served as the Senior Vice President of Corporate Relations for SESAC Holdings, Inc., overseeing global marketing initiatives for all corporate entities, including the Harry Fox Agency, Rumblefish, SESAC PRO and Mint Digital Services. During her 20 years with SESAC, Truley noticeably elevated the organization’s brand through collaborations with industry partners and advertisers that maximized its visibility.

Her many achievements include being named one of Billboard Magazine’s Women in Music on numerous occasions and honored at the Nashville Business Journal’s Women in Music City Awards for several years. She currently serves on the Global Board of Women in Music, the leading industry nonprofit working to advance the awareness, equality, diversity, heritage, opportunities and cultural aspects of women in the musical arts, and is a member of the Leadership Music class of 2022. 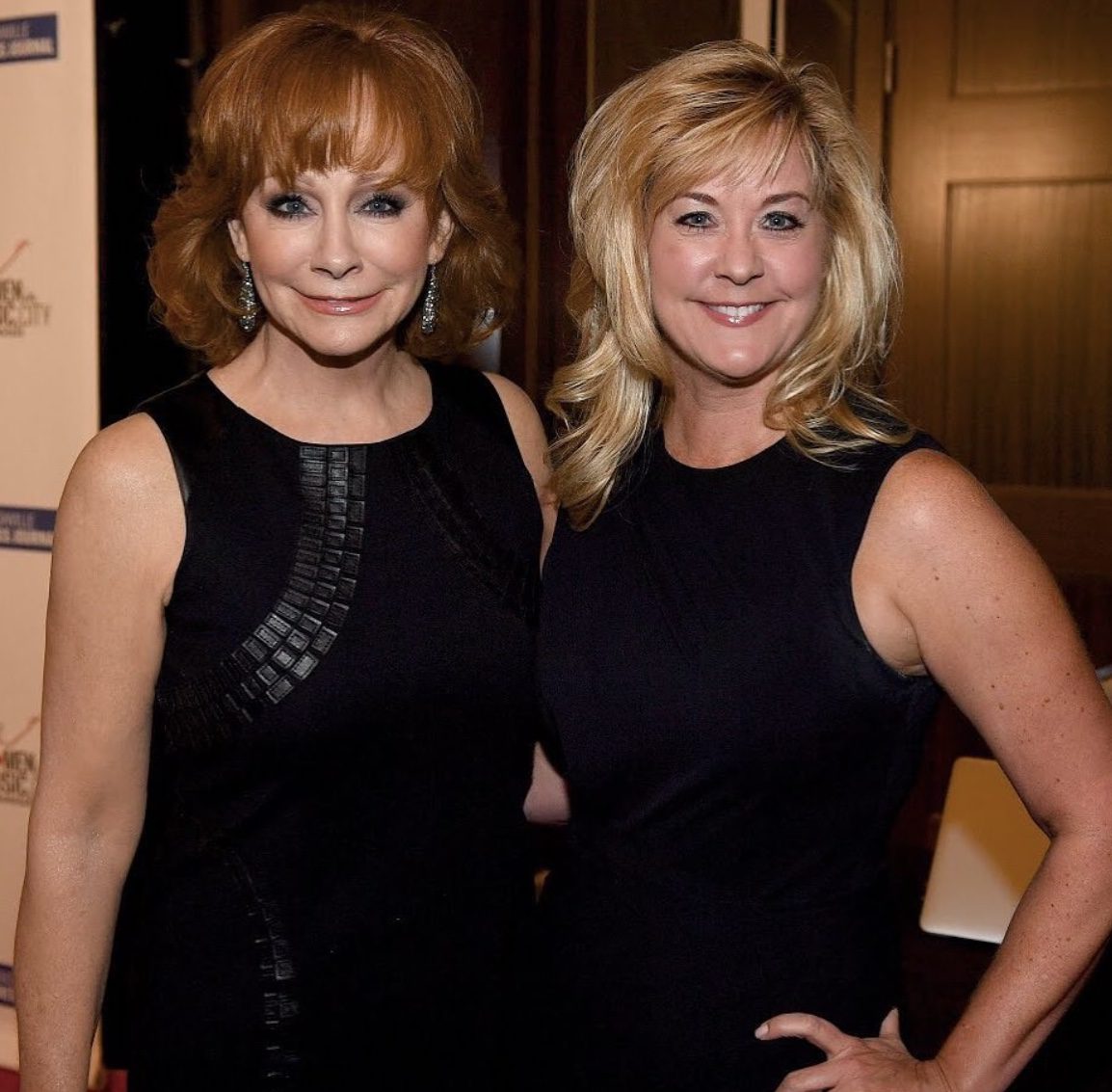 Did you grow up wanting to be in the music business here?

I thought I would not be in the music business. Growing up here I was like, “I’m not into that.” Then, lo and behold, I found myself right smack in the middle of it. My first job out of college, I worked at an ad agency for just a short time. That quickly led to a position at Billboard. I worked there for a couple years and that’s really where I fell into the music industry. Then I joined SESAC.

You spent over two decades at SESAC, rising to Senior Vice President of Corporate Relations. What was that time like?

That’s really where I grew to love songwriters and their stories. I grew to understand their huge role in our ecosystem and of the music industry. I’m just a huge fan of singer-songwriters. 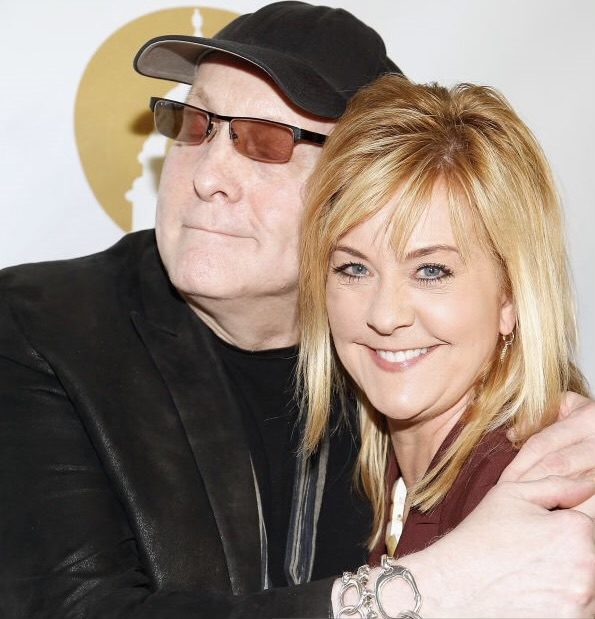 Who were some of the songwriters that you first fell in love with?

Obviously the Nashville songwriters, but I had such a great opportunity working at SESAC because I worked in all genres. I was exposed to music that I probably wouldn’t have necessarily been before. Everything from jazz musicians to pop and rock; as well as film and TV composers. I never would’ve crossed paths with them. That has been really a cool thing.

Just the other night I saw a film and TV composer, Jonathan Wolf, who wrote the theme song for Seinfeld. He was in town for the CMA awards. It was good to see him again.

You left SESAC in 2018. What were the next steps for you?

I had my own company for a couple of years where I did a lot of industry relations and helped people who wanted to get into the music industry.

From there, I got a call about The MLC. I knew it was happening because I knew about the Music Modernization Act from 2018. I had been following that closely because I knew it was going to affect songwriters and publishers, and that was my world. So when they called, I was really interested. Anything that helps creatives get paid, I was behind. So I started with The MLC in March of 2020—right as the world was shutting down. 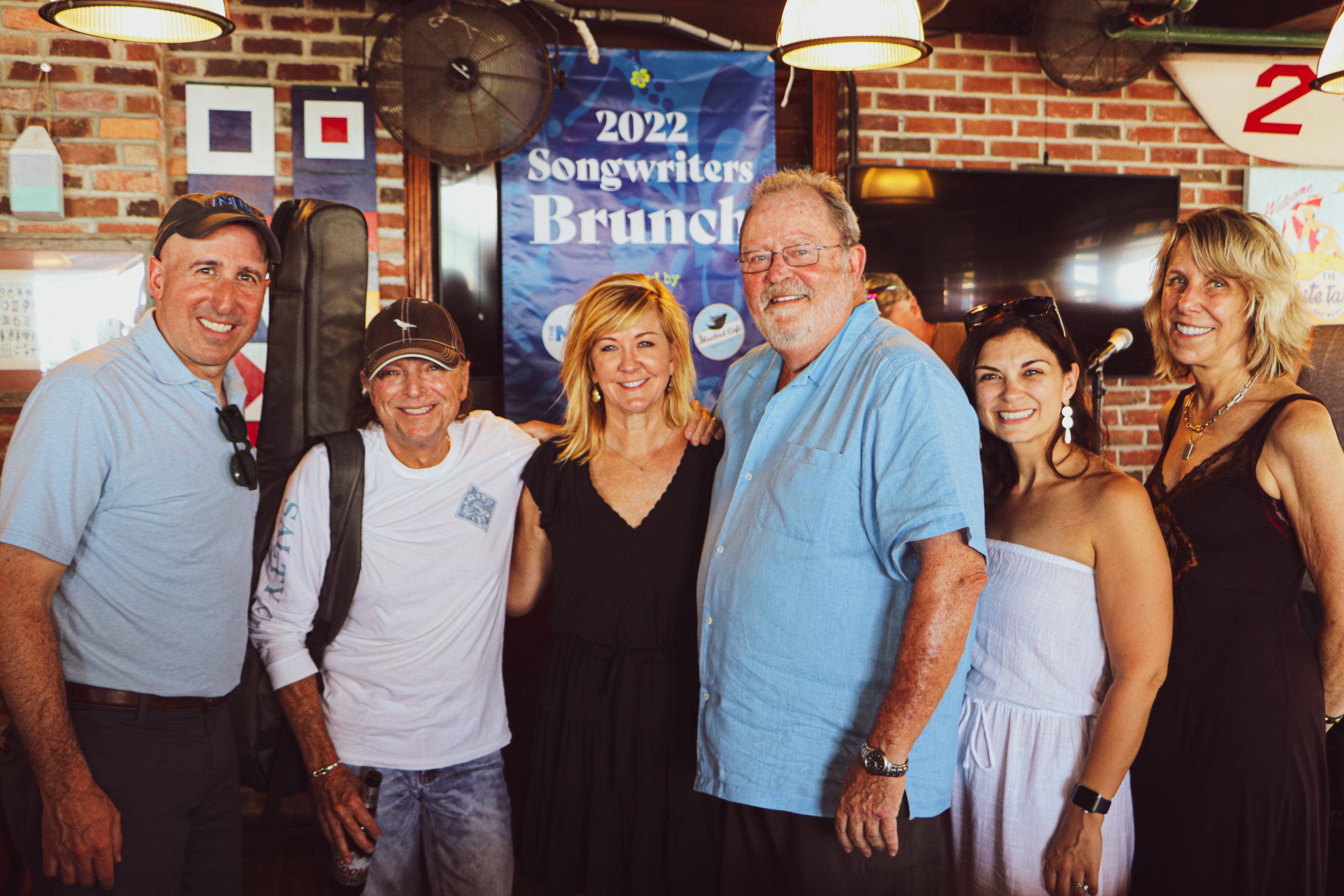 I was employee number five. We’re now at 105, so it’s grown a lot very quickly. It’s been a great ride. Building something from the ground up and seeing this piece of legislation and this mandate come to life has been really rewarding.

I started in March of 2020 and we officially started operations January of 2021. We started paying publishers and songwriters in April of 2021 and we’ve been paying every month since. We distribute royalties once a month.

When you signed on, what were you specifically tasked with?

Part of the legislation said we had to get out in the marketplace and educate people about The MLC. We had to do a lot of education and outreach. My role is marketing, but that includes the education and outreach as well as traditional marketing and PR. It’s about educating people on who we are and what we do, which has been a challenge. We’re kind of this unknown organization, brand new to the landscape of the music industry. We had to tell people what we do and why it was important to sign up so they could get paid. 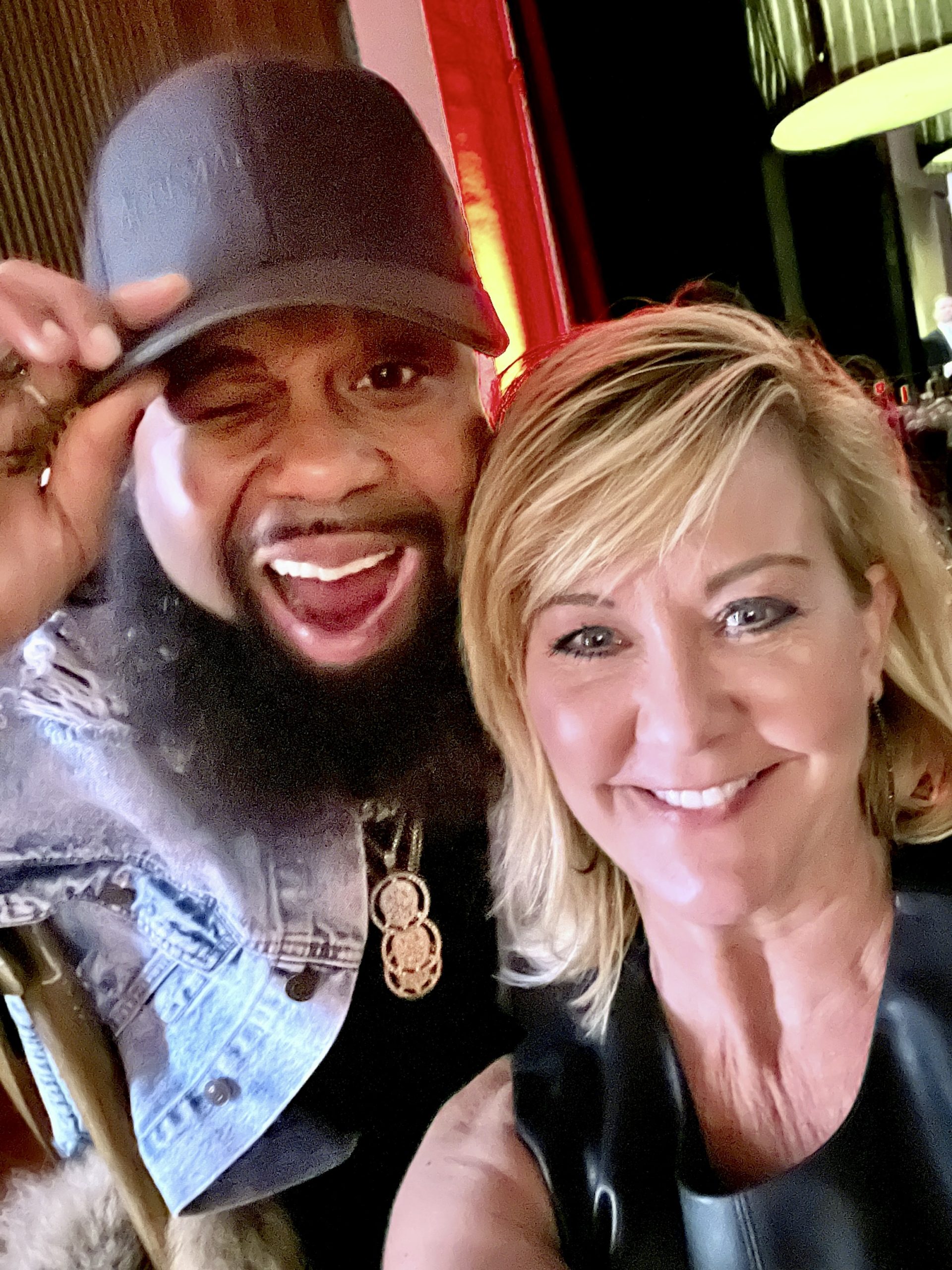 What are the hardest things to get people to understand?

People think if they’re signed up with a PRO, that they’re going to get that money. They do get a stream of royalties from a PRO, but there’s a performance royalty and a mechanical royalties associated with a stream. So letting people know they have two ways to get paid when a song is streamed is really important. A lot of people didn’t realize that. Hopefully we’ve opened up a lot of eyes and we’re getting more people paid.

It’s a couple of things. One is that we’ve been able to, literally from the ground up, bring this organization to life. That was a tall order. There was lots to do. It was a great accomplishment to be part of the team that launched on time, when we were supposed to, even with the pandemic going on, and started paying people. That’s been really rewarding. To see a songwriter’s eyes light up when you tell them you have money for them, that’s pretty rewarding too. 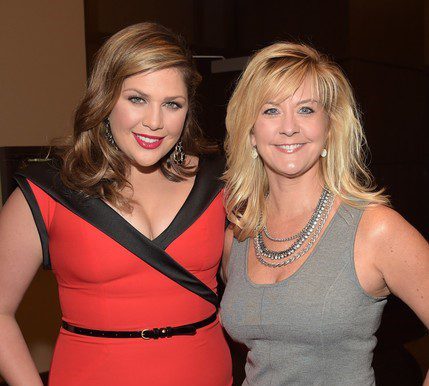 What is some of the best advice you’ve ever received?

Never burn bridges. Always be respectful to everyone. You never know how you might end up working with someone down the road.

What’s the coolest part about working in this field?

I think a lot of people, when they hear you work in the music industry, they think that’s really cool. But it’s not all going to parties and attending the CMA Awards like we just did. There’s a lot of hard work that goes on behind the scenes.

Yes, it’s great to go to the CMAs but the rewarding part and what makes it cool is you’re playing a small part in bringing music to the people. It doesn’t get any better than that.