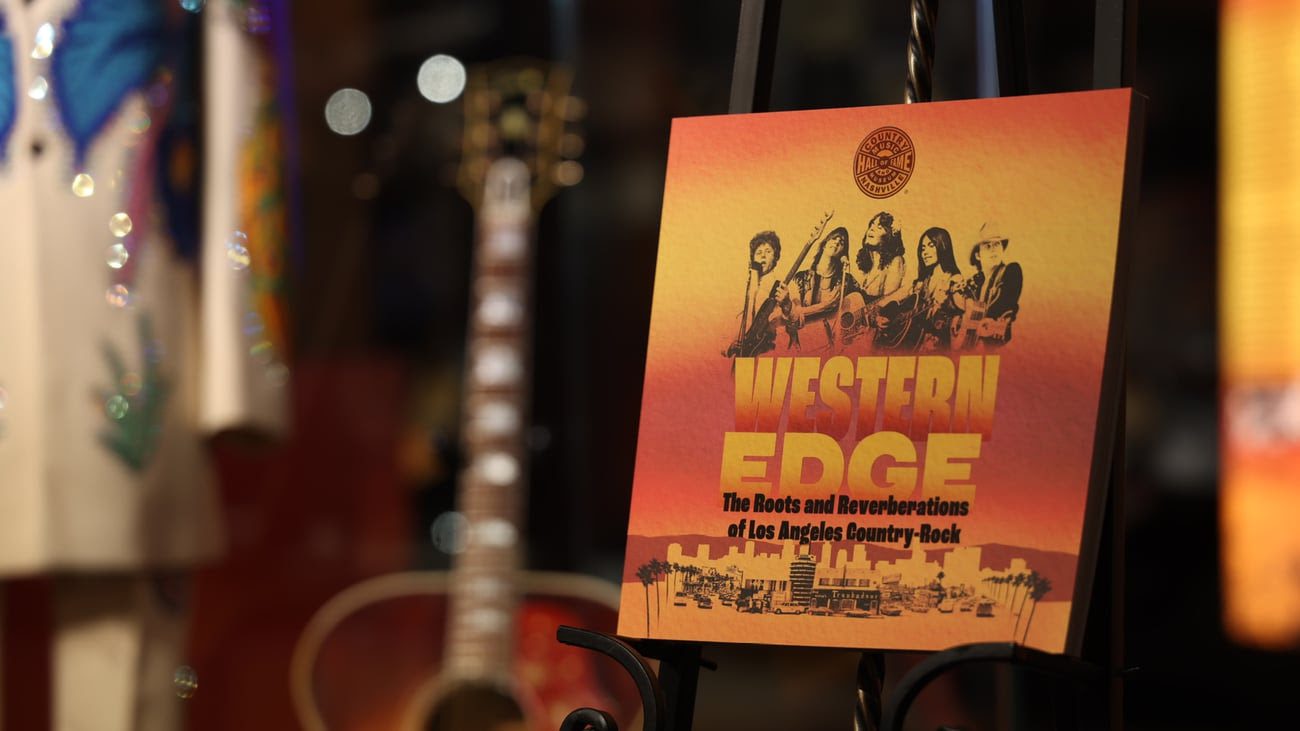 The Country Music Hall of Fame and Museum and the University of Illinois Press are joining forces to co-publish new works, as well as distribute titles released under the museum’s longstanding publishing arm, CMF Press, including reissuing significant out-of-print historical works.

The first release in the partnership is Western Edge: The Roots and Reverberations of Los Angeles Country-Rock, the museum’s new companion book to its major multi-year exhibition of the same name. Now available in bookstores nationwide and online outlets, the illustrated book traces the impact of the Byrds, Buffalo Springfield, The Eagles, Emmylou Harris, Linda Ronstadt and many more, along with the next wave of L.A. roots music ushered in by the Blasters, Lone Justice, Los Lobos, Dwight Yoakam and others.

The book includes more than 160 artifact and archival photos and features a foreword by Ronstadt and main essay by longtime LA music journalist Randy Lewis, among other essays from artists, musicians and historians.

University of Illinois Press and CMF Press have each released some of the most authoritative works exploring traditional country and roots music topics. Collectively, these books have been honored with a variety of awards, including the Ralph J. Gleason Music Book Award, the ASCAP Foundation Deems Taylor/Virgil Thomson Award, the Belmont Book Award, the Irving Lowens Book Award and others.

“The University of Illinois Press has an impressive track record of releasing important books examining the broad spectrum of music and documenting American culture,” explains Kyle Young, CEO of the Country Music Hall of Fame and Museum. “The collaboration is a perfect fit to continue our museum’s longstanding commitment of reaching beyond our gallery walls via book publishing and other media platforms to explore the rich heritage of country music and its important contributions to history.”

“The Country Music Hall of Fame and Museum is a national treasure that shares our vital mission to document and celebrate roots music culture and its makers,” adds Laurie Matheson, Director of the University of Illinois Press. “We are excited to build on the synergies of this partnership in extending the reach and impact of country music publications.”

The next release from the partnership will come in spring 2023 with the reissue of the long out-of-print title DeFord Bailey: A Black Star in Early Country Music by David C. Morton with Charles K. Wolfe. Bailey (1899-1982) was a founding member of the Grand Ole Opry and among its most popular early performers, touring with well-known Opry acts like Roy Acuff, the Delmore Brothers and Bill Monroe. The reissued book will include a new chapter on Bailey’s thoughts about race relations, more than 40 photographs and a complete session discography.