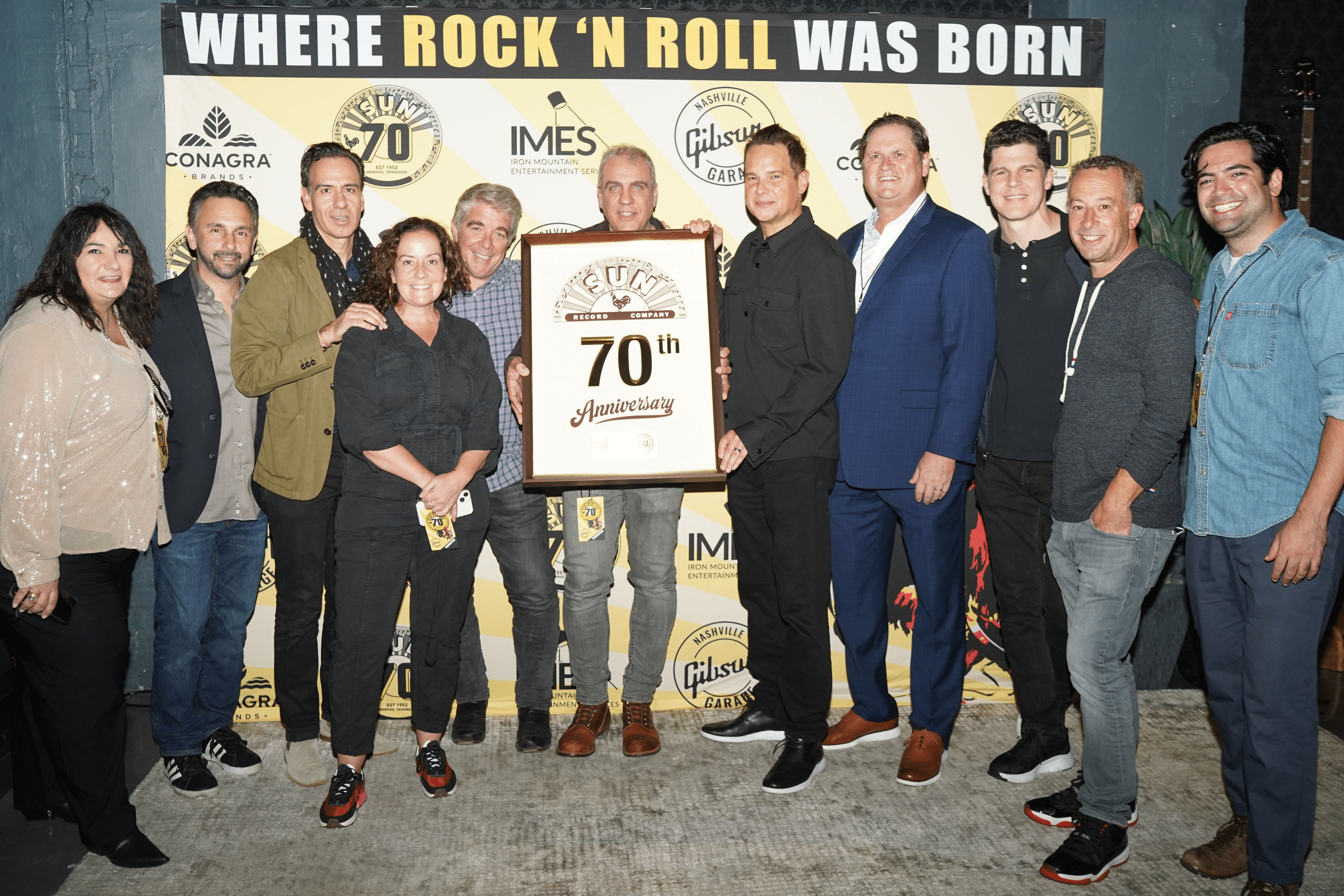 The evening was filled with performances of hits from Sun Record artists throughout the label’s history. Tash Neal began the all-star event with a performance of “Iko Iko” and “Mystery Train,” Hannah Dasher performed “Hey Good Lookin’,” and Meghan Linsey took the stage for “That’s Alright (Mama).” 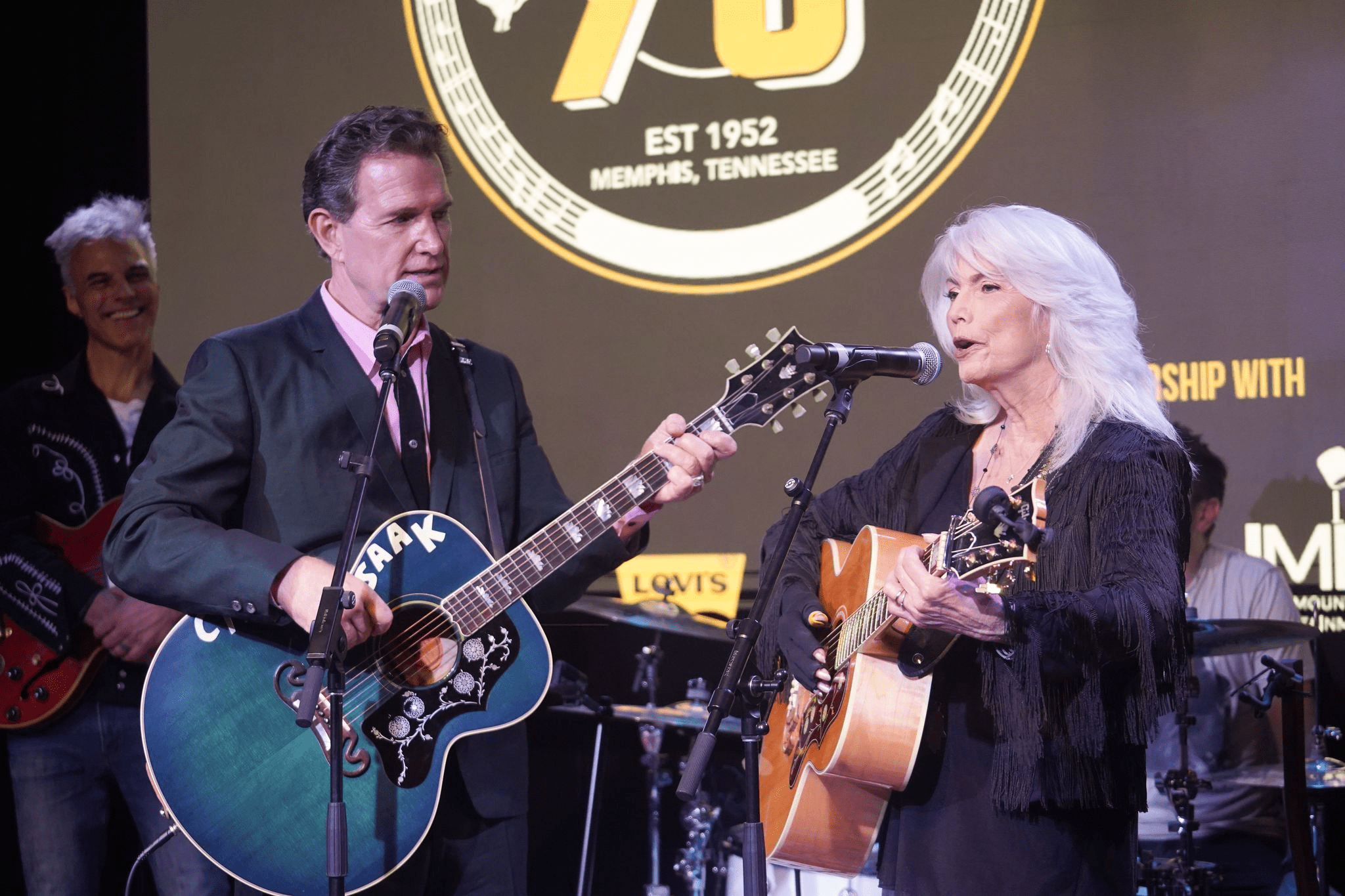 Kristian Bush followed with a performance of “King of the Road” and “Boppin’ the Blues” with Benji Shanks of Blackberry Smoke, and the legendary Emmylou Harris performed a duet of “Love Hurts” with Chris Isaak. Finally, Isaak sealed the evening with a performance of “Great Balls of Fire” and “I Forgot to Remember.”

“Sun Records will forever be the birthplace of rock and roll,” notes Dominic Pandiscia, Chief Strategy Officer Sun Label Group. “To celebrate its’ 70th birthday with so many who have contributed to its’ legacy, past and future, is truly an honor.”

“From Elvis to B.B. King, Roy Orbison and more, it’s an honor, and so fitting, for Gibson to host the Sun Records 70th anniversary,” adds Elizabeth Heidt, Vice President of Cultural Influence, Gibson Brands-Global. “Gibson and Sun Records have been partners in shaping sound with music icons for decades and are aligned in the preservation, restoration and celebration of this rich music history. It’s so exciting to see new fans discovering these incredible artists and their stories.”

RIAA presented a plaque to Primary Wave and Sun Records in honor of the impact the label has had on the music industry over the past 70 years.