Kenny Chesney returned to his roots at his alma mater of East Tennessee State University to help honor the founder of the school’s Bluegrass, Old-Time and Roots Music Studies Program, Jack Tottle.

A well-known historian, player and journalist, Tottle created a program that has inspired young musicians, such as Amythyst Kiah, Tim Stafford, Adam Steffey, Ron Block, Becky Buller and the program’s current director Dan Boner, to use music as a way to bring people together, respect the roots, and create music’s future. The internationally acclaimed program, which has graduated Grammy, IBMA, CMA, and ACM awards winners, celebrated its 40th anniversary as part of the school’s Homecoming weekend.

“Jack Tottle taught me how to dream, or inspired me to have the ability to dream enough to believe I could do this,” Chesney notes. “He showed me that music could make connections beyond what we see, that it could communicate beyond language or location. When I was just beginning to really get serious, Jack Tottle was 10 years into this incredible program that focused on the region’s musical roots. He welcomed me, taught me a lot about songs, being in bands and what this music is made of.” He adds, “It was my honor to honor Jack this way. He showed an East Tennessee kid the power of what music can do; and for me, it sure did.” 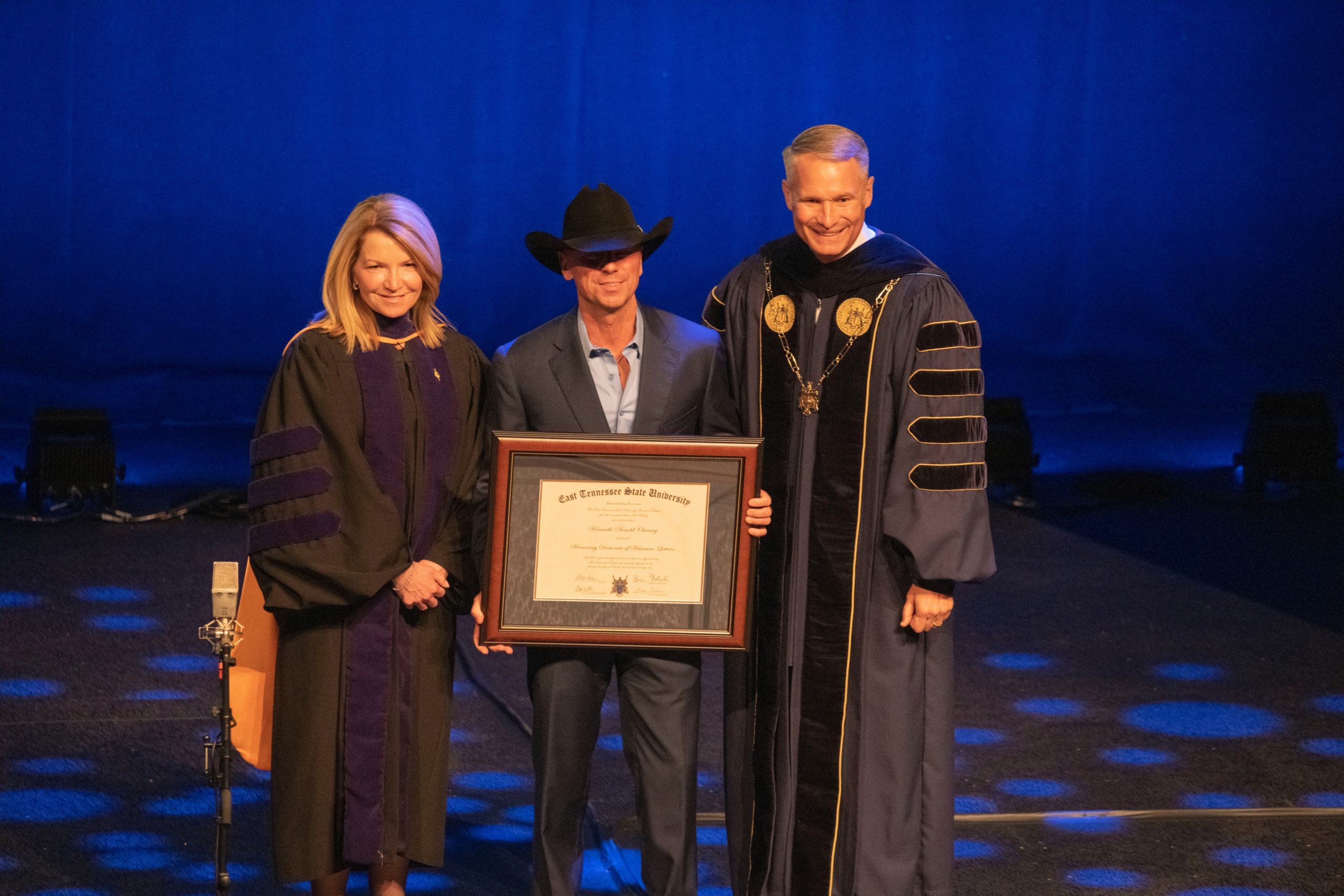 A surprise guest at the celebration, Chesney was welcomed to the stage by President Brian Noland midway through the evening. Noland and Provost Kimberly McCorkle awarded Chesney an honorary doctorate of letters during the special evening.

“He is a paradigm-shifting artist who helped define country music in the 21st century, selling out stadiums across the world… He is an inspiration, reminding the world—through his art and the example he sets—to live life with joy, humor, passion, and soul,” shares Noland. “Here at ETSU, we have issued a challenge to our faculty, staff and students to ‘go beyond.’ Mr. Chesney, soon to be Dr. Chesney, you exemplify that ideal. You have gone beyond genres, unifying people through your art and your work. You have gone beyond borders, sharing your amazing talent all over the world. And you have gone beyond yourself, using your voice to uplift others and give back to communities.”

“To say I wouldn’t dream this is an understatement,” Chesney explains. “I was spending most of my time at Chucky’s Trading Post, the Downhome, Quarterback’s BBQ and in the rooms at the music building, practicing my guitar. All I wanted was to get a song on the radio, write some things I could be proud of and get out on the road and have some fun. My tour manager and a couple of my friends from back here are still out there with me, but I don’t think any of us would’ve seen this coming. But that’s why no matter what you dream, you have to just keep dreaming and believing.” 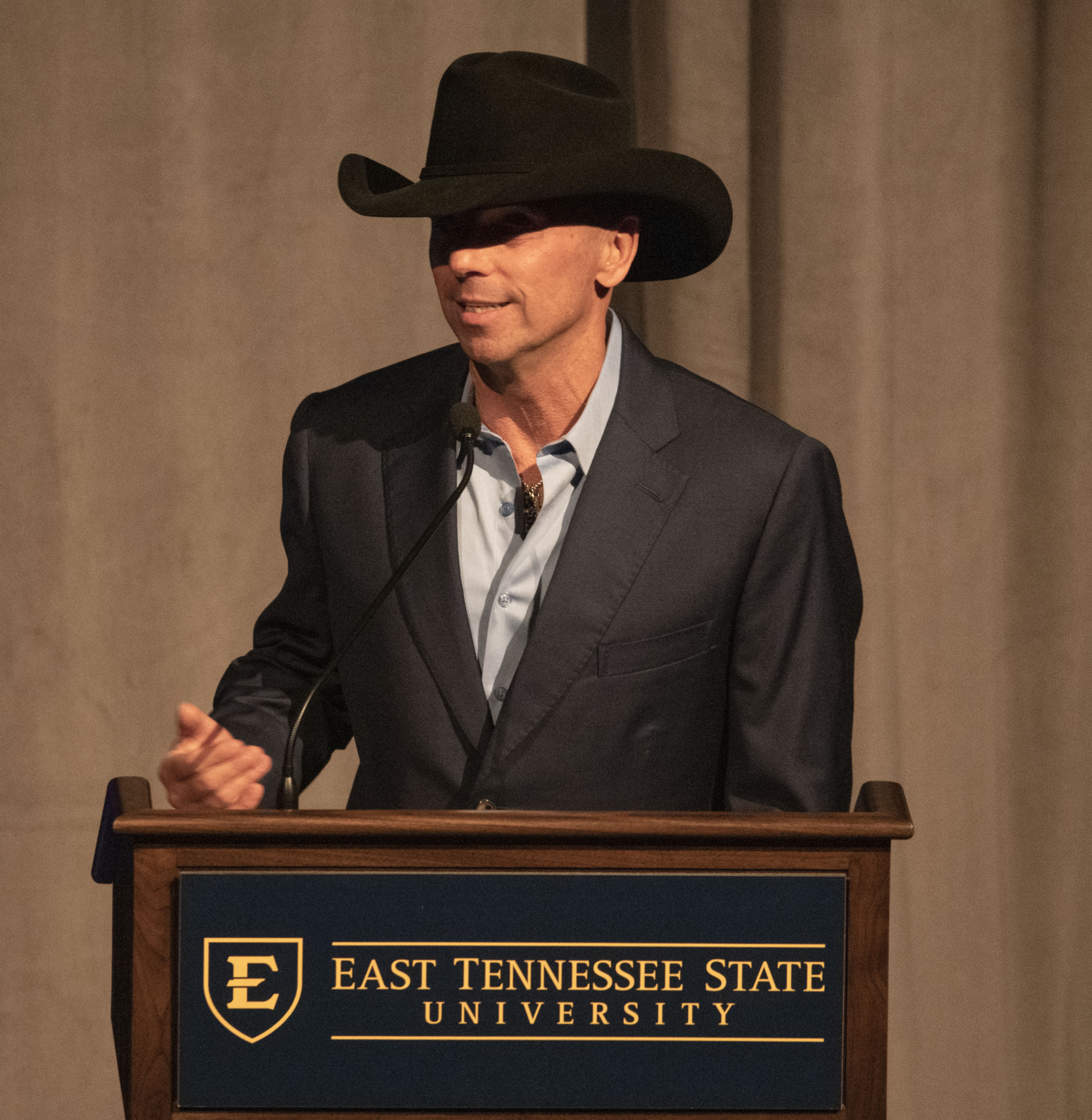