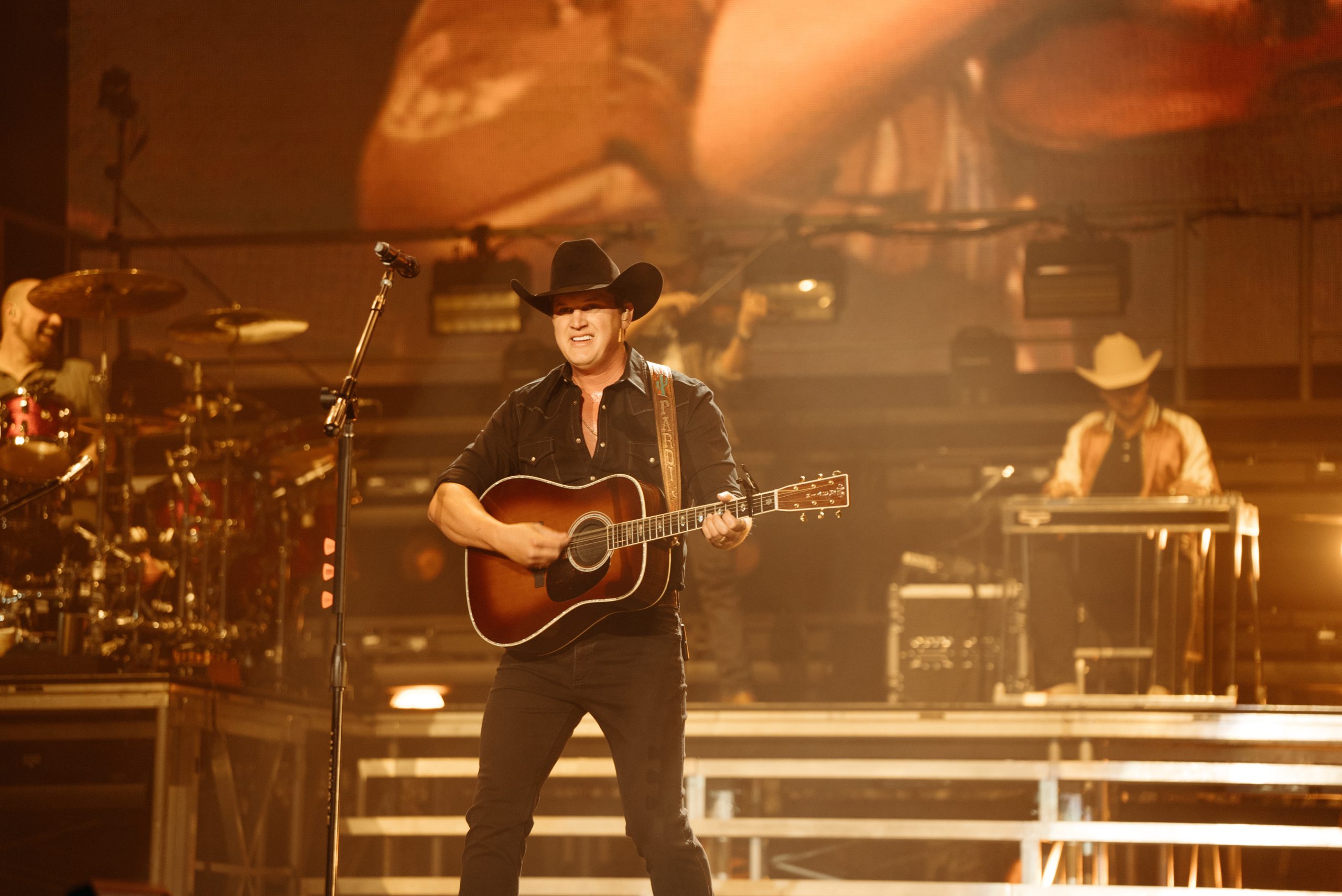 After a set from Pardi’s charming label-mate Priscilla Block, which included her breakout hits “Just About Over You” and “My Bar,” Lainey Wilson took the stage. Her high-energy set showed just why Nashville has fallen in love with the Broken Bow Records artist.

She thrilled the crowd with her newest single “Heart Like A Truck” and closed her awesome set with her ACM Song of the Year winner, “Things A Man Oughta Know.”

When it came time for Pardi to take the stage, the audience was good and ready for some more neotraditional country music. The weather at the outdoor arena was perfect, making for a comfortably chilly night.

The multi-Platinum entertainer wasted no time teasing the audience with a sizzle reel or long introduction. As soon as he appeared on the Ascend stage, he was singing the opening line of his No. 1 hit “Night Shift.”

Throughout the show, Pardi maintained simplicity—keeping to the basics of good country music and a good time. The crowd danced along to songs new and old, such as “Up All Night” and “What I Can’t Put Down” from his 2014 debut studio album Write You a Song. 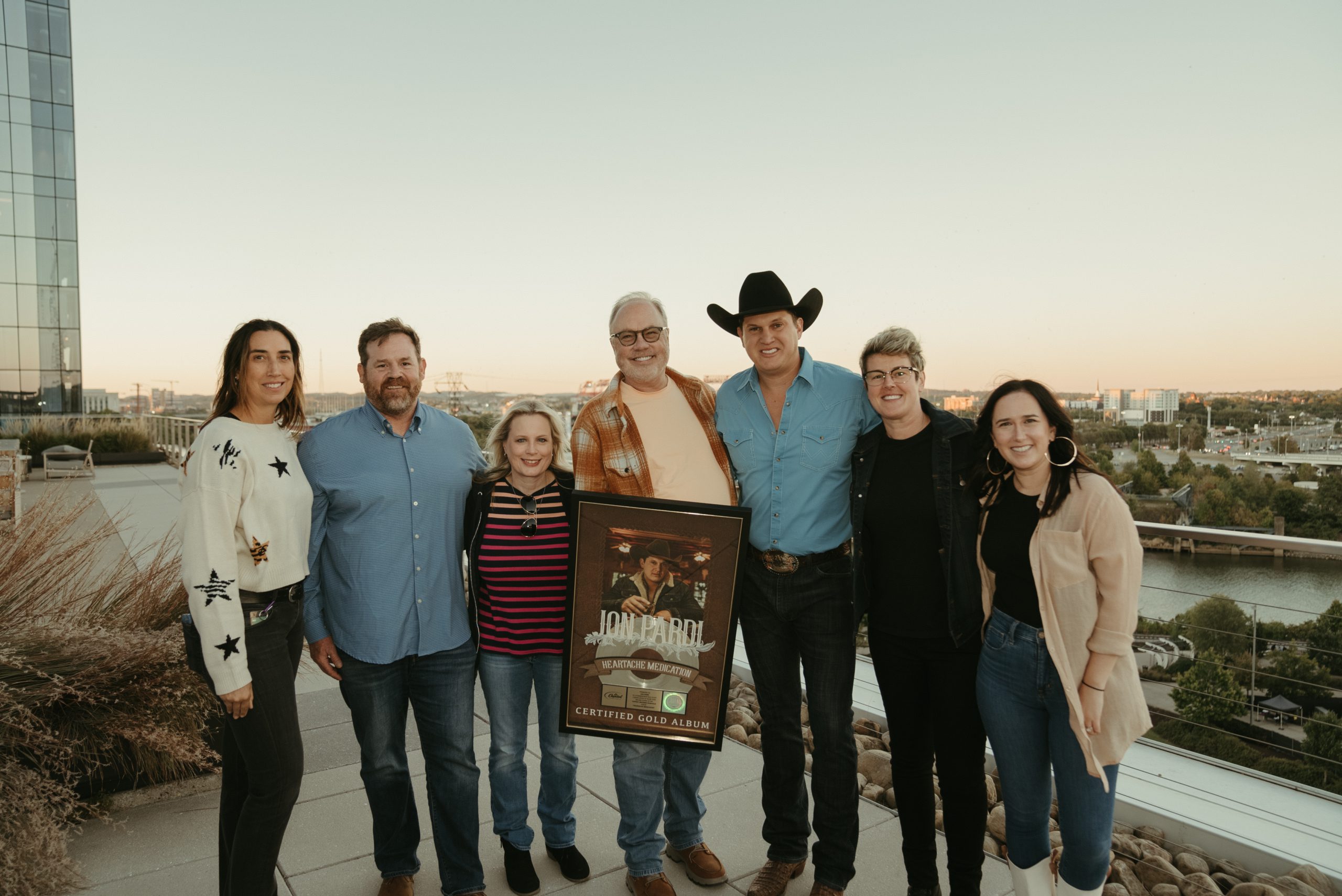 Pardi also played many of his hit songs from his third studio album, Heartache Medication, which was officially certified Gold by the RIAA earlier in the night.

Much to the audience’s amusement, Pardi played plenty of tunes from his recently released fourth studio album, Mr. Saturday Night. Because he was in Music City, he made sure to give a shout out to the songwriters and publishers who worked on the record. A definite highlight of the night came when Pardi played the album’s title track.

In addition to his already stellar fiddle player, Pardi enlisted the help of renowned fiddle master Jenee Fleenor for a lot of the performances Saturday night. The two fiddles, steel guitar and Pardi’s country twang sounded great on Pardi’s next single, “Your Heart Or Mine.”

During a quiet moment, the crowd started chanting “Pardi.” It seemed to catch the singer by surprise, as he aw-shucked back to the mic and grinned.

“I guess we’re all here tonight because we love traditional country, ’90s country, George Strait, Dwight Yoakam and all that good stuff,” Pardi said, noting that he had been dreaming about playing Ascend for some time. 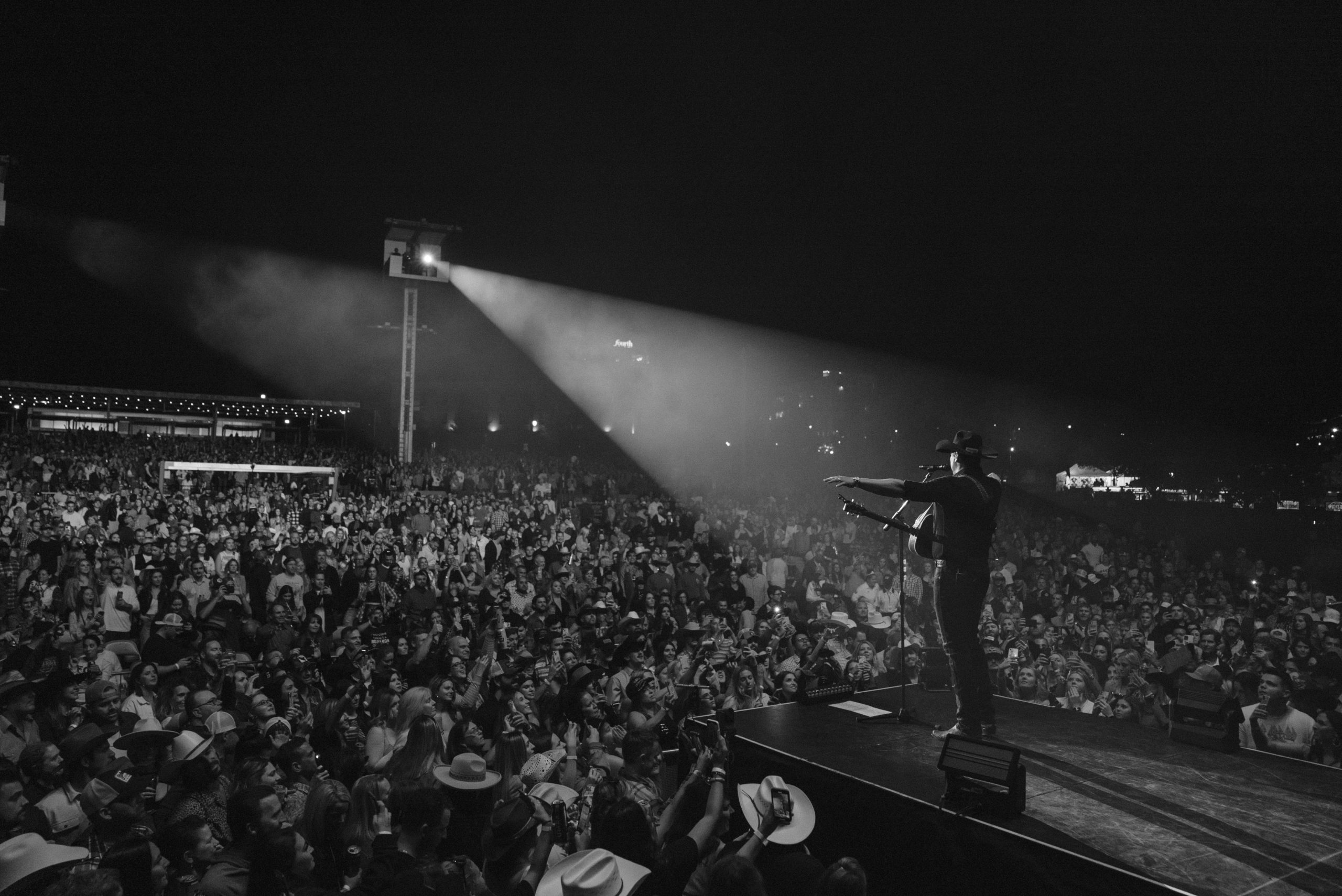 Another highlight of the evening came when Pardi was alone on stage with just his acoustic guitar. He played “Starlight,” a tune about chasing your dreams with the help of a guardian angel. He then played “When I’ve Been Drinkin'” and the surprisingly tender “Reverse Cowgirl,” from his new album.

The last half of the show was a blitz of Pardi hits. He smiled and grooved along to the dancing mariachi band of skeletons on the video wall behind him on “Tequila Little Time.” He ran all over the stage during “Beer Can’t Fix,” shuffled along to “Heartache Medication” and grooved some more to “Last Night Lonely.”

After walking off-stage as if to end the night, Pardi returned to the piano riff of “Still D.R.E.” that quickly morphed into the beginning of “Dirt On My Boots.” CASE Bulldozers, from the construction equipment company that sponsored the tour, were shown pushing dirt on the video screens behind the country singer.

Before closing with his enduring hit “Head Over Boots,” Pardi gave a hair-raising performance of the tour’s namesake “Ain’t Always The Cowboy.” As is true at many Jon Pardi concerts, couples swayed and danced along together in the grassy yard as the Platinum country star painted a picture of longing for them.