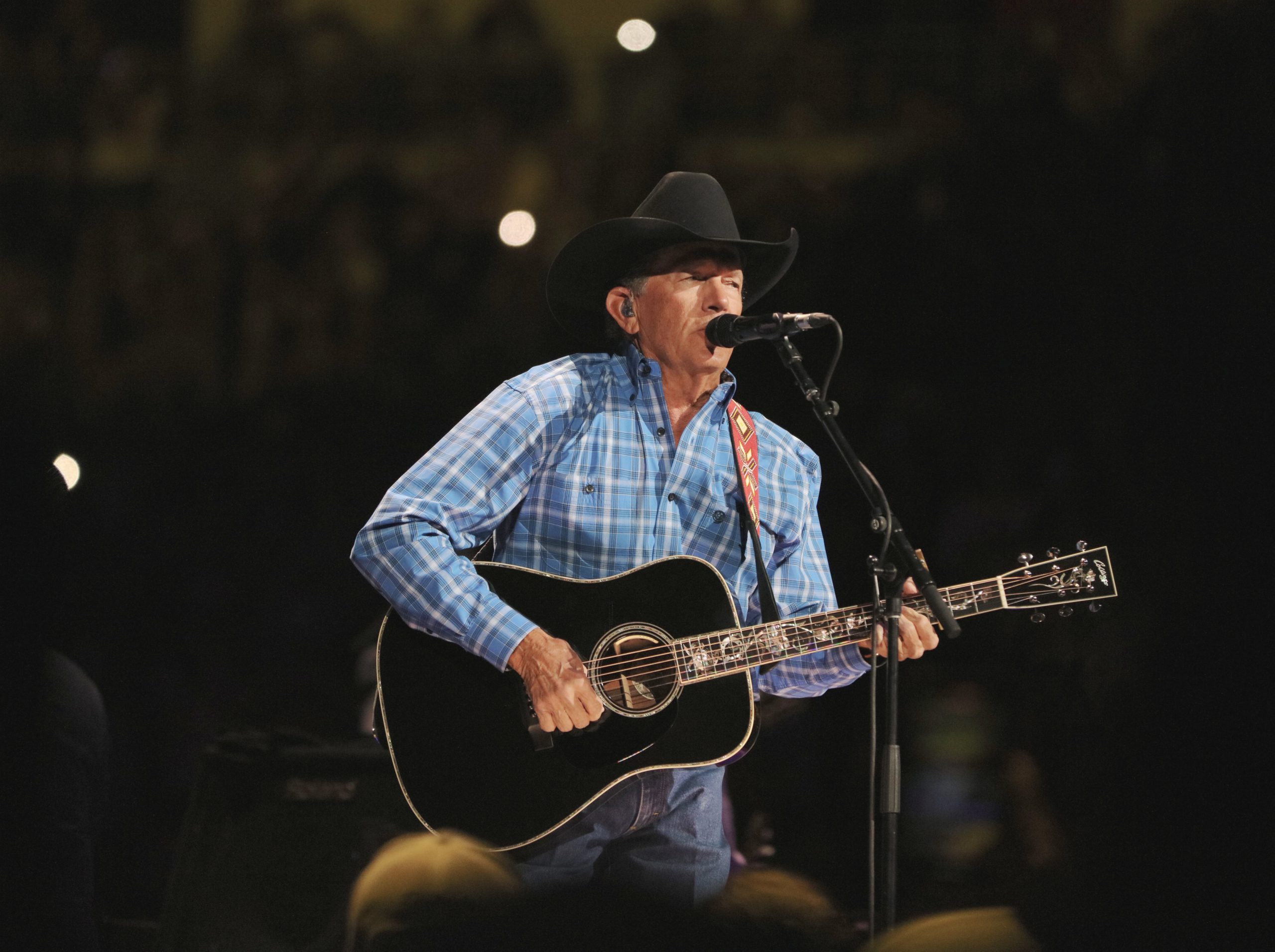 George Strait has announced six major one-off stadium dates around the country for next summer, including a Nashville date at Nissan Stadium on July 29. Chris Stapleton will join the “King of Country” for the run of shows along with Little Big Town.

Tickets to all shows go on sale Friday (Nov. 4) at GeorgeStrait.com. American Express card members can purchase tickets before the general public beginning this Wednesday (Oct. 26) through Nov. 3.

Since his record-breaking “Cowboy Rides Away Tour” wrapped in 2014, Strait has performed limited engagements in 2021, including headlining the Austin City Limits Music Festival, Atlanta’s Mercedes-Benz Stadium and Minneapolis’ U.S. Bank Stadium. He also extended his “Strait to Vegas” series at T-Mobile Arena this year along with a handful of headlining shows in Little Rock and Kansas City. Additionally, the country icon returned to the Houston Livestock Show and Rodeo for his 31st performance, and headlined back-to-back nights in Austin for the Moody Center’s grand opening celebration.

Strait will also perform in his home state of Texas this fall for a two-night stand at Fort Worth’s Dickies Arena on Nov. 18-19, and will return to Las Vegas for his “Strait to Vegas” series on Dec. 2-3.