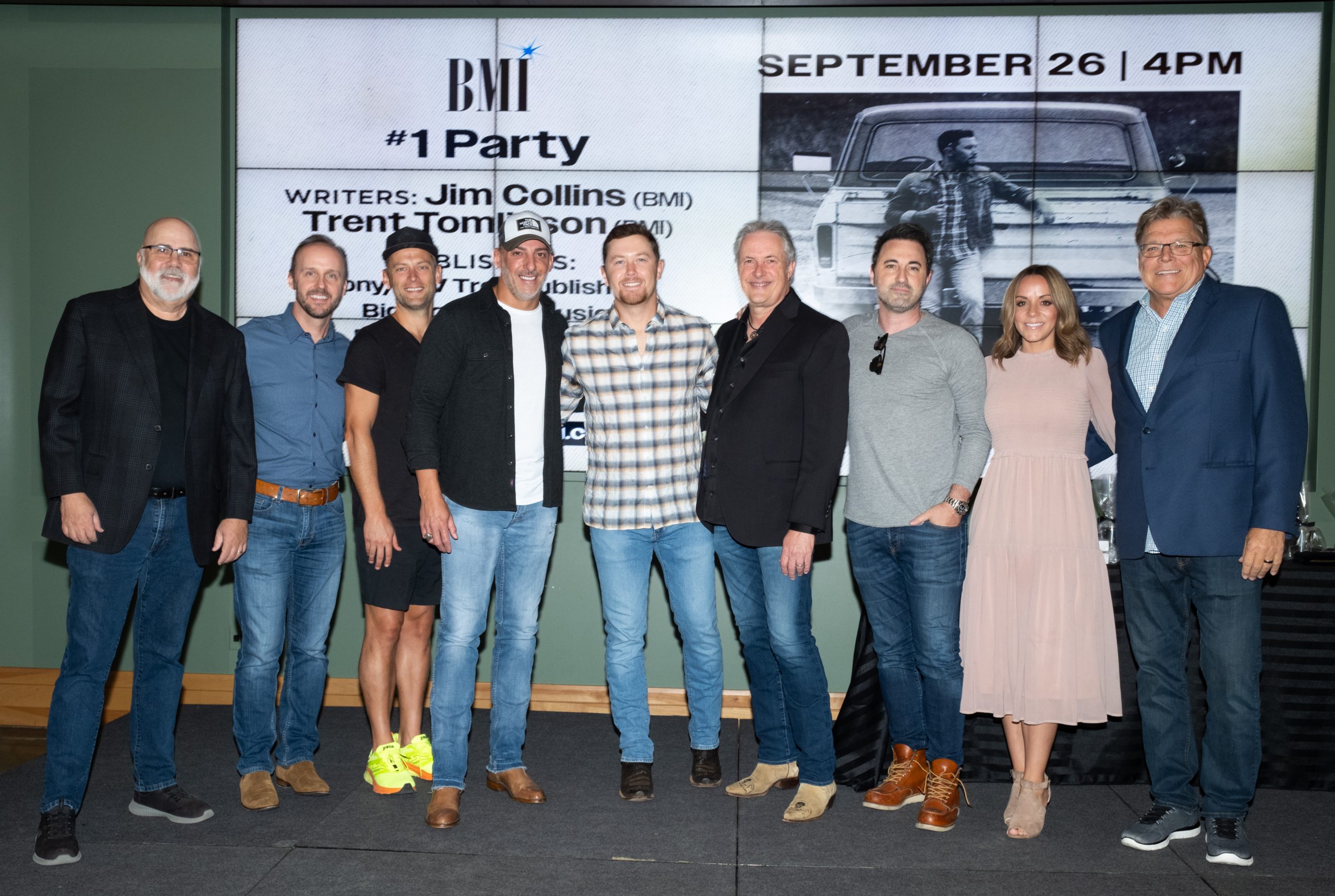 Notching the Triple Tigers recording artists’ fifth trip to the top, BMI’s David Preston also noted that the track is the second longest run at the top of the Billboard Country Airplay chart at three consecutive weeks behind Luke Combs’ 14 weeks. Written by Trent Tomlinson and Jim Collins, the song also marks another outside cut that has skyrocketed to the peak at country radio.

Hosted by Preston, the celebration kicked off with CEO of Mucho Love Brooke Burrows taking the stage to share her thanks for Collins, Tomlinson and McCreery, as well as Triple Tigers’ SVP, Promotion Kevin Herring and his team for getting the song all the way to the top.

Pinnacle Bank’s David DeVaul was also on hand to offer his congratulations to McCreery. On behalf of Pinnacle, he also shared that they would be making a donation to St. Jude’s Children’s Hospital in honor of the song.

Herring took the microphone next to dote on his history with Tomlinson, noting that the pair first met when the Arkansas native was signed to Lyric Street years ago. “We got a couple of hits, but we never made it to the pinnacle so it’s really special that Trent played this song for me and we were able to take it all the way,” he explained. “It’s really special for me to get to have a No. 1 record with Trent.”

Herring gave a shoutout to McCreery’s management team at Triple 8, including founder George Couri and day-to-day manager Scott Stem. He also thanked the Triple Tigers promotion staff and the label’s President Norbert Nix. Finally, he turned his attention to the man of the hour.

Next, it was time to hear from the writers.

The two-time Grammy nominee also took a moment to honor his attorney Mike Milom and Wayne Milligan who helped track down all of those writers and get the licenses needed to use them in “Damn Strait.”

“The writers gave us permission to use their songs in our storyline. I wanted to recognize them, but in order to do that, I had to get a little help so I have a couple of plaques I want to give out. The first one is to Wayne Milligan, who helped me put my company together.” Collins continued, “[The second person] has been my attorney since I moved to town. [Mike] was a big part of this whole thing and made sure that we could do all this stuff.”

Tomlinson followed, first offering his sentiments to McCreery for believing in the song and singing “his butt off on it.” He then turned the attention to his co-writer, sharing how sweet it is for one of their songs to finally have its day in the spotlight. Tomlinson echoed Collins’ thanks to the original Strait songwriters, saying “I want to thank all the songwriters that wrote the songs that we weaved into our storyline to make this work. If it wasn’t for those songs, there wouldn’t be this one.”

Tomlinson also thanked Herring for his continuous belief in him over the years, and for finally achieving their first No. 1 together after 20 years. He also thanked his BMI family for their support and for all the work they do on behalf of songwriters.

Finally, McCreery addressed the writers, thanking them for writing an amazing song.

“Nashville is a songwriter’s town and I felt so honored to get to sing this. I’ve recorded a lot of songs in the last 11 years and this is right up there with my favorites that I’ve done,” he recalled. “I’ve been fortunate to have songs that have worked on the radio in the last few years, but this one is different.”

McCreery then moved to his team, starting with BMI and rolling through his label, management, his publicists at EBM, the Universal Publishing team, his attorney David Crow, FBMM, his producers, his wife, and his band and crew.

“It takes a village. I’ve always said that, and I have the best village in Nashville,” he said with a smile. “But again, today is Jim and Trent’s. Thank you for writing an awesome song and thank you for sending it to me. I’m looking forward to singing this song for many, many years to come.”