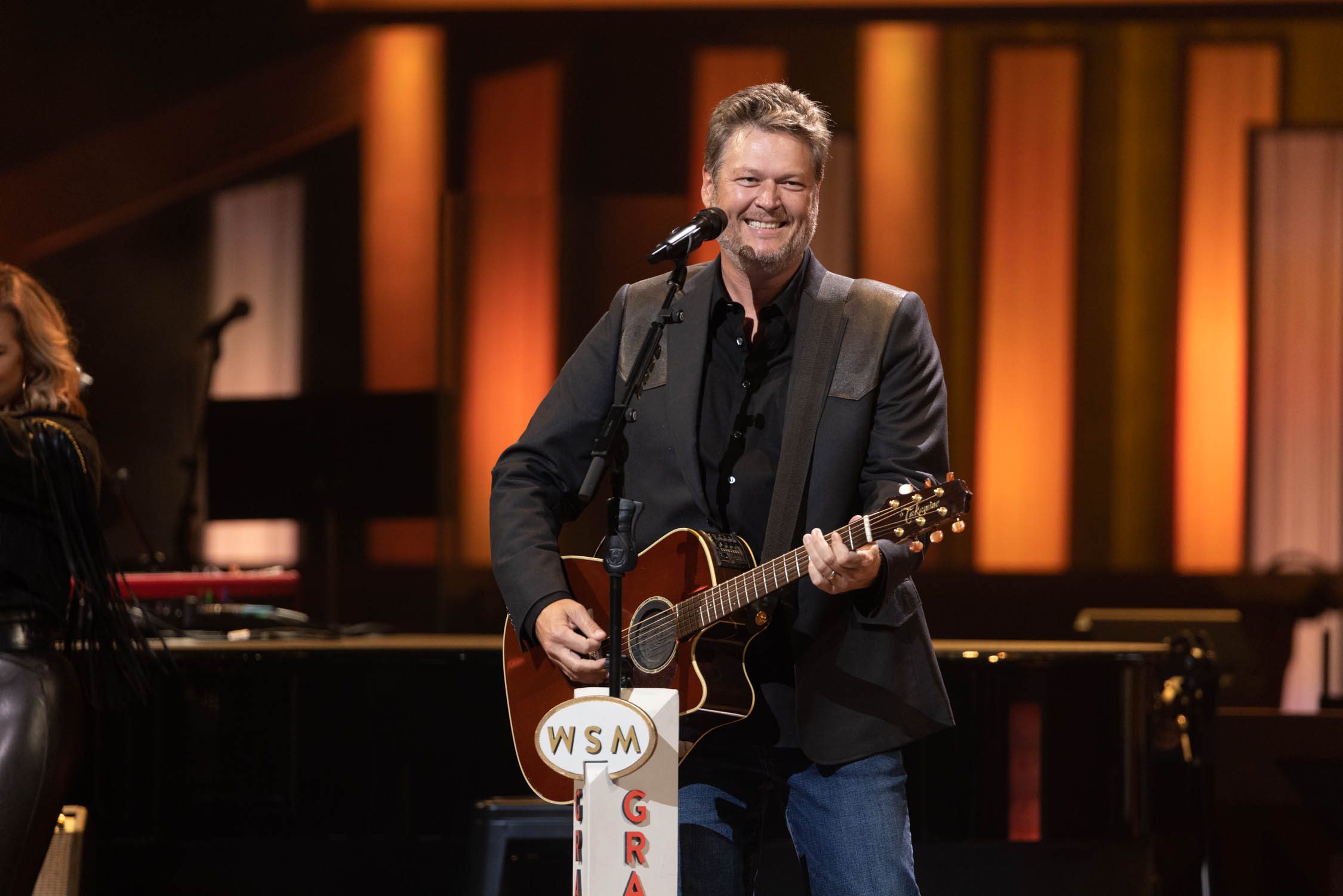 Blake Shelton returned to the Grand Ole Opry House on Saturday (Sept. 10) to perform two back-to-back shows. The Opry member sang hits “Boys ‘Round Here” and “God’s Country,” as well as his latest single “No Body.”

Shelton also brought out a special guest, Grammy-winning multi-Platinum recording artist, Gwen Stefani, who officially made her Grand Ole Opry debut in May 2020 virtually from Oklahoma. The pair performed “Nobody But You” and “Happy Anywhere.” 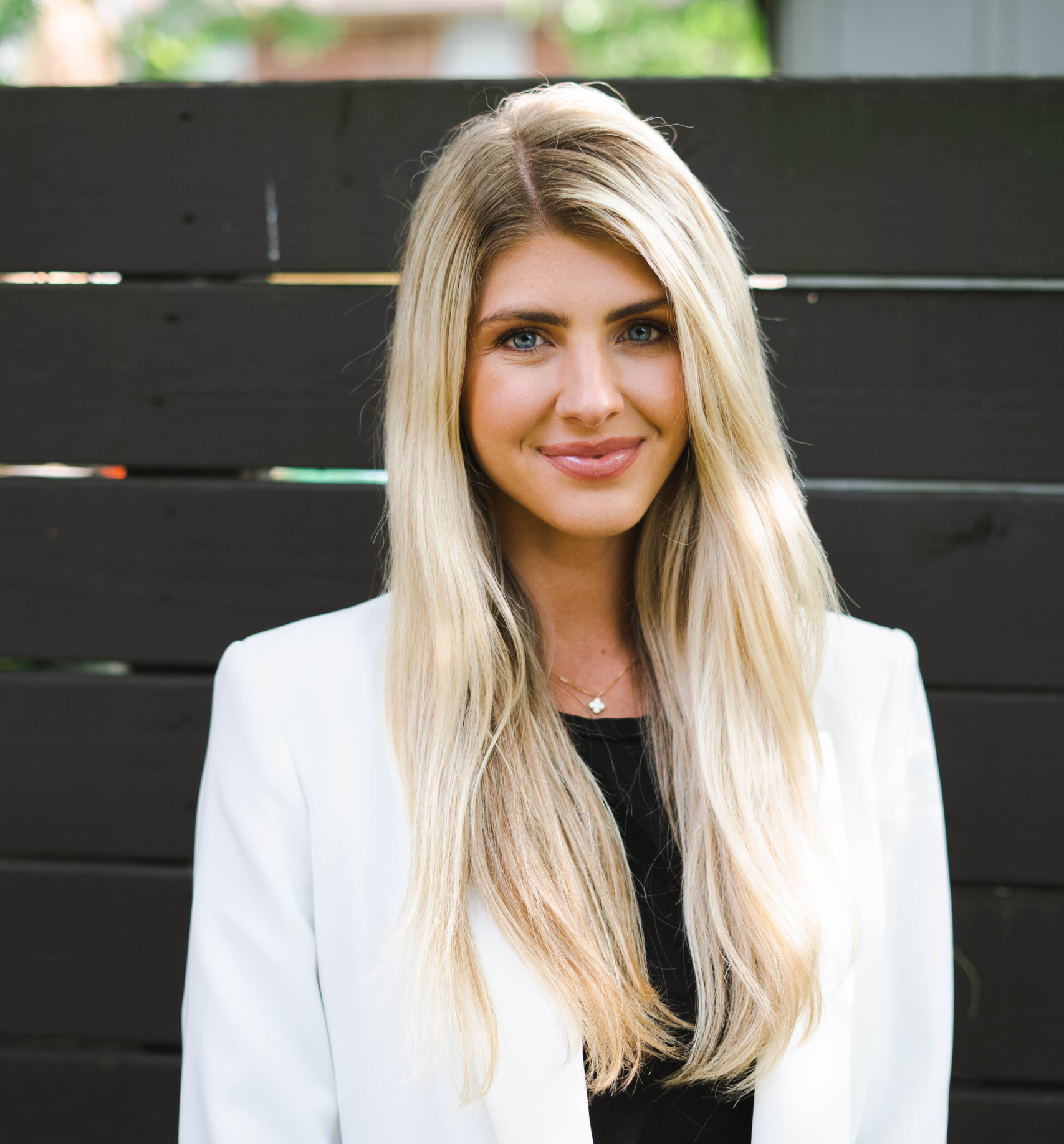 Bouldin began her tenure as an intern with JWS upon the company’s inception in the spring of 2020. A junior at Belmont University when she started, she was then hired as Coordinator during her senior year.

“Caroline’s contemporary, commercial country tastes bring a new and distinctive perspective to our catalog. In her previous role as Coordinator, Caroline’s singular interest in the success of our writers coupled with her exceptional attention to detail significantly elevated the company,” notes Nina Fisher, Senior Creative Director. “We are confident that she will take on the role of Creative Manager with just as much pride and conviction”.

Bouldin adds, “Since joining Jody Williams Songs, I have been inspired by our extraordinary roster of songwriters and our innovative, collaborative team. I have immense gratitude for Jody Williams and Nina Fisher for their leadership, guidance and confidence. I can’t wait to see what this next chapter has in store.”

Previously signed to Disney Music Publishing and Fairtrade, Mohilowski was the longtime drummer for CCM band The Afters, and is currently creating music in the acoustic pop band In Paradise. Nominated for Producer of the Year at the 2021 Dove Awards, Mohilowski has earned cuts from MercyMe, Walker Hayes, Cain, The Afters, and Gary Levox of Rascal Flatts. He has also earned ad placements with Apple, Wal-Mart and Gatorade, as well as sync placements on American Idol, Dancing With The Stars, Shark Tank, Selling Sunset, Disney, NBC, ABC, TBS and many more.

“I honestly can’t believe I get to wake up each day and create songs for a living. I am so humbled that Chris [Tomlin], Jason [Ingram], and Stacey [Wilbur] have come around me and are ready to champion me into this new season,” Mohilowski shares. “It’s an honor and a dream come true to be a part of the TIM Team.”

“We are so honored to come alongside Jordan and the music he is creating,” Willbur adds. “He is one of the most talented, passionate, and hard-working songwriter/producers in the industry. We are excited to see the future unfold this coming season and look forward to having him on the TIM Publishing Team.” 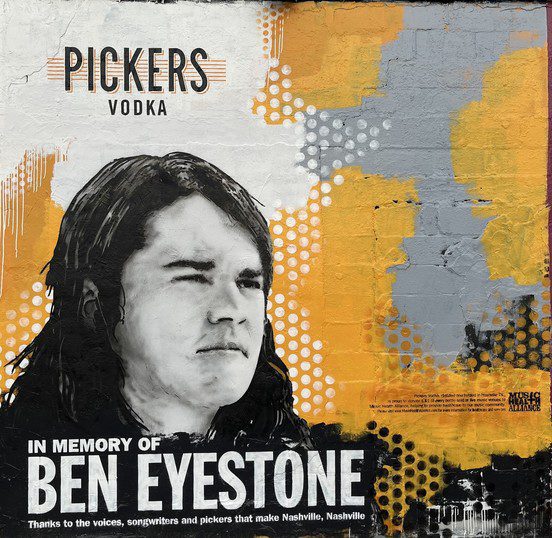 Pickers Original Vodka has unveiled the next mural in its series promoting Nashville musical artists and the Music Health Alliance, honoring the memory of Ben Eyestone. Created by local artist Bryan Deese, the mural is located at The Purple Building at 5 Points (107 North 11th Street in Nashville, Tennessee).

Eyestone, was a 28-year-old drummer with severe abdominal pain. As an uninsured, working musician, he tried to obtain a colonoscopy for 12 weeks and encountered barriers to treatment at every turn, ultimately dying on July 12, 2017 from colon cancer. To ensure that what happened to Eyestone never occurs again, MHA has created the Ben Eyestone Fund to cover the costs of a menu of diagnostic healthcare services serving working, uninsured or underinsured, and music industry professionals with lower income and obvious diagnostic needs.

“On behalf of the family of Ben Eyestone, and our team at Music Health Alliance, we are so incredibly thankful for the partnership and support from Jeff and Jenny Pennington and Pickers Vodka to ‘Heal the Music,’” says Tatum Allsep, Music Health Alliance founder and CEO. “This mural honors a beloved musician and beautiful human who lost his life much too soon. It is an important reminder that we are all in this together to help music makers just like Ben gain access to life-saving healthcare.”

As part of the mural series, one dollar for every bottle of Pickers Original Vodka sold at Middle Tennessee bars, restaurants, and venues that support live music will be donated to Music Health Alliance. For every one dollar donation, MHA provides $30 in life-saving healthcare resources.