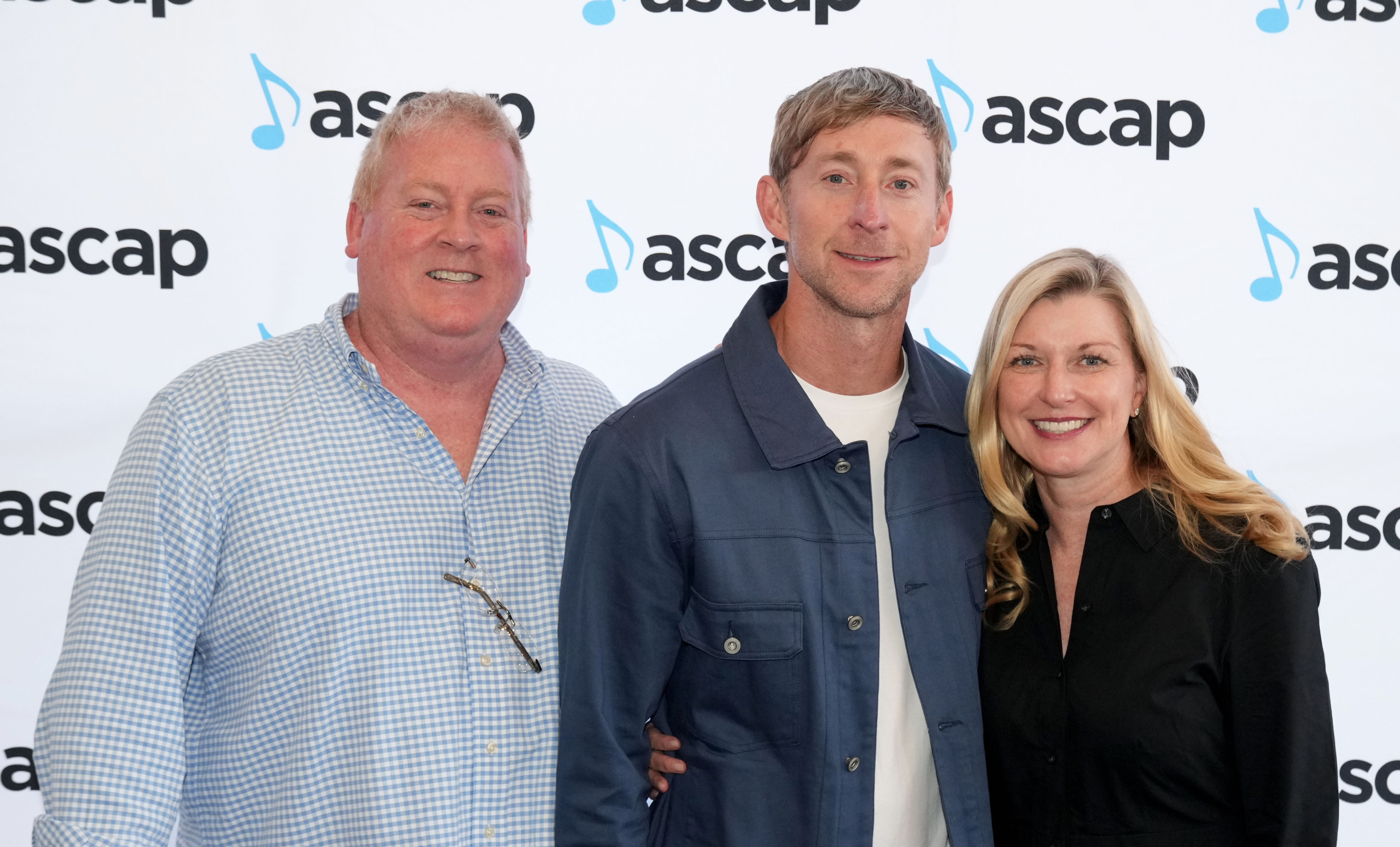 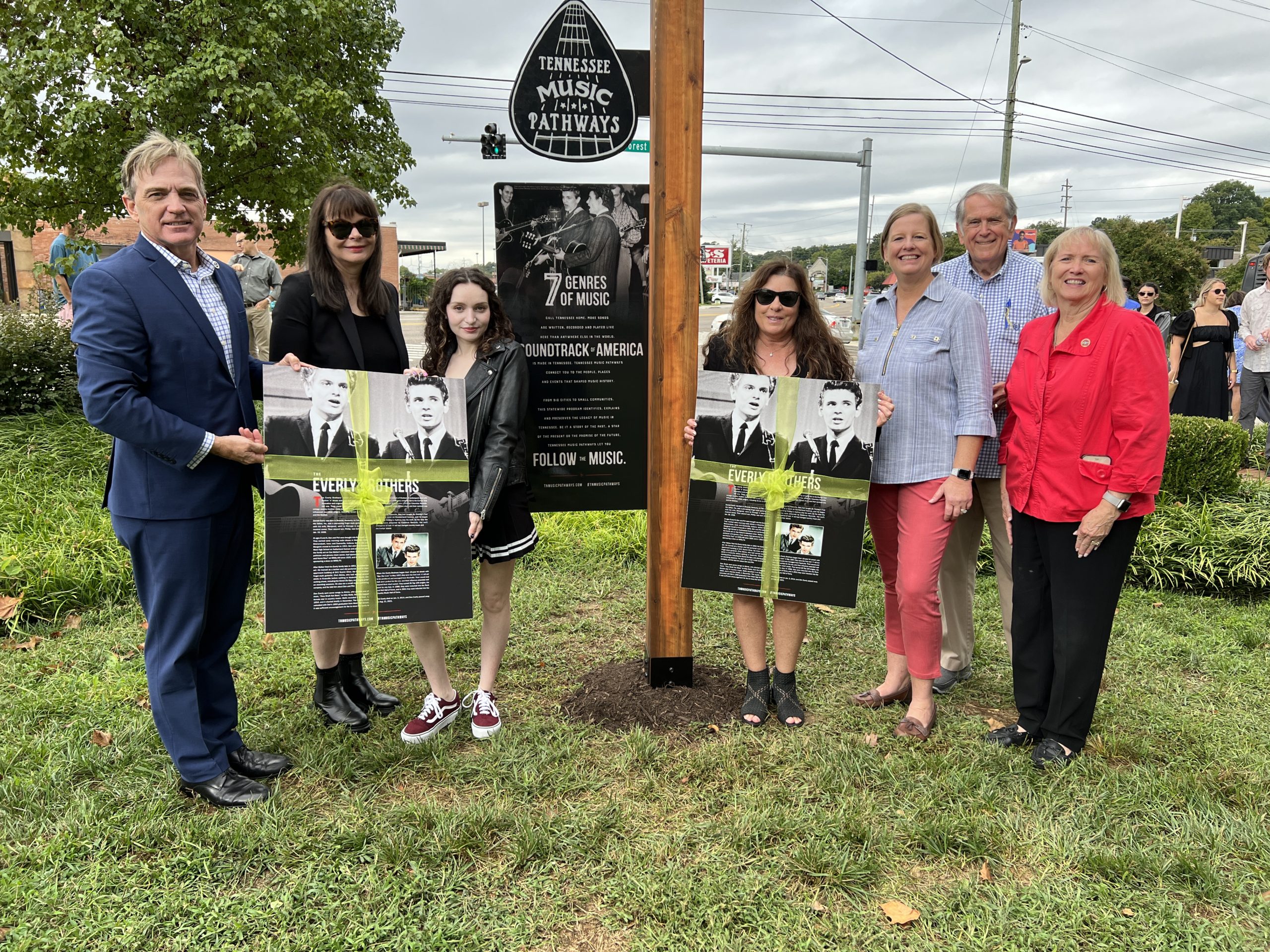 Everly Brothers Park is the only commemorative park in the U.S. to honor the rock-and-roll duo of Don and Phil Everly, and features inlaid plaques with signatures and quotes from famous musicians on the impact The Everly Brothers have had on their careers and rock music around the world. Distinguished as one of the most innovative and original styles of 1950s rock-and-roll, The Everly Brothers’ blend of country music, rhythm ‘n’ blues and pop harmonies were rooted in vintage country brother duets.

“Visit Knoxville is honored to partner with the Tennessee Department of Tourist Development to unveil the Tennessee Music Pathways marker at Everly Brothers Park,” notes Kim Bumpas, President of Visit Knoxville. “The Everly Brothers began performing as a duo in Knoxville, and their music has inspired artists through the decades ever since. Spaces like this further cement Knoxville’s place in American music history, and draws visitors from around the world.”

“The Tennessee Music Pathways were created to preserve, promote and inspire Tennessee’s rich and diverse musical heritage,” adds Tennessee Department of Tourist Development Commissioner Mark Ezell. “The Everly Brothers not only helped shape the state’s rich music history but shaped rock-and-roll music around the world, and for that, we are grateful to celebrate them today.” 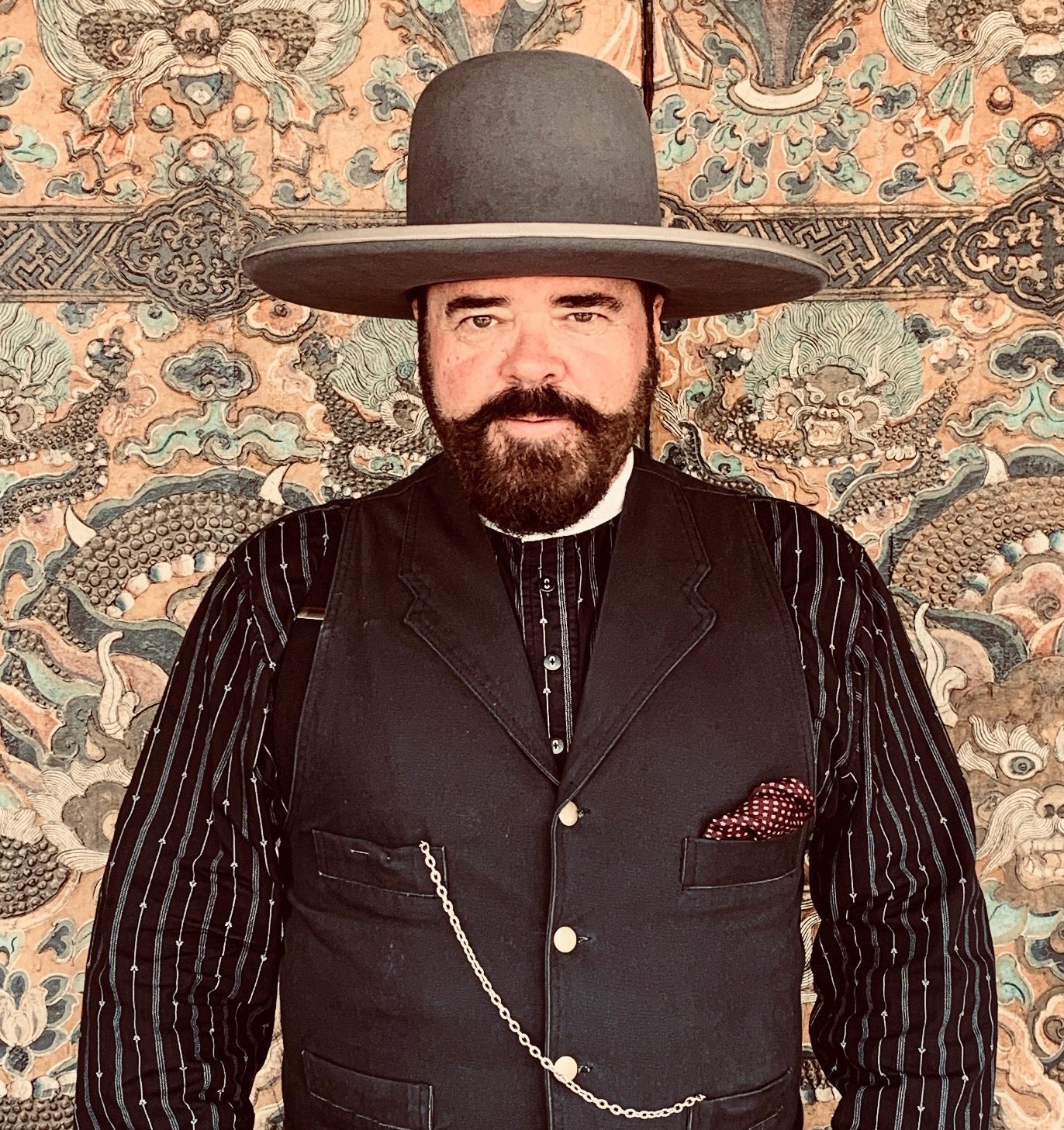 Country and Americana singer-songwriter Andrew Farriss has signed with TKO Booking Agency for exclusive booking representation. Farriss is best known as the creative force and co-founder of the three-time Grammy-nominated band INXS.

Farriss released his solo EP, Love Makes the World, in 2020, which spawned two hit singles–the title track, which hit No. 5 on the Australian country chart and “All the Stars Are Mine.” He followed in March 2021 with the release of his self-titled debut album, which hit No. 3 on the ARIA album chart. His current single, “You Are My Rock,” is now making its way up the Billboard Indicator and Americana charts in the United States.

“We are thrilled to be welcoming Andrew Farriss into the TKO family,” states Andrew Goodfriend, agent at TKO. “He is a legend in the rock community and a truly gifted songwriter, and we look forward to helping him chart the next chapter in his celebrated career.”

“I am so excited to work with TKO,” Farriss adds. “They represent a wide array of great artists as diverse as I am, so it’s a great fit! With my new music charting in the United States on both the Americana and Billboard charts, I’m looking forward to getting out and performing shows for the fans.” 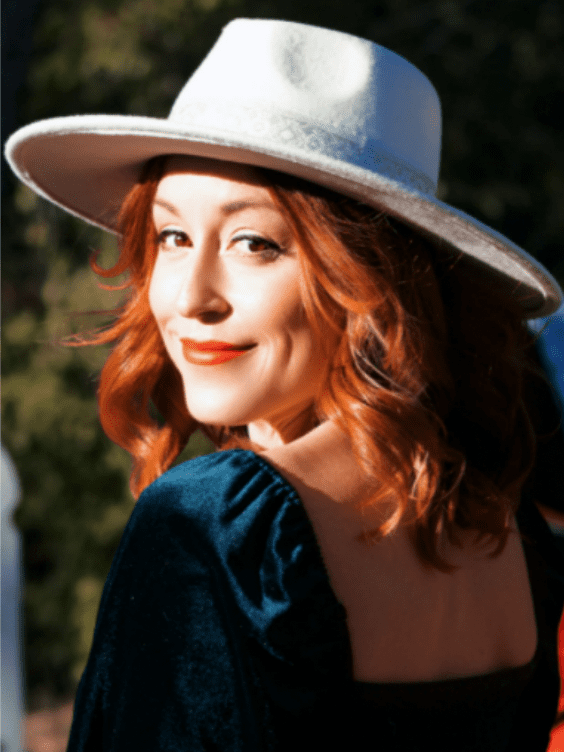 Working with country icon Blake Shelton, Joy made a notable turn on NBC’s The Voice in 2017. Now, With over 350,000 followers and counting on social media and upwards of 40 million combined views online, her vulnerability and creative voice have built a strong fanbase.

The Kansas City native has shared stages with some of country’s biggest names throughout her career, including Maren Morris, Keith Urban, Carly Pearce, Dustin Lynch and others. Joy spent this summer playing numerous festivals and headlining shows throughout the midwest, all following her June signing to Nashville-based label Vere Music.

“I am thrilled to be working with Mint!” Joy shares. “They have such a vast understanding of all areas of music. I’ve been living on the road for years now, going wherever the music takes me, and I can’t [wait] for Mint to keep me right where I wanna be: the stage!”