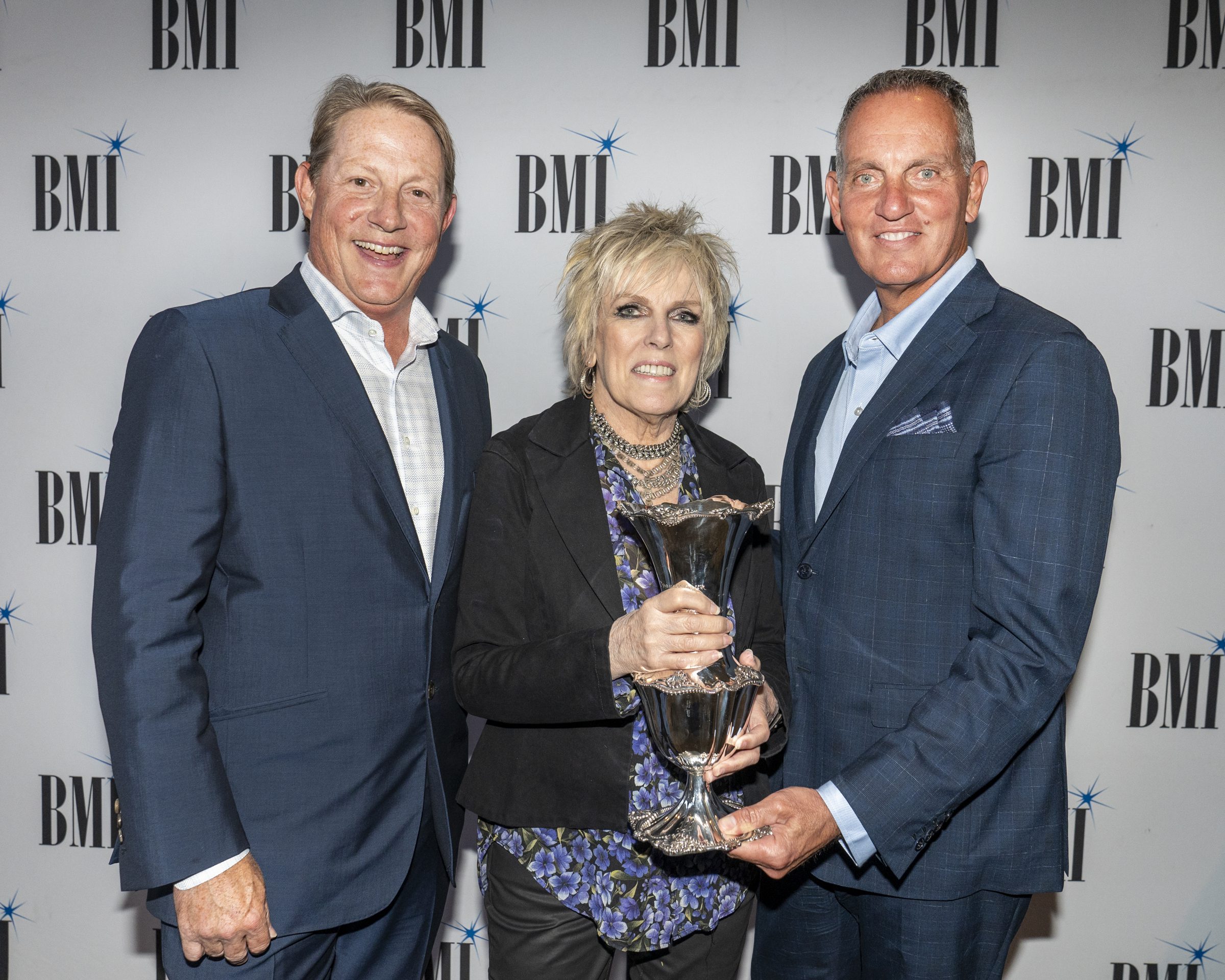 With her 1998 album Car Wheels on a Gravel Road, Williams became the first Americana performer to earn a Gold Record. She has recorded 15 albums as one of the founding artists of the Americana genre.

“The Troubadour Award is a the songwriters’ songwriter award,” said BMI’s Mason Hunter. “A troubadour is a class of lyric poets and musicians,” added the organization’s Clay Bradley, who presided. “A troubadour helps us make deeper discoveries about ourselves, helps us to share with one another.”

The honoree was feted with video remarks by Steve Earle, Ray Kennedy and Elizabeth Cook. Some of the Americana field’s finest saluted her in song.

Madeline Edwards did a feisty version of “Passionate Kisses.” Angel Olsen was slow and bluesy on “Fruits of My Labor.” Amos Lee offered the sweet elegy “Little Angel, Little Brother.”

Austin music journalist Bill Bentley praised the songwriter by saying, “She was a woman who could tear your heart in two. Her records were like letters from Heaven.”

Lucinda Williams was helped to the stage, since she is still recovering from a 2020 stroke that affected her mobility. But she was droll, witty and charming as she acknowledged the video praises of Earle and Cook.

“There’s so much love in the room,” Williams added. “Thank you BMI and everybody, and all the other people who helped make this happen. I’m extremely appreciative of this.

“Thanks to everyone for making me feel at home here in Nashville. Everybody’s been very supportive. It feels like family.”

BMI’s Troubadour Award has been previously given to such Americana icons as John Prine, John Hiatt and Robert Earl Keen. The annual ceremony serves as a homecoming for BMI’s Americana family of artists. The Troubadour Awards are sponsored by JP Morgan Chase and Dickel Bourbon.

The event was an intimate, invitation-only dinner with a cocktail hour on the plaza in front of BMI’s entrance.