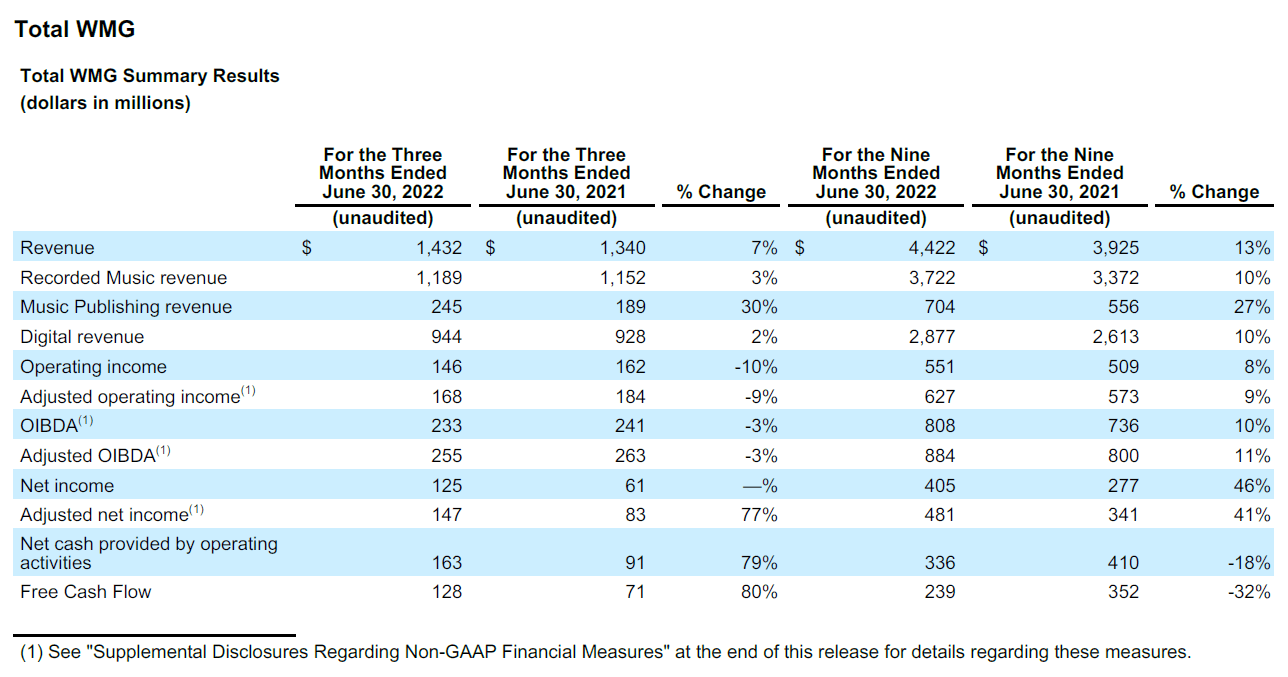 Revenue was up 6.9% and driven by continued recovery of recorded music artist services and expanded-rights revenue, as well as continued growth in music publishing performance revenue.

Digital revenue increased 1.7% while total streaming revenue increased 2.7%, primarily driven by growth in music publishing streaming revenue of 29.6%. This includes a benefit of $17 million resulting from the recent ruling by the Copyright Royalty Board in Phonorecords III that upheld higher percentage of revenue U.S. mechanical royalty rates for 2018 to 2022, and reflects amounts expected to be paid.

“We delivered solid double-digit growth on a constant-currency basis, even against the backdrop of a slowdown in the advertising market and some one-time items affecting year-over-year comparisons,” notes Steve Cooper, CEO, Warner Music Group. “In June, we saw the beginning of a new wave of amazing releases and we’re looking forward to a strong end to our fiscal year. Long term, we have the scale to best capitalize on trends in artist development, and the agility and resources to continue to propel the globalization and diversification of our business.”

“Our third-quarter results reflect the inherent resilience of our business that comes from our diverse portfolio of revenue streams,” adds Eric Levin, CFO, Warner Music Group. “With significant runway ahead in our core streaming business and new growth vectors constantly emerging, we are incredibly bullish on our growth potential for many years to come.”