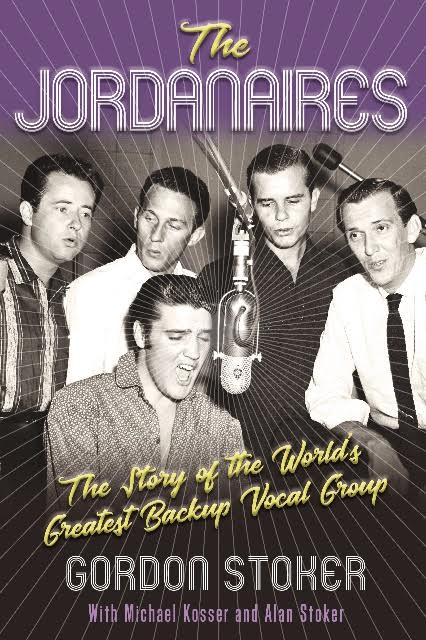 A new book on The Jordanaires by Gordon Stoker with Michael Kosser and Alan Stoker is set for release this November from Backbeat Books.

The Jordanaires: The Story of the World’s Greatest Backup Vocal Group chronicles the story of the gospel group of mostly Tennessee boys that formed in the 1940s and set the standard for studio vocal groups in the ’50s, ’60s, ’70s, and beyond. In their sixty-five-year career, from 1948 through 2013, the recordings they sang on have sold an estimated eight billion copies.

They appeared on more than 200 Elvis Presley recordings, including most of his biggest hits. They were in three of his best-known movies, appeared with him on most of his early nationwide TV shows, and toured with him for years. Throughout the superstar’s early career, they were his most trusted friends and probably his most positive influence.

Kosser is a senior editor at American Songwriter where he has written a column on songwriting called “Street Smarts” for the past twenty years. Since 1979, his songs have been recorded by George Jones, Barbara Mandrell, Conway Twitty, Tammy Wynette, Charlie Rich, and others. Kosser offers an in-depth, insider’s view of Nashville during its ascendancy in his book How Nashville Became Music City, U.S.A.: Fifty Years of Music Row.

Alan Stoker, the son of Gordon Stoker of the Jordanaires quartet, is s a Grammy-winning audio engineer, a musician/vocalist, and a music historian. Throughout his career, he’s backed up beach music legend Clifford Curry and Sam Moore of the Stax Records duo Sam and Dave. He’s also recorded with prog-rock group McKendree Spring and E Street Band bassist Gary Tallent. Additionally, he’s the long-time archivist for the Country Music Hall of Fame and Museum in Nashville, where he’s preserved some of the earliest recordings of the biggest names in music.