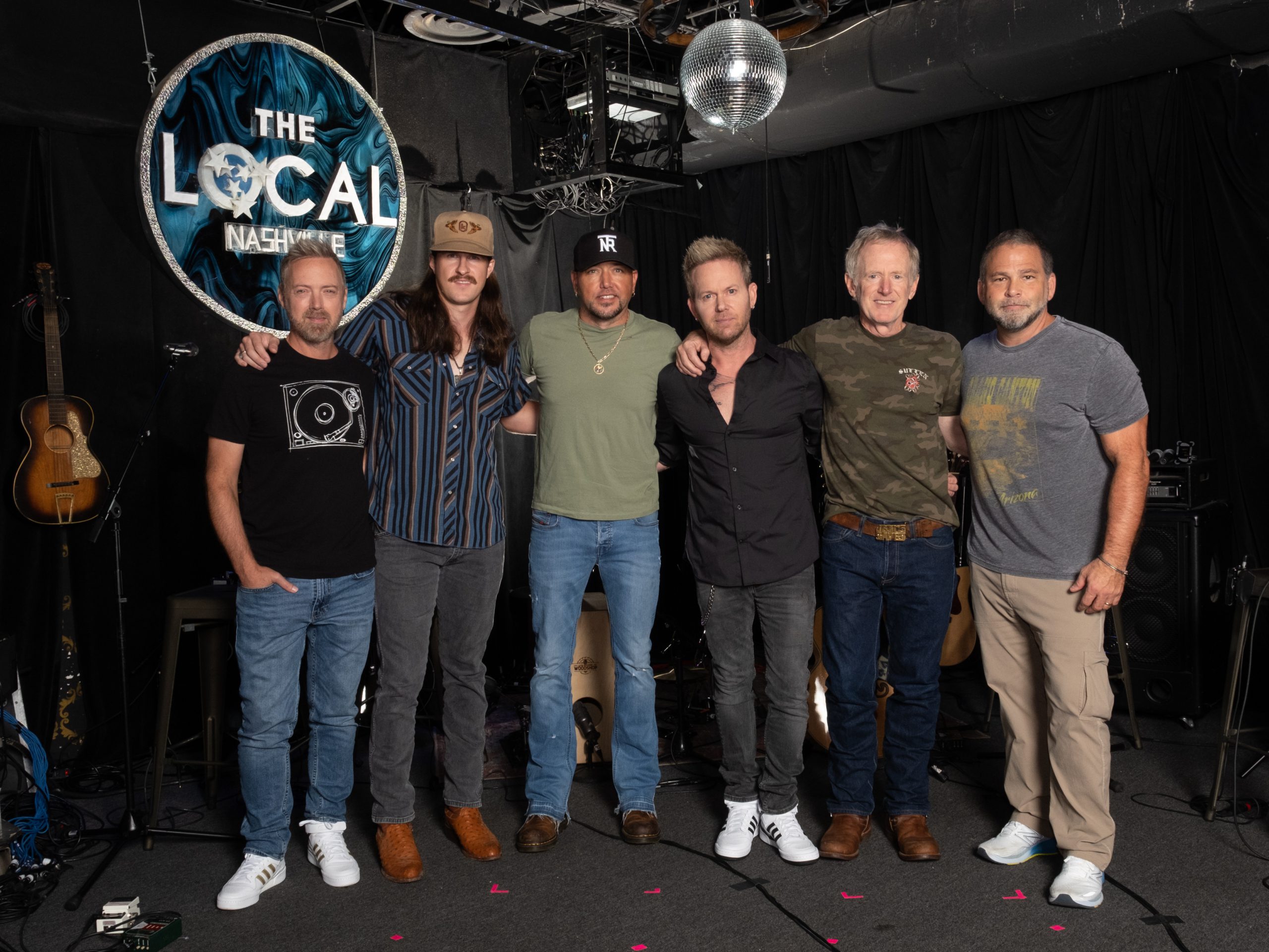 “Only in the Nashville music business do you get to hear Jason Aldean and songwriters perform a No. 1 song in a bar on a Wednesday at lunch,” said BMI Assistant Vice President of Creative Leslie Roberts when welcoming the industry to The Local on Wednesday (Aug. 10).

As a party held by BMI and ASCAP, Aldean and crew celebrated the country hitmaker’s 27th No. 1 single, “Trouble With A Heartbreak.” Before the presentations began, Aldean treated the crowd to an acoustic performance of the tune alongside its writers, John Morgan, Kurt Allison, Tully Kennedy, and Brett Beavers.

“Songwriters are the backbone of the community and Jason is one of their biggest champions,” Roberts said. “Of his 27 No. 1 songs, 22 of them were outside songs. That just shows how many songwriters lives he’s changed and how much he believes in their songs.” 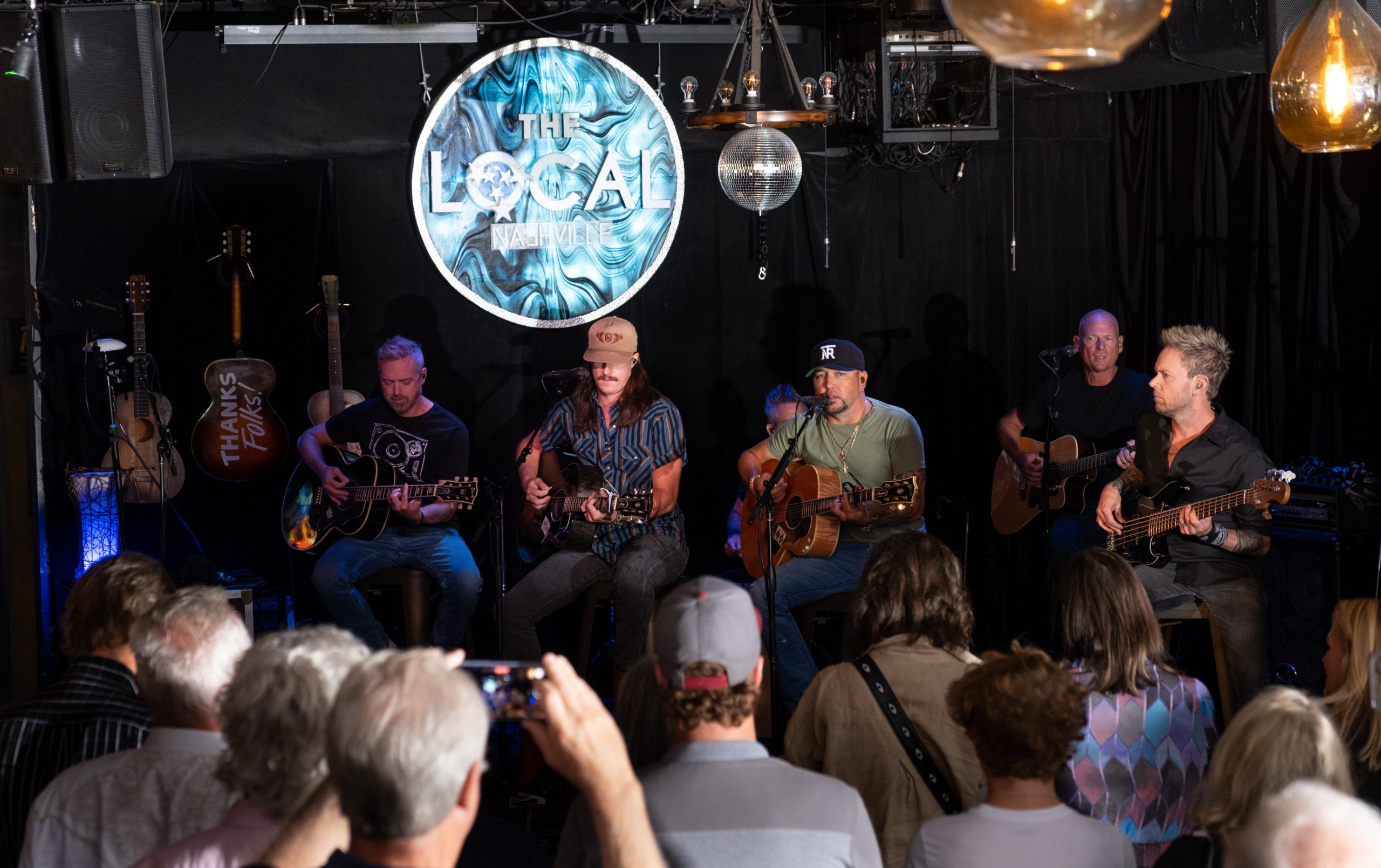 ASCAP’s Mike Sistad was on hand to celebrate affiliates Allison and Kennedy. “Congratulations on all the friendships up here!” he said.

Double Down Music Publishing’s Dallas Davidson spoke about breakout artist-writer John Morgan. “This guy comes in the office and grinds. He writes his butt off,” noted Davidson. “He’s a naturally gifted dude.”

Davidson also brought the stats about the multi-week chart topper. He let the crowd know that “Trouble With A Heartbreak” was a four-week No. 1 and serves as the first song since Taylor Swift’s “Mean,” over a decade ago, to re-enter the top position on the Mediabase/Country Aircheck Singles chart.

“You stay so busy writing, producing, touring, being with family, and you succeed at all of it at an extremely high level with a smile on your face,” he said. “Every time I see you walk through the halls at BMG, you take time with everybody who comes up and talks to you.”

“He is the ultimate student of the songwriting process. The great encourager. The writer, producer, musician and book author who aligns himself with writers and artists that he believed in and felt he could add value to,” Oglesby said. “Thanks for being a steady, calm voice.”

“Jason, thank you for being a friend to the songwriters,” he added. 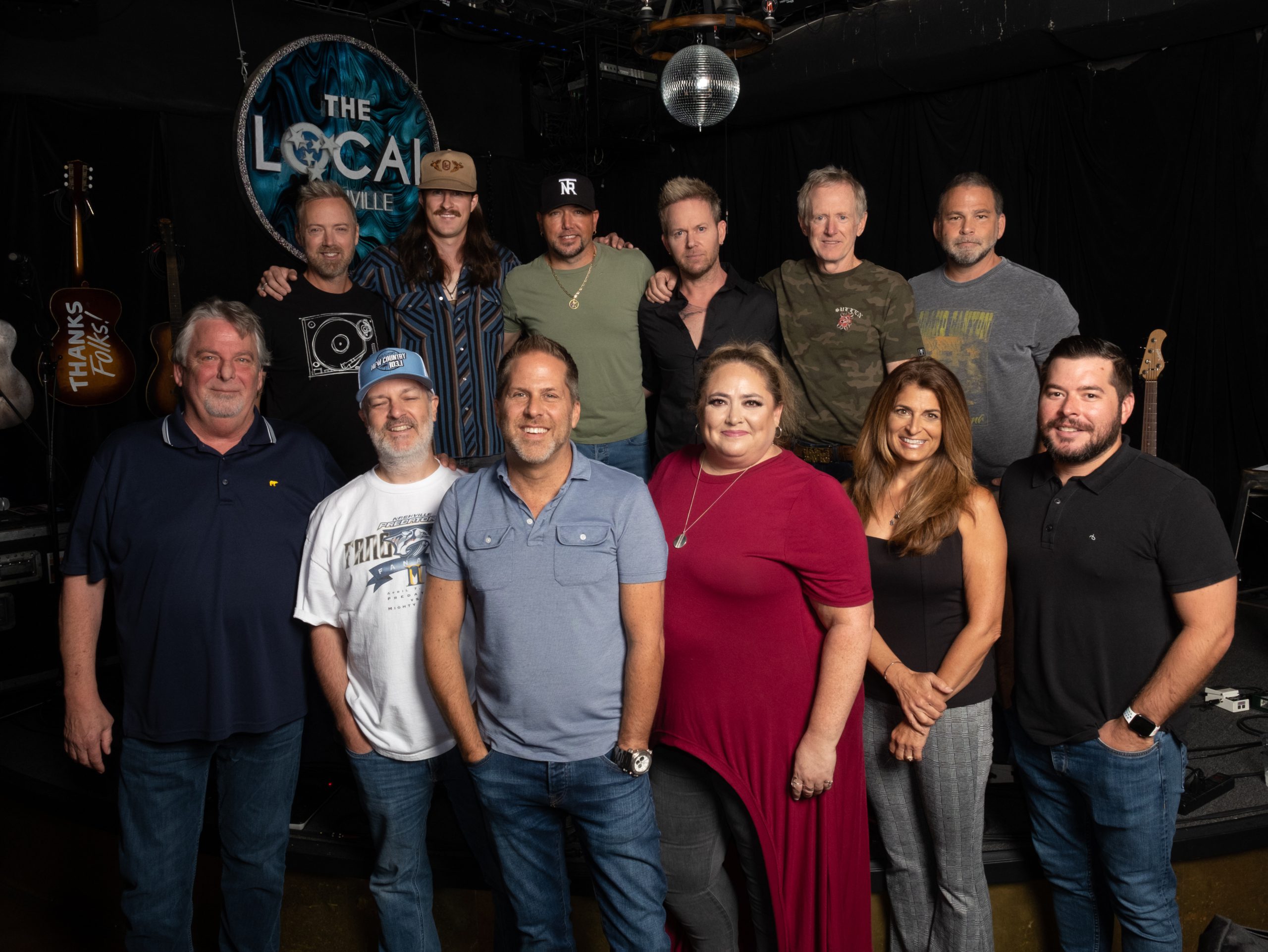 BBR’s Carson James spoke on behalf of the label and promotion team. “It’s so exciting to be up here for Jason’s 945th No. 1,” he joked. “We have a great publicity department, we have a great digital space, we have great marketing. More than anything else, we have passionate promotion.”

Next it was time to hear from the songwriters. Kennedy kicked it off.

“I mentioned this last time I was up here, but looking around this room and seeing these faces… It’s 20 years worth of making music together,” he said. “Every night we play these songs and it feels better than ever.”

“This has really been a gift for me,” Beavers added. “I had never really written with this crew before but I had a rockstar publisher and song-plugger down the hall from me, Courtney Allen, [who set it up.]”

Beavers lets the crowd know that “Trouble With A Heartbreak” was written in a shack in the BMG parking lot.

“I was super blessed to be in the room that day,” Beavers said. “These are super sweet guys to do it with. They look like rockstars. They might look mean with their hair and black clothes, but they smell good and they’re just super great people to be around.”

“I gotta say a few words about the shack as well,” Morgan said. “I miss that place to be honest. I’m very thankful for everybody who was a part of this song.”

Allison echoed the sentiments of gratitude. “I don’t have enough time to talk about what these guys mean to me. Any day I’m in the room with them, or actually just around them, is a better day for me.”

“We had one album where we had nine writers get their first cut,” he said. “If you go through all our records, I can promise you, we have given first cuts to a lot of freaking people. We’ve helped find that situation. There’s not a better embracer of songwriters than Jason and this promotion team.

“Having to go out and promote a song where nobody has heard of these writers can’t be fun,” Knox said. “It’s a big spoke in what we do.”

When it came time for Aldean to speak, he piled on the thanks and praise for his team.

“I say this all the time, but Michael is the guy that found me in a bar in Atlanta in 1998. That’s the whole reason I’m here in this town,” Aldean said. “The first friend I met when I got here was Tully.

“Every time we get a chance to celebrate one of these, it’s really cool because we were the guys scraping our money together to buy a pizza to eat for dinner while we were trying to write songs in my apartment. To watch what’s happened to my career and to these guys, as songwriters and friends of mine, it’s pretty cool.”