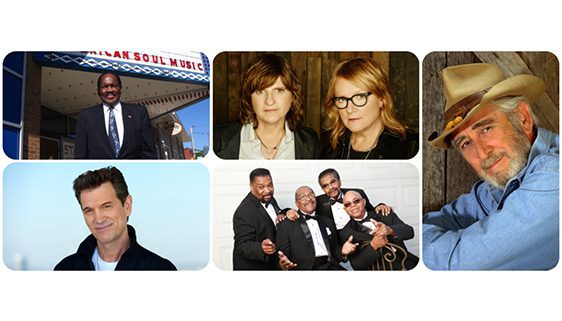 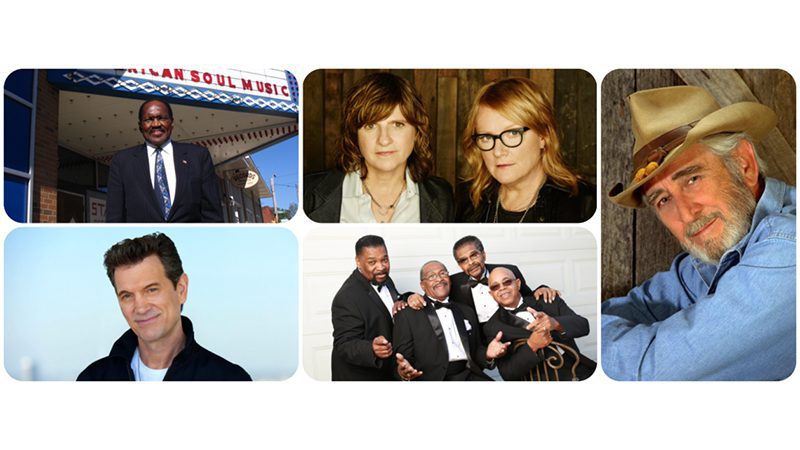 “This year’s Lifetime Achievement honorees represent the diverse sounds that contribute to American roots music,” notes Jed Hilly, Executive Director of the Americana Music Association. “Our honorees have inspired this community individually and have collectively changed the landscape of the music industry. I can’t wait for this show!”

The Legacy of Americana Award will be presented to the Fairfield Four, a legendary group who transformed gospel music from the 1930s onward with its R&B influenced a cappella singing. Launched at the Fairfield Baptist Church 101 years ago as a youth group, the Fairfield Four went national after Rev. Sam McCrary took over as leader in the 1930s.

Isaak will receive the Lifetime Achievement Award for Performance. He took rockabilly revival and country noir mainstream in the 1990s with songs such as “Wicked Game,” “Somebody’s Crying” and “Baby Did A Bad Bad Thing.” An accomplished actor, Isaak also appeared in productions directed by Dustin Lynch and Bernardo Bertolucci, as well as two TV series under his own name.

The Spirit of Americana Award will be presented to the Indigo Girls who launched in the mid 1980s. Comprised of Emily Saliers and Amy Ray, the lifelong friends honed their artistry in school before their first album was picked up by Epic Records. As their music career soared, they kept social issues in the spotlight, chiefly LGBTQ rights, the death penalty and the environment.

Bell, an African American music executive who steered Stax Records in Memphis before running Motown Records in the 1980s, will receive the Jack Emerson Lifetime Achievement Award for Executive. In 1965, he joined Stax as head of promotions and would go on to own the company, in the meantime overseeing 1972’s legendary Wattstax festival and elevating the careers of Isaac Hayes and the Staple Singers.

The President’s Award will go to the late Don Williams, a Texas-born singer-songwriter who quietly stormed the country charts from 1974-1991. His breakout came with the Pozo-Seco Singers folk group, and he was ushered into Nashville by Cowboy Jack Clement. Williams’ style and relatable hits, including “You’re My Best Friend” and “I Believe In You,” helped him become a global star who entered the Country Music Hall of Fame in 2010.