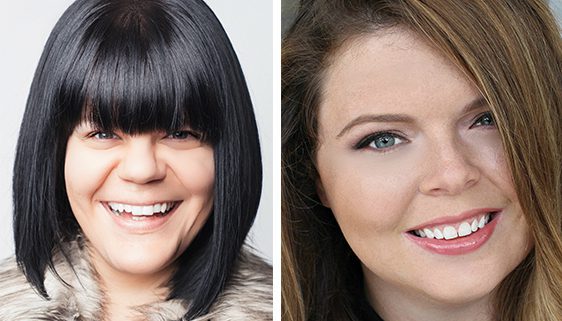 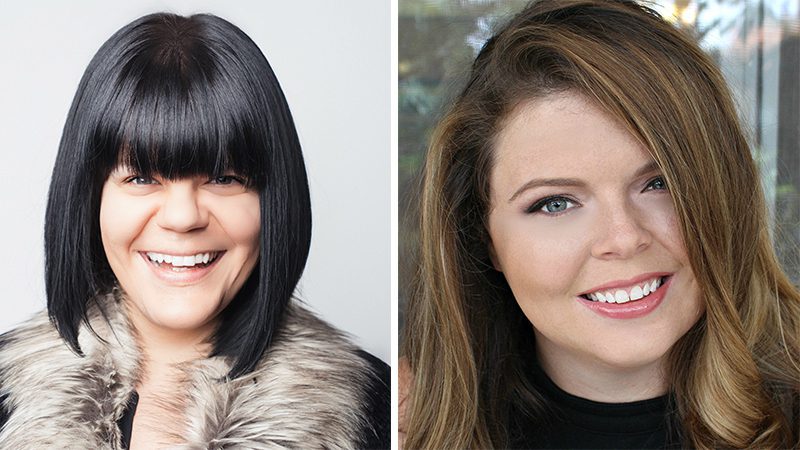 In today’s world, the power and influence of digital marketing is something that we experience every day. From the rise of social media and the takeover of streaming services for music, TV and movies, it is hard to imagine our lives today without the digital world at the center of it.

This concept also extends into the music industry.

With so many artists being discovered on social media platforms, most notably TikTok in recent years, as well as the constant digital consumption of music through services such as Spotify, Apple Music, Pandora, YouTube and more, digital marketing has become quite a critical component in the modern day artist’s toolkit.

None understand this better than Jade Driver and Cassie Petrey, the co-founders of Crowd Surf. 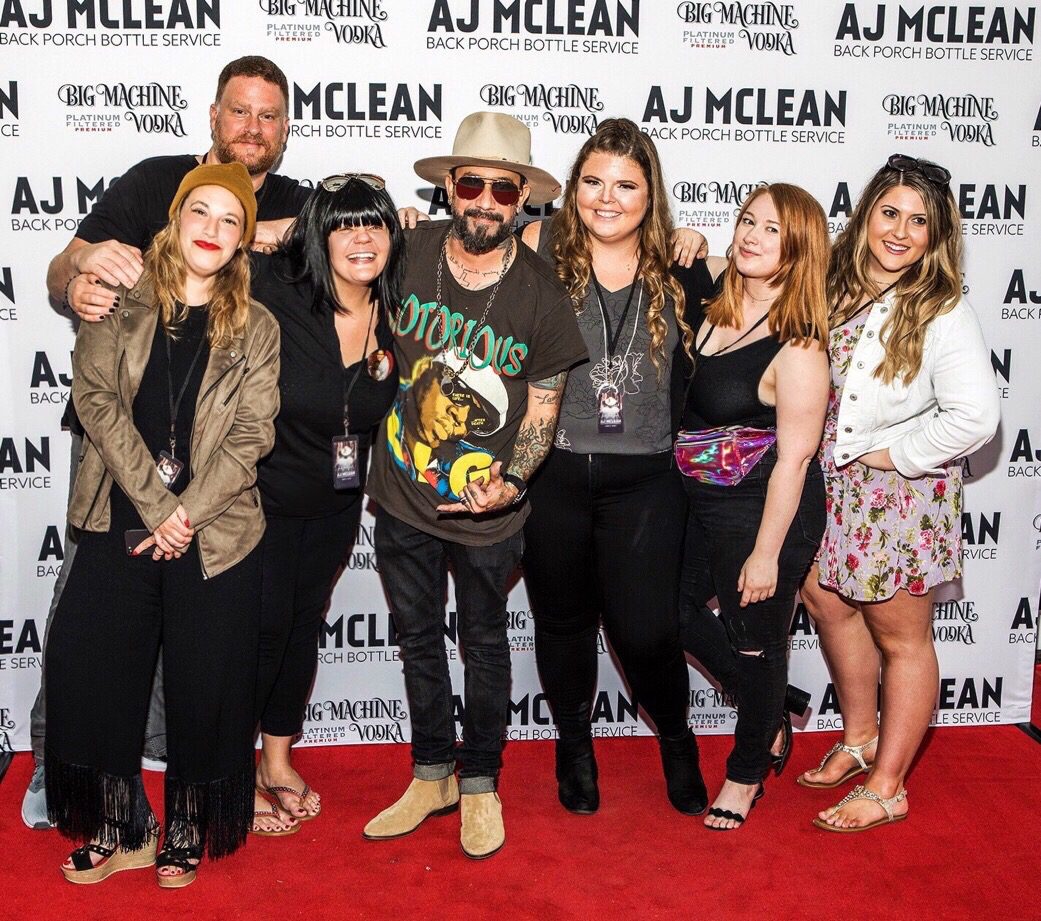 The Crowd Surf team with AJ McLean of the Backstreet Boys. Photo: Courtesy of Crowd Surf

As students at Middle Tennessee State University, the two women couldn’t have realized that the countless days of sitting in dorm rooms perusing the internet and their local band’s MySpace pages would lead to their now 15 year-old company.

“I always give credit to Cassie for seeing a business model and an opportunity in digital. I didn’t see it that clearly at first, but I trusted her,” Driver explains to MusicRow. “Cassie was a real visionary in understanding how that can be used as a marketing tool, especially in the MySpace days.” 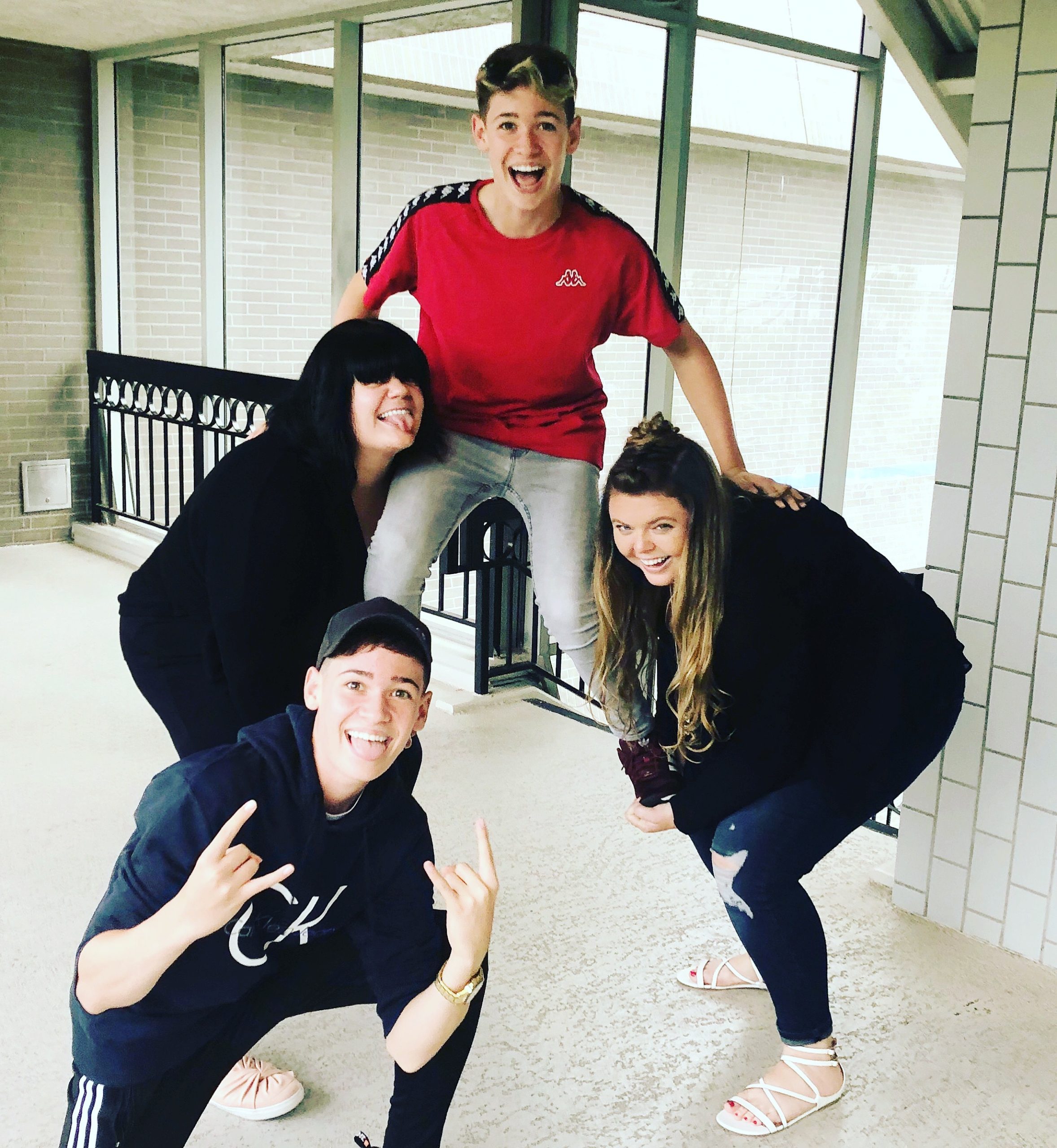 “I came across MySpace through a local band that had a flier and they talked about MySpace on it. I went and checked it out and started thinking, ‘Why don’t big bands use MySpace? Why is it just for college bands?'” Petrey recalls.

Petrey, who was a Warner college rep, ended up putting her money where her mouth was, taking over early-2000s band The Click Five‘s page. After showing promise with this underutilized platform, Petrey was quickly tasked with running all of the country music MySpace pages for Warner’s roster. Driver was also working at Warner in a temp position.

“I knew nothing about country music at the time because I just didn’t grow up with it, but I figured it out. I immersed myself in those artists and the demand grew,” she notes. “They also wanted help with Christian and comedy, but I was a temp so I couldn’t work more than 37.5 hours a week and I simply couldn’t do everything they were asking me to do in that time.” She adds, “And it was beyond MySpace. I was also the catch-all for everything else regarding helping build and run websites.”

However, during the early 2000s, there were no social media or digital marketing departments and, by extension, no budget for it either. As the pair were gearing up to graduate from MTSU, they realized that in order to find their pocket of success in the music industry, they would need to expand their offerings.

And so they did.

“At that point, it was all word of mouth and we started getting calls,” Driver shares. “We cut our first contract and started working on things together and then, before we knew it, we needed to get an intern. All of these things were happening and this business was bubbling, but there wasn’t a conversation of ‘let’s make a business plan’ or ‘we need to get money.’ It just happened,” she says with a chuckle. 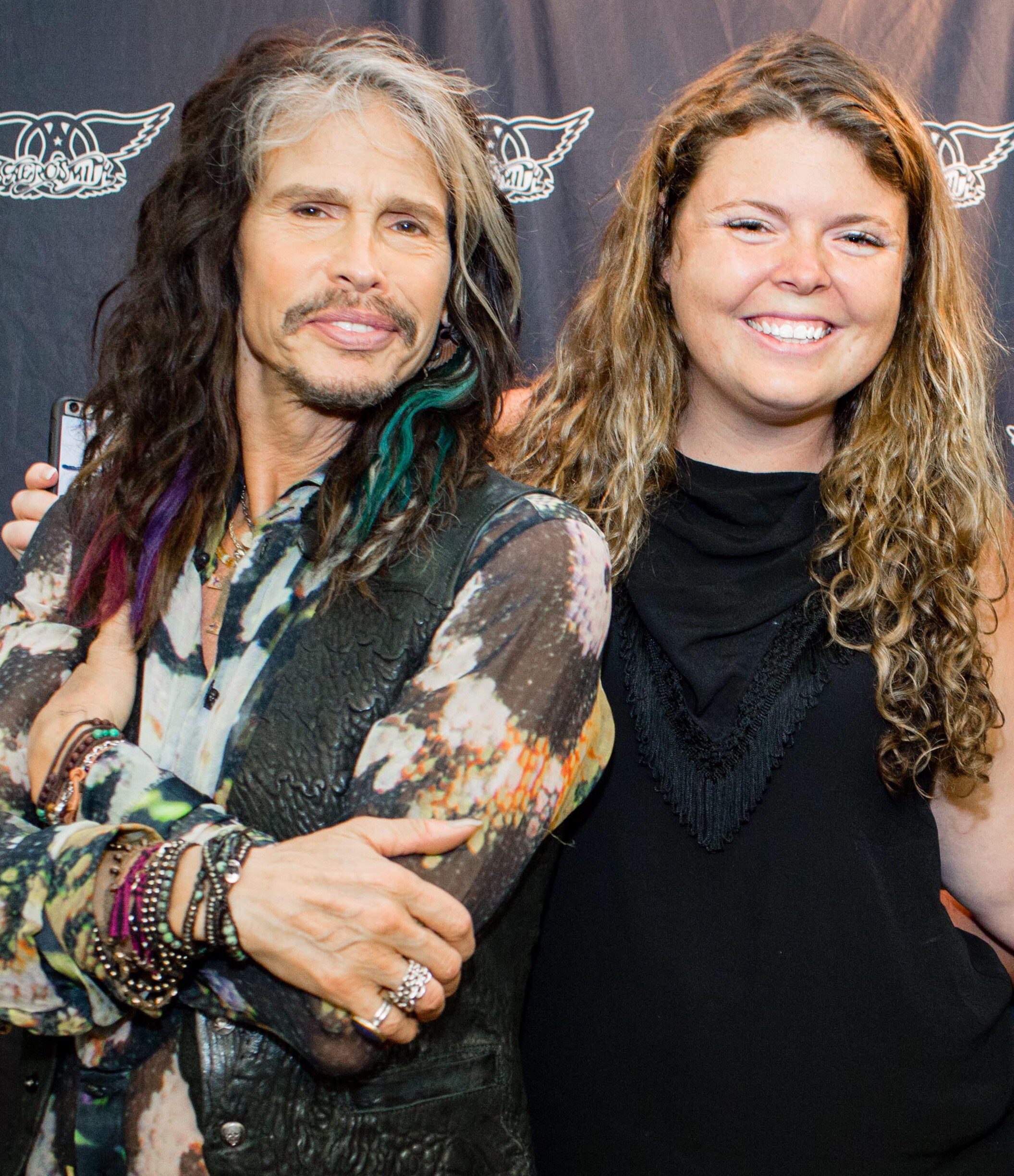 Before they knew it, in August of 2007, they were down at the Murfreesboro Chamber of Commerce filling out paperwork and leaving with a business.

Now 15 years later, the company has offices in Nashville and LA, as well as remote employees stationed all across the country. While mostly tapped for digital marketing strategies, the Crowd Surf team explains that at the end of the day, they just want to help people, whether that’s through social media marketing rollouts, creating assets, making content calendars, single and album announcements, and more.

The team doesn’t stop there, though. Since digital touches nearly every part of an artist’s career in today’s industry, Crowd Surf has also been helpful in setting up music videos, and matching artists with producers and writers, Petrey explains.

“I was doing a pitch call for an independent artist who doesn’t have team members. She was posting TikToks of her doing acoustic songs and one of those songs started to go viral, so we matched her with a producer so that song could continue to have a trajectory.” She continues, “Arguably, that’s not digital’s job, but also digital can’t do their job if that song doesn’t continue to progress and exist. So, in a way, I do feel like that’s part of digital’s job because if I don’t figure out how to get the song produced, there’s nothing more to digitally market. It’s all really so intertwined at this point.” 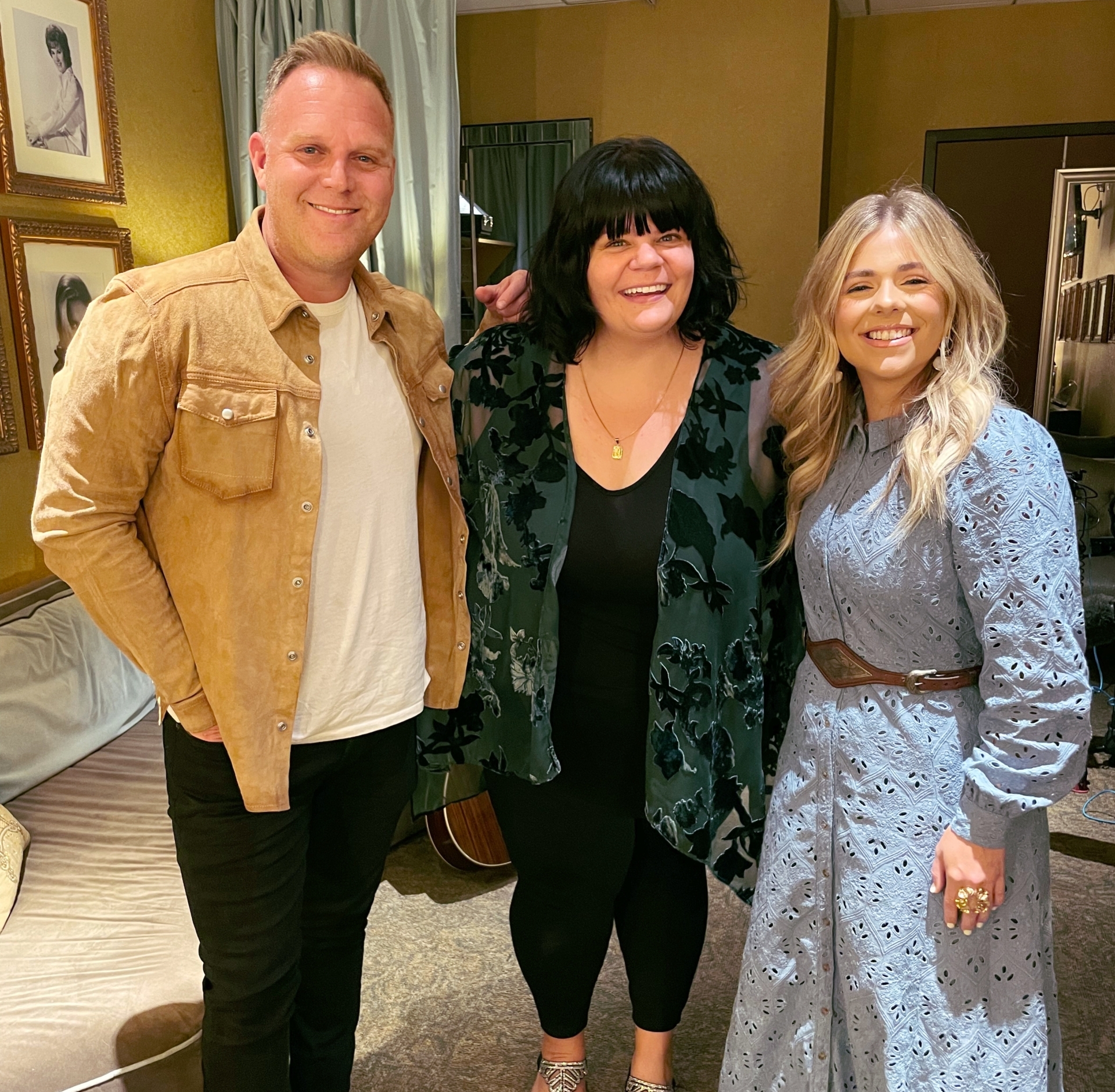 In the last few years, Driver and Petrey have taken Crowd Surf’s offerings to an even higher level as they’ve taken on artist management, with multiple artists utilizing their services and experience. As something that originally developed organically, the pair explain that it has become a much more serious endeavor and a larger part of the daily task and bandwidth of the company.

“The face of digital consumption has completely changed over the last 15 years. At the end of the day, people are consuming music digitally, they’re consuming music videos digitally, they’re buying things digitally, and these are all things that weren’t the norm when we started,” Driver states. “Now that is more the norm for everyone in their everyday lives, which has really expanded what we do. It’s not just the social media part of it anymore because everything’s digital and that’s really helped change the course of where we fit in and what we’ve added to our plate.” 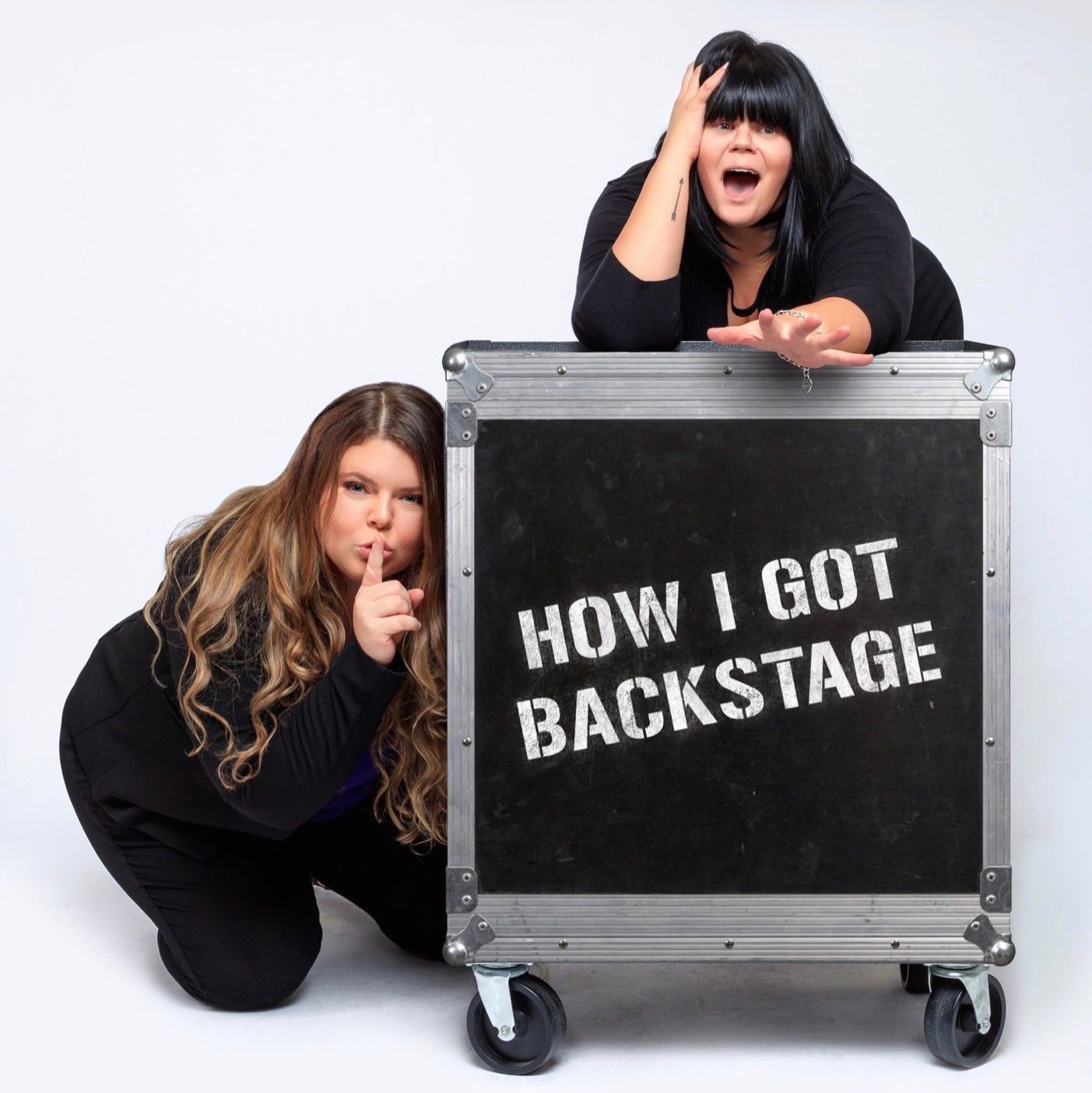 Cover art for Cassie Petrey & Jade Driver’s podcast, How I Got Backstage

As the dynamic duo look ahead to the next 15 years of Crowd Surf, one of their major goals is to continue to expand their management client roster, as well as continuing to support their narrative as strong females in the music business. However, as their past clearly demonstrates, Crowd Surf will continue to change and grow in order for their client’s dreams to become a reality.

“We help brands and artists tell their story,” Driver sums. “We really weave together who they are, what they stand for, and how their image and artistry reflects all of that.”