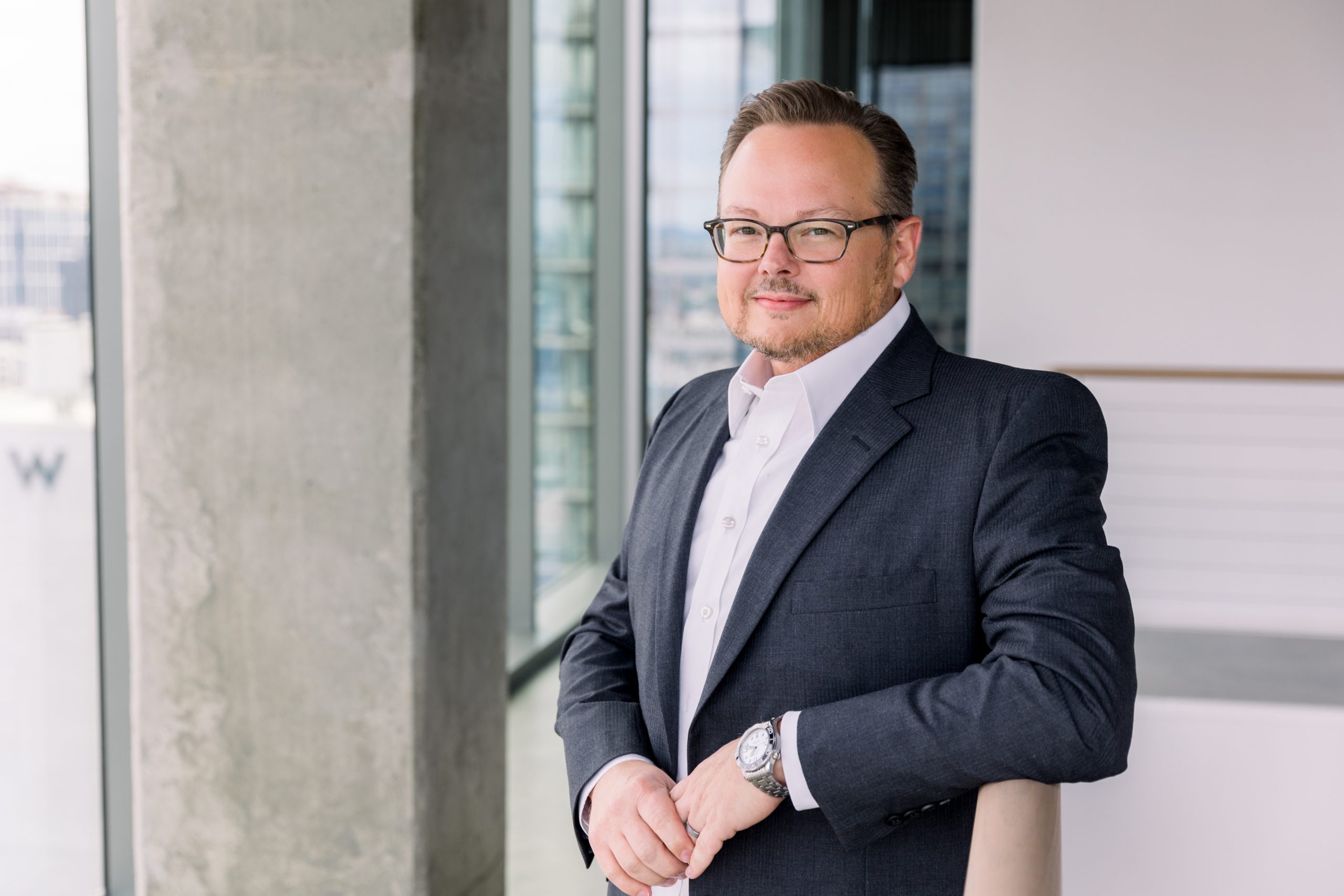 As a partner in WME’s Nashville office and a 16-year veteran with the agency, Kevin Meads oversees the daily touring, television, literary, and sponsorship for Brooks & Dunn, Cole Swindell, Chris Lane, Gabby Barrett, Michael Ray, Jon Langston, and others. Meads currently works across WME’s country roster to book large venues in the southeast region. In addition to his work at WME, Meads regularly serves as a mentor to students at Napier Enhanced Option Elementary school and consults on the establishment of various enrichment programs focusing on music and art for the schools.

I grew up in a small town in northeast Alabama called Ragland. It’s about 1,500 population, one stoplight, a stereotypical small town. The closest landmark that you would probably know is the Talladega Motor Speedway. It’s about 20 minutes down the road. 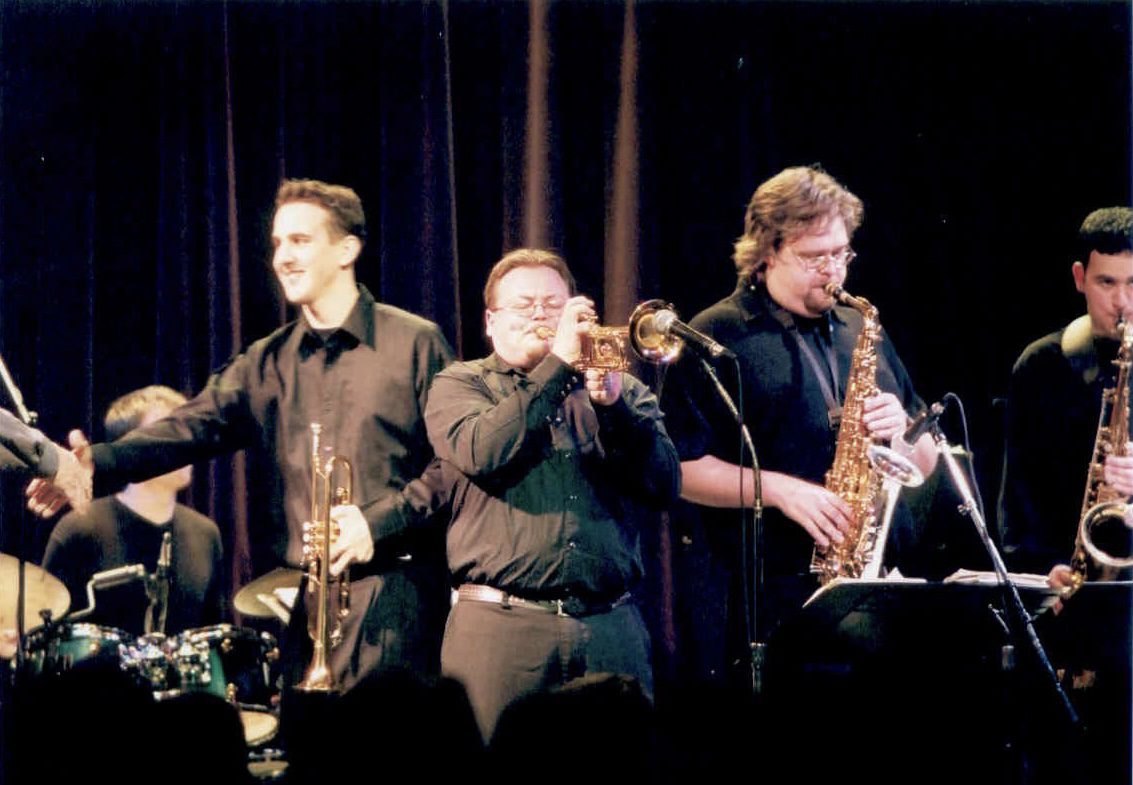 Were you musical at all?

I didn’t come from a musical family at all, but when I was in elementary school, I picked up the trumpet. I didn’t really practice a lot, but my music teacher at the time felt like I had some natural talent with the trumpet, and I loved it. He constantly encouraged me and in the eighth grade, he took me to a concert of a legendary jazz player, Maynard Ferguson, who was playing at my local college. He took me as a way to inspire me and encourage me to practice. Believe it or not, Ragland, Alabama isn’t a big hub for jazz music, so I didn’t know anything about jazz or what I was going to see. Maynard just blew me away with what he did musically. I remember looking over at my music teacher and saying, “When I grew up, I’m want to play with him.” He laughed. Four years later, I ended up getting a scholarship to play trumpet at that college. 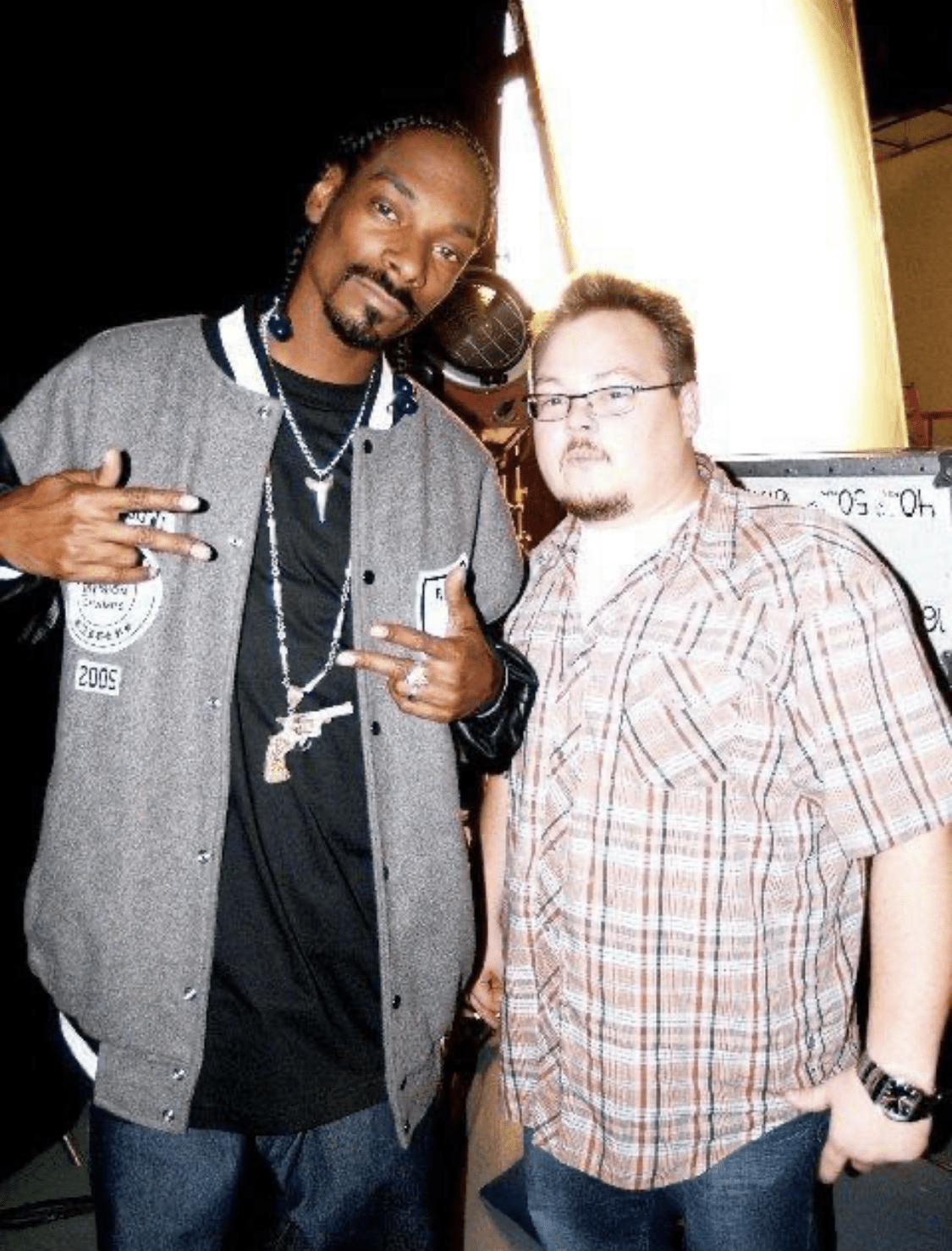 Is that how you got into the music business?

I encouraged the college to promote another Maynard Ferguson show. They let me be the runner for the concert, and I got to know the tour manager, Ed Sargent, really well. I kept in touch with him and anytime they would play in the area, I would go see them. Fast forward, a few years later, I was still in college, no closer to knowing what I wanted to do in my life.

All I wanted to do was play trumpet with Maynard Ferguson, so I went to another one of his shows and Ed pulled me aside and said, “Hey, would you want to go on the road with us? I have a spot, it’s not to play, but it’s to be Maynard’s personal assistant on the road.” Needless to say, I left school, traded in the books for the tour bus, and went on the road with Maynard and toured the world for four years. I was his personal assistant and got to hang out with him all day and hear the great stories. About a year in, one of the trumpet players in the band left and moved on to another job and Maynard asked me to be in the band. For the next three years I was able to live out my dream and play was with Maynard Ferguson.

The coolest part was one of the last gigs I ever played with him, which was going back to my college where I saw him in the eighth grade perform for the first time. My high school music teacher was in the crowd. At that point, I started thinking, “What’s next?” As a kid, that was the only goal I ever had and I was able to accomplish it. I had to start thinking about what was next. 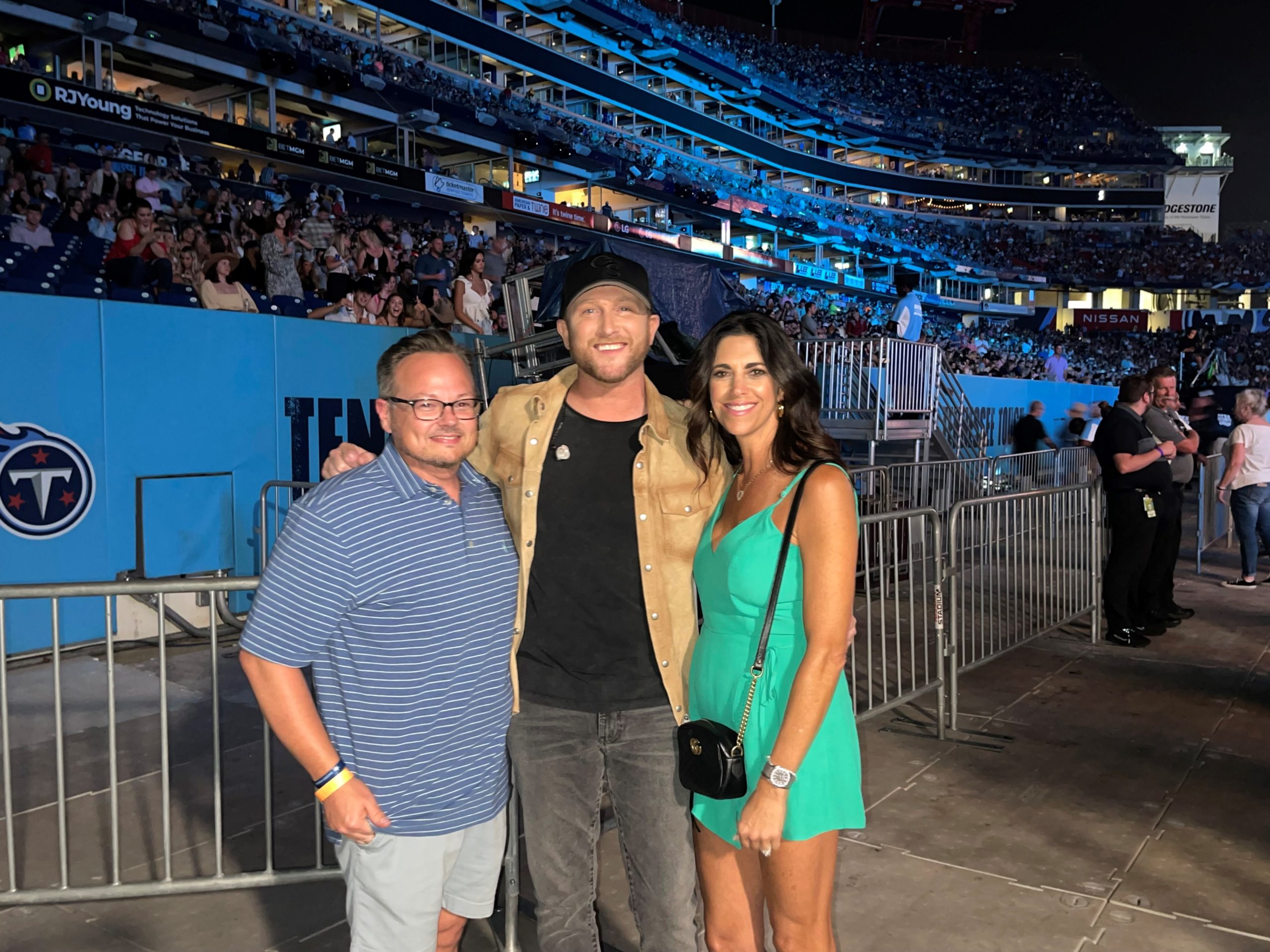 Growing up, I always loved live music and going to concerts. Being on the road, I was so intrigued with touring and the live show aspect, how shows got booked and why we played certain cities on certain nights. Growing up in a small town, I really didn’t know the music business even existed. I was naturally drawn to touring. At that point, I had to make a decision. I knew I would either move to Nashville, New York or LA. In the back of my mind, I was like, “If I move to Nashville, I’ll be there the rest of my life.” That was my forever goal. I’m not a big New York person, so LA was what I picked. I moved to LA and ended up getting a job at a large artist management company called The Firm with an artist manager named Constance Schwartz. I spent the next couple of years working with Constance and one of her large clients, Snoop Dogg.

I learned so much from that experience. After a couple of years, I realized I was ready to go ahead and make the move to Nashville. I called up Snoop’s agent, Brent Smith, who was at the William Morris Agency at the time. I said, “Hey, do you think you can make a call and get me an interview in Nashville?” He did. That was 17 years ago. 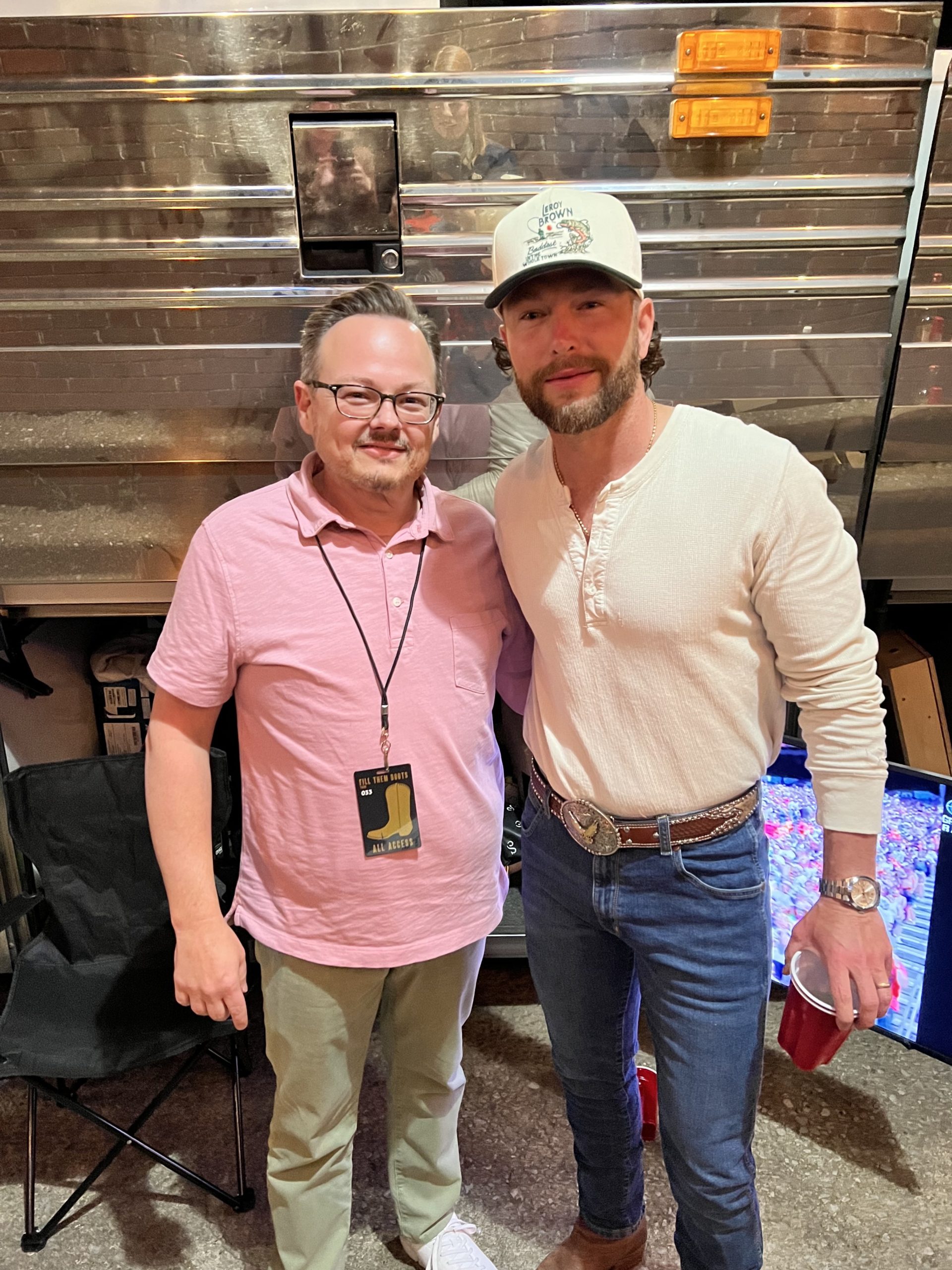 What was the transition like from management to touring?

When I took the job at The Firm, I also had an interview set up with the William Morris Agency in LA, but I took the job at The Firm because I felt having management experience would help me become a better agent in the long run. When I first started at William Morris, I took a job in the mail room. Then I worked with Jay Williams as his assistant for a year and a half, and soon after became an agent.

Who were some of your first big signings as an agent?

Cole Swindell was one of the first artists that I signed. I was booking clubs in the southeast. We had a lot of the same friends and I was hearing about him from everyone. He was selling t-shirts for Luke Bryan, so we knew each other. I called him and said, “Hey, I’ve been hearing about all the stuff you’re writing. I want to hear it.” He had Sony send me a CD. I looked at it the other day and four of the songs on the demo ended up becoming hits. 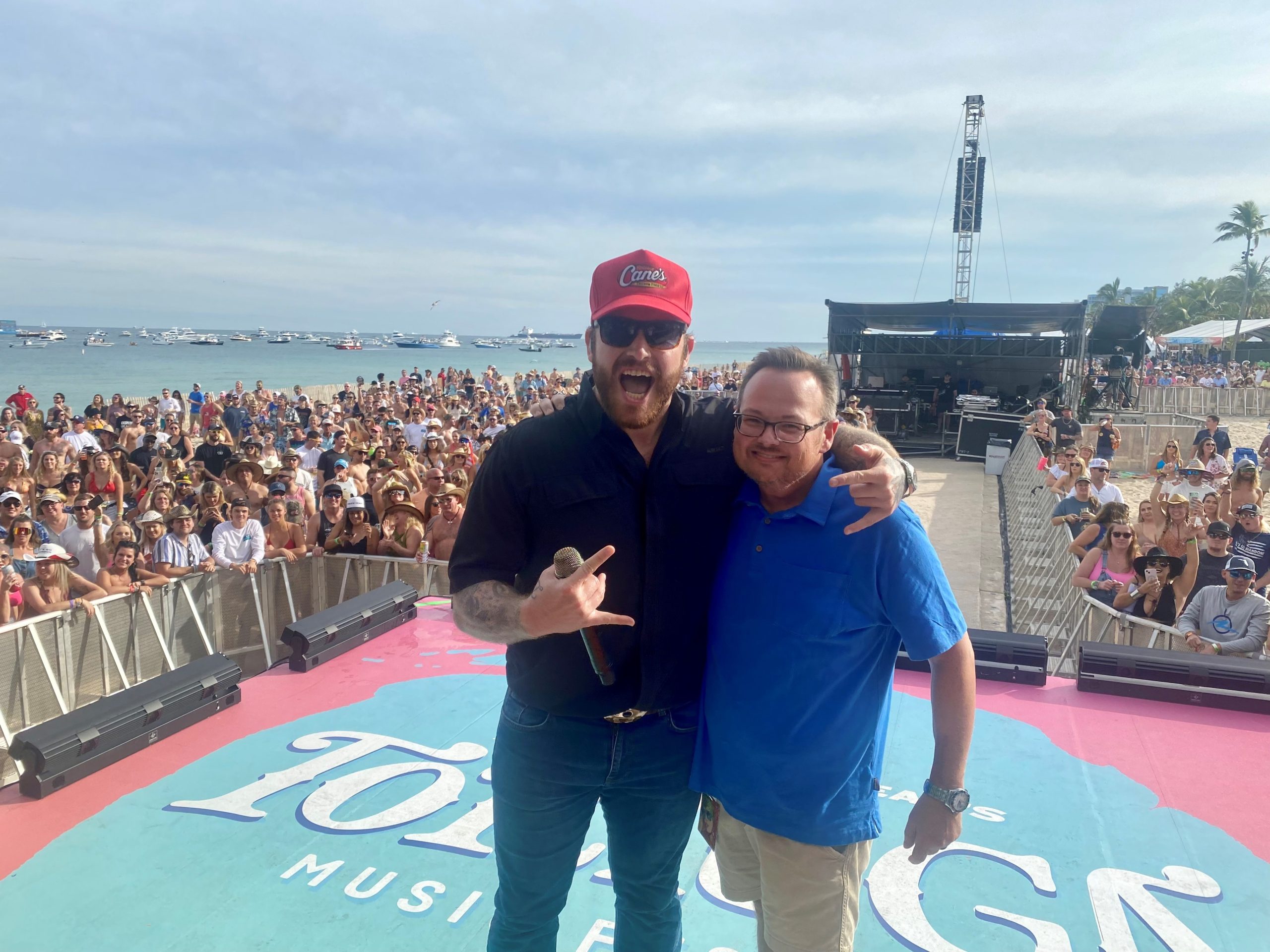 It would go back to Ed Sargent, who has now worked with Joan Jett for 20 years. He took a chance on me, a kid from a small town that knew nothing about touring, but had a passion for music. I’m not sure if I would have hired myself! (Laughs) Back in those days, jazz artists would tour a lot like rock artists where we would get on a tour bus and be gone for two months. It wasn’t the weekend warrior stuff that so many country artists do. Ed tells a funny story of when I called him before the first tour and said, “Hey man, I was just curious, do I need to bring my own pillow for the tour bus?” (Laughs) As if I were going to a summer camp.

In LA, Constance Schwartz taught me so much about how to treat people with respect, whether it be someone in the mail room, a bus driver, or an A-level client. She also taught me a really valuable lesson that I still use today, which is if you make a mistake, you do three things—you admit it, you fix it and you don’t do it again.

Since I started here in Nashville, definitely Jay Williams, Joey Lee and Greg Oswald. They all have such a unique perspective on the business. Greg, specifically, has a way of looking at big picture things that I may not see. Whether it’s a problem you’re dealing with at work or something you’re dealing with in life, I always feel better after I talk to Greg—which is ironic since I spent the first half of my career being terrified of him. (Laughs)

What are some of your goals now?

The goal has always been happiness. To be able to do what I love with the people I love—artists, coworkers and industry partners. I moved to town not knowing anyone, so this company—WME—became my extended family. My best friends are here. If I’m going to go into battle, these are the people I want to be in the trenches with.